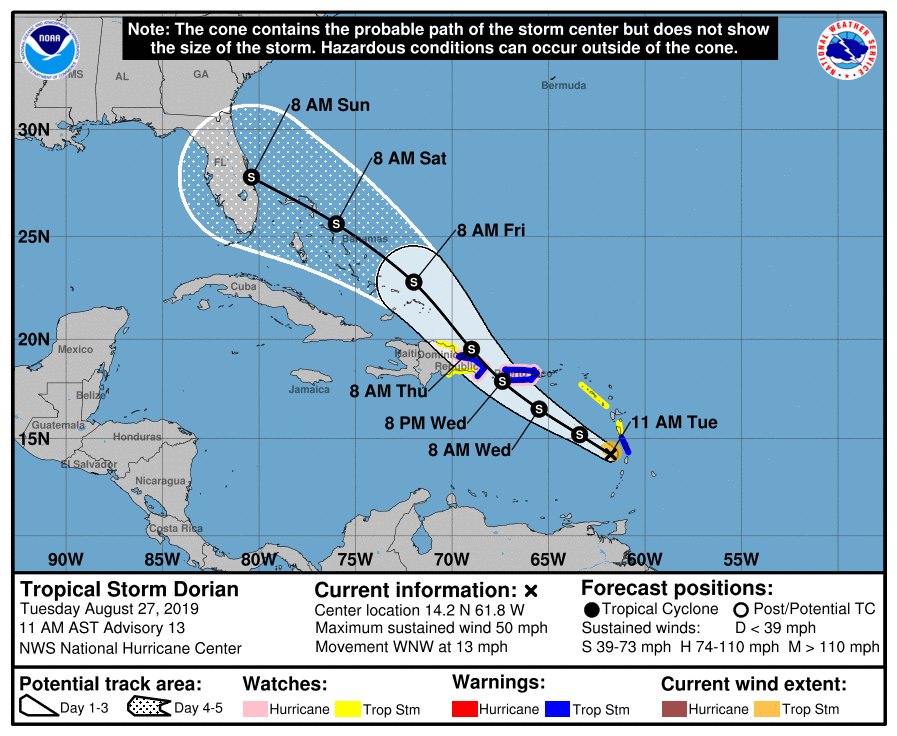 It’s a very specific modelled loss estimate for the impact the insurance and reinsurance industry may face from hurricane Dorian, with the Bahamas the source of the brunt of the costs.

For the Bahamas KCC estimates a $3.62 billion insured loss, with another $23 million in the Caribbean coming from Puerto Rico and $84 million from the U.S. Virgin Islands.

The total loss in the Caribbean and Bahamas is towards the lower end of risk modeller RMS’ recent estimate, who pegged Dorian’s impacts to the islands as between $3.5 billion to as much as $6.5 billion.

While AIR Worldwide said hurricane Dorian is estimated to have caused an insurance industry loss in a range from $1.5 billion to as much as $3 billion from its impacts to the Caribbean islands.

KCC’s industry loss estimate, which it derived using its , is based on in the U.S. on privately insured wind and storm surge damage to residential, commercial, and industrial properties and automobiles, but does not include NFIP losses. The loss estimates for the Caribbean includes insured losses to commercial, residential, and industrial
properties, but not automobiles.

As ever, modelled loss estimates show a significant range, reflecting the fact it is still so soon after the hurricane and also the challenges faced with coming up with figures to satisfy the insurance and reinsurance industry so soon after loss events.