Insurance-linked securities (ILS) and reinsurance linked investment funds saw a below-average return of 0.25% in June 2016, as some ILS funds that invest in private and collateralized reinsurance deals were hit by losses from European flooding and the Jubilee oil field FPSO loss.

The private ILS funds of the world have taken a much greater number of losses in recent months, which demonstrates the increasing breadth of coverage they offer, growing diversification within their portfolios, as well as the frequency of more severe losses occurring.

In May, the Eurekahedge ILS Advisers Index reported that the group of ILS and reinsurance linked investment funds it tracks rose by just 0.12%, as the impact of the Fort McMurray, Canada wildfires hit performance of the private ILS fund segment.

Now, for June 2016, the Eurekahedge ILS Advisers Index reports an average performance of 0.25%, as once again global catastrophe loss events hit the private ILS sector. That is a below average month, with the historical June average being 0.46%. Year-to-date, the ILS fund Index reports a return of 1.93%, which is the third lowest first-half return since 2006.

Events of note that hit the ILS sector in June include severe European flooding which caused large losses for insurers in the region, especially in France and Germany. Industry losses of round $2.3 billion in France and $1.14 billion in Germany caused some re/insurers to call on reinsurance or retrocession layers, including some private ILS contracts.

Another notable event that hit some private ILS funds in June was in the energy sector, with losses from the Jubilee oil field in Ghana, where a floating production, storage and offloading vessel (FPSO) suffered a fault to a bearing on the turret, causing a loss of production of around 15% per day.

Claims for the Jubilee FPSO loss are coming through marine hull, energy and business interruption lines, with estimates suggesting an insurance and reinsurance industry loss in the region of $1.2 billion to $1.25 billion.

The Jubilee FPSO event has hit some private ILS contracts, for funds which have expanded their underwriting remit to include marine or energy reinsurance and retrocession. Additionally, we understand some reinsurance sidecars have also suffered an impact from this event.

In fact, sources told us that one ILS fund saw negative performance in June purely due to the impact of claims due to a contract exposed to the Jubilee FPSO loss, helping to underline the fact that ILS investing really is no longer just about property catastrophe risks.

The European flooding and Jubilee FPSO loss had the largest impact on private ILS funds, but overall “Global events caused some impact to ILS funds but the losses remained limited,” ILS Advisers explained.

Stefan Kräuchi, founder of ILS Advisers, explained ILS fund performance in June; “31 funds represented in the Eurekahedge ILS Advisers Index made positive returns. The difference between the best and the worst performing fund was 1.56 percentage point.

Once again stable catastrophe bond total returns in June helped by contributing positively to the performance of the ILS fund market as a whole.

The ILS Advisers Index tracks 33 ILS funds in total, so two were negative for the month likely both due to the loss events detailed above.

June serves to remind investors in ILS funds that losses can be experienced from frequency type catastrophe events, and it does not always take a $100 billion dollar industry event for ILS funds to shoulder some of the burden.

As the ILS sector has expanded its remit, to cover additional lines of business, aggregation risks, and generally moved its coverage down the reinsurance tower, a year like 2016 when we see a greater number of small to medium-sized catastrophe losses can be expected to impact the sectors performance.

“Higher than normal losses might impact the ILS fund performance adversely,” warned Kräuchi, as he emphasised the fact that frequency of catastrophe events matters almost as much as severity to a broadly diversified ILS portfolio.

And this is important to note, as if catastrophe frequency is on the rise, as some scientists and meteorologists insist, then diversification within ILS portfolios could become increasingly important, both on a peril and geographic basis, for the asset class to maintain its stable returns. 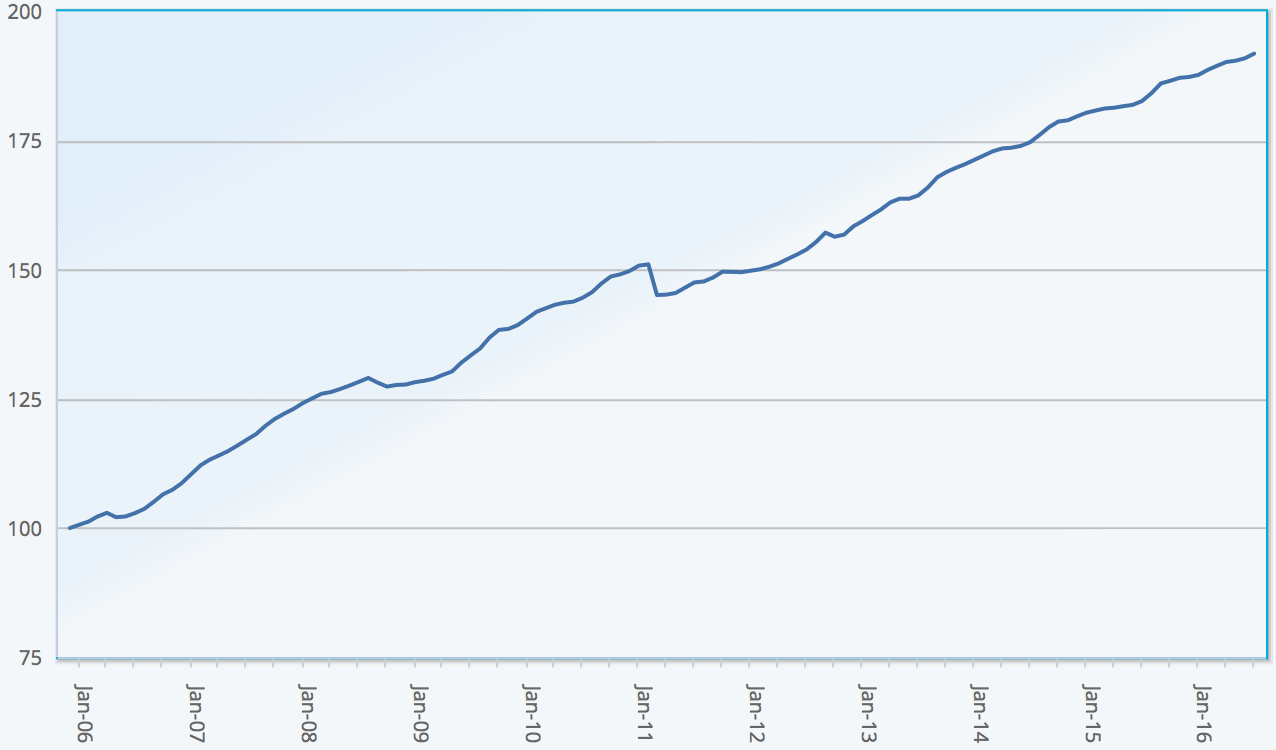