The insurance and ultimately reinsurance market caused by damage to and the resulting production shutdown of the Kwame Nkrumah FPSO (floating production, storage and offloading) vessel operating on the Jubilee oil field, Ghana, looks closer to settling as the loss creep from business interruption has slowed down. 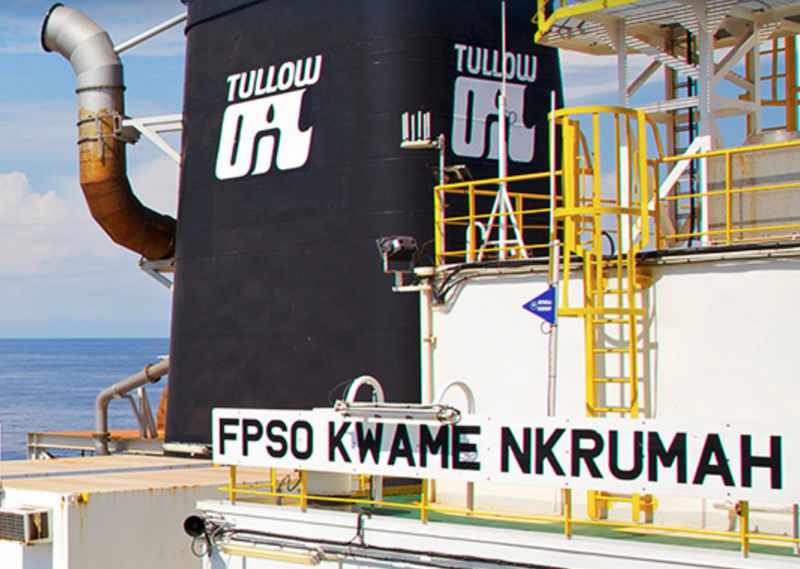 The Kwame Nkrumah floating production, storage and offloading vessel (FPSO), operated by Tullow Oil on the Jubilee oil field off Ghana, Africa, experienced a bearing fault on its turret in March 2016, resulting in a loss of production of roughly 15% of output per day.

That triggered an insurance policy claim under a Hull & Machinery cover for Jubilee which Tullow Oil confirmed and also triggered an ongoing business interruption claim as well, given repeated shutdowns as well as the reduced output issue.

The Jubilee FPSO has become one of the largest man-made or industrial insurance and reinsurance losses of recent years, but given the loss of production continued into 2019, the business interruption losses have continued to flow through to the market as well.

As we explained back in 2017, industry loss estimates for the impact to insurance and reinsurance markets suggested a market-wide cost of up to $1.5 billion from the Jubilee oil field FPSO loss

That estimated figure of $1.5 billion only included the business interruption claims to mid-2017 though and further shutdowns and reduced production continued, allowing Tullow Oil to continue to claim.

Tullow Oil said it expected to continue to benefit from this business interruption claims boost into 2019 while production continued to be affected, something that has continued to be the case but at a clearly much slower rate.

Tullow Oil has only reported $29 million of additional revenue from business interruption claims in the first-half of 2019, equivalent to 1,300 barrels of oil per-day.

For comparison, the insurance payments for business interruption had been equivalent to as much as almost 12,000 barrels per-day back in early 2018.

As a result, the Jubilee FPSO in Ghana will be Tullow Oil’s most productive platform in 2019, the company expects, a significant bounce back from recent years.

The insurance and reinsurance industry loss from Tullow Oil’s Jubilee FPSO damage and shutdown had risen to around $1.75 billion on the back of the business interruption claims, running through to when we last reported in September 2018.

Adding on the subsequent business interruption claims suggests that the Jubilee FPSO market-wide insured loss is likely getting closer to $1.85 billion by now, including hedging type capacity and pillared retro impacts experienced over the almost three years since the loss.

However, we understand a better reflection of primary reinsurance market losses would be somewhere between $1.4 billion to $1.65 billion, excluding all the retro and additional hedging.

We spoke with Tom Johansmeyer, Co-Head of Property Claim Services (PCS), to get greater clarity on how the loss has developed. PCS tracks the energy market losses under its PCS Energy product.

Johansmeyer explained, “The business interruption largely ran out in March, we understand. Now the big question is negotiating over PD, estimated at $650 million currently.

“My understanding is now there will be some negotiation between PD and BI based on the operations decisions around moving the platform and the subsequent implications for repair costs. Market estimates currently range from around $1.44 billion to $1.57 billion, we at PCS believe.”

A number of collateralised reinsurance, retrocession and ILS fund markets had been hit by the Jubilee loss event in 2017 and 2018, but the ongoing business interruption is not expected to have affected these positions.

In addition, it’s understood that ILS funds had largely commuted their contract exposure to Jubilee, meaning the BI loss creep could not hit their funds any more. However, some traditional insurance, reinsurance and retro providers will have been supporting the continued slow drip of claims, where coverage remains intact.