Inflows of fresh institutional capital into the insurance-linked securities (ILS) market are continuing to be seen, the reinsurance arm of broker Aon confirmed, but it remains at a slower rate and is seeking a higher return.

ILS inflows tumbled over the last year, as ILS funds and their managers got to grips with the consecutive years of heavy catastrophe losses and dealt with the still-continuing loss creep.

As a result, the ILS market saw its assets under management contract by approximately 4% during the first-quarter of this year, but then alternative capital stabilised in Q2 Aon noted, suggesting the recovery has continued and may now be almost complete.

The dip in ILS and alternative reinsurance capital meant the market was around $93 billion at the end of June 2019, according to Aon’s data. 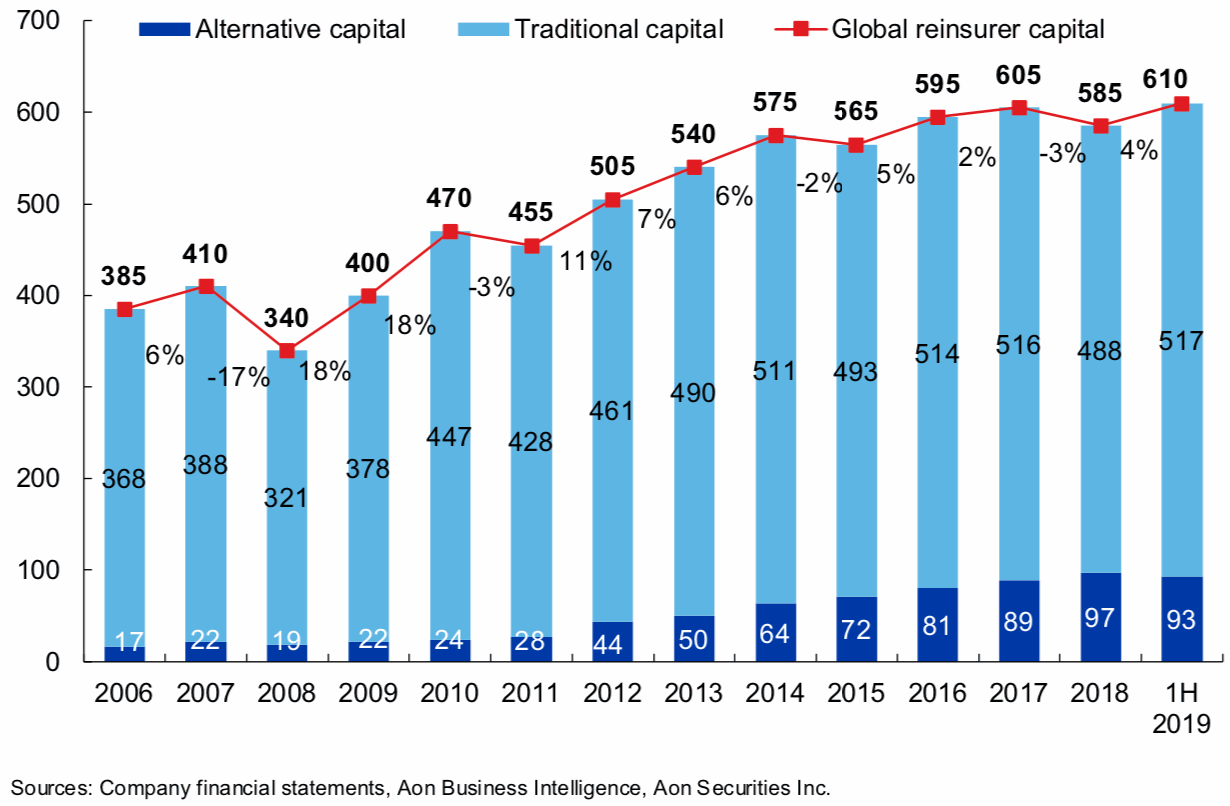 With collateralised reinsurance making up the bulk, followed by catastrophe bonds, sidecars and industry-loss warranties (ILW’s).

Significant ILS capital remains trapped, roughly $15 billion it is believed. But this is gradually unwinding and some will be released back to its investors and fund managers in the months to come.

Hence, the gradual recovery from loss activity continues, positioning ILS markets well for the year ahead.

The new capital that continues to flow into ILS funds is targeting “a continued widening range of exposures,” the broker explained.

But the slowdown in inflows seen are down to a number of factors, all of which will require the further attention of both insurance and reinsurance markets on the traditional side, as well as ILS fund managers on the alternative.

An increasing number of recent reports suggest that uncertainty over climate change and the perception of it have affected inflows into the insurance-linked securities (ILS) sector, while at the same time reinsurance company shareholders are looking for greater evidence the risk is being accounted for.

There is a question on whether the models are adequately accounting for it. But at the same time the evidence for change impacting loss frequency and severity remains patchy and so there are also some in the sector that are less keen to push for any urgent change.

Aon notes that, “Enhancements in model clarity and refinements in contract language are expected to result in the resumption of growth on a more sustainable basis, once recent losses have been fully digested.”

But the recent market stresses have also driven a flight to quality.