The average return across insurance-linked securities (ILS) and reinsurance linked investment funds was 0.4% in July 2016, as premium allocation rose due to the U.S. hurricane season but still three of the ILS funds tracked reported negative returns due to the continued impact of losses.

After two months in May (Canadian wildfires hit ILS funds) and June (European floods and an energy loss hit ILS funds) where catastrophe and man-made losses hit the ILS fund market, July saw quieter catastrophe loss activity helping the group of funds tracked to a better return, albeit below the historical average of 0.56%.

According to the Eurekahedge ILS Advisers Index ILS and reinsurance linked investment funds rose by 0.4% on average in July, taking the average year-to-date performance to 2.25% across the group of 33 ILS funds.

Not all funds had a positive month though, with 3 out of the 33 ILS fund tracked by ILS Advisers suffering a loss or negative return for July. This will either be related to losses or loss adjustment booked in July from events that occurred in prior months, which ILS Advisers said is most likely as no funds had reported new losses to it.

However there is also a slim chance that it could be due to the estimated $1 billion or more of insured losses from severe convective storms that occurred in the U.S. during the month of July, the only event likely to have been covered at all by any ILS contracts, but at this stage we cannot be certain.

Reflecting the lower return environment in reinsurance and ILS, the 2.25% average year-to-date return is now the second lowest figure since 2006, according to ILS Advisers. It is expected that the returns will accelerate in the next few months as the contribution made to private ILS deal premium rises as we pass through the peak of the U.S. hurricane season.

So in July 30 of the ILS funds tracked by ILS Advisers reported positive returns, with the difference between the best and worst performing a gap of 2.71%, which demonstrates the range of return strategies available.

ILS funds investing solely in catastrophe bonds were up by 0.38% as a group, while those funds that also invest in private ILS rose by 0.42%.

However, interestingly private ILS funds are underperforming on an annualised basis, being 0.5% down at this stage and having underperformed cat bonds funds for 3 consecutive months. That is unusual, but can be explained by the fact that catastrophe losses have hit private ILS and collateralised reinsurance in recent months, while catastrophe bonds have remained unscathed.

So far 2016 has seen pressure on private ILS funds due to the frequency of losses paid, as catastrophe activity has rebounded somewhat. This also puts more of a focus on the aggregate covers that are in the market as well, some of which will still be accumulating qualifying losses that could come back to haunt reinsurance and ILS players later this year if frequency continues to be higher.

Additionally, cat bond return performance has been buoyed by supply and demand factors in the market, as insufficient supply helps to force up secondary marks.

Stefan Kräuchi, founder of ILS Advisers, commented; “Primary issuance is still not enough to satisfy strong investor demand of deploying cash. As a result, cat bond returns continued to be stable and contributed positively to the performance of ILS funds.

“Secondary market was heated by investors who are eager to place cash but feel it hard to find supply. As a result, cat bond prices were up by 0.12% and total return was up by 0.60% based on the Swiss Re Cat Bond Indices.”

Looking ahead though, private ILS funds and collateralised reinsurance contracts should start to see greater premium contribution as we move through the peak U.S. wind season, which should help them to accelerate their returns and eventually overtake the cat bond fund group.

“Entering U.S. hurricane season, we see increased premium being allocated and we expect the reasonably strong performance to persist in the second half of the year and private ILS funds are likely to overtake pure cat bond funds, if no major events happen,” Kräuchi explained.

ILS fund returns remain depressed by lower pricing and now the catastrophe experience of recent months has depressed the average further. But still, the market continues to offer its investors an attractive yield, compared to the broader global investment landscape while still providing a relatively uncorrelated return.

It will be interesting to see whether August’s returns are impacted in any way by continued booking of losses from prior months or the recent Italian earthquake, or whether we return to a more typical state where all of the ILS funds tracked report positive performance. 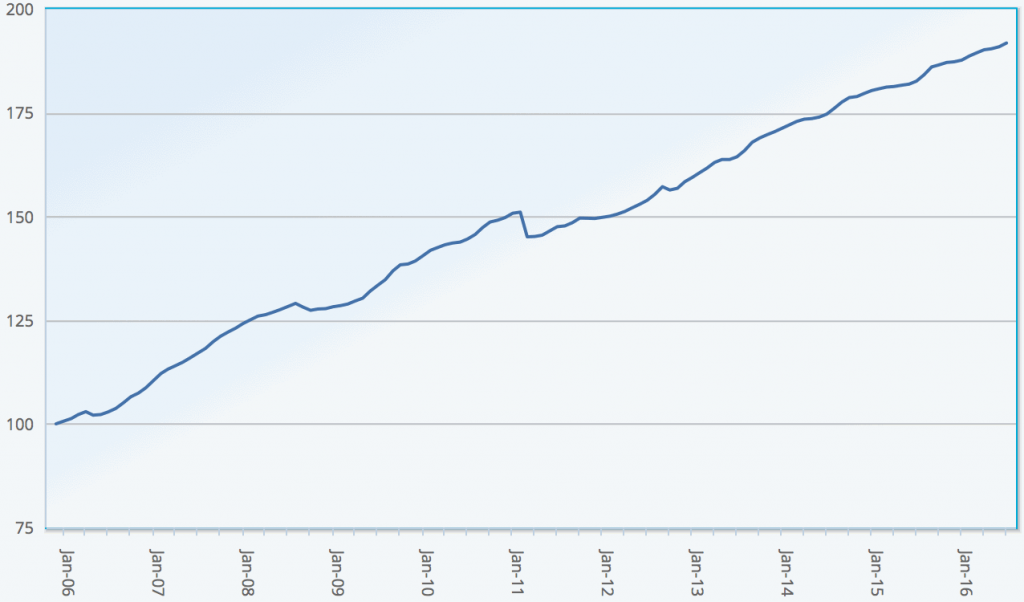