Insurance-linked securities (ILS), pure catastrophe bond and reinsurance-linked investment funds have managed an average return of 5.18% for the full-year 2016, which is up almost a percent from 2015’s 4.24%.

ILS fund investors have had a better year in 2016 despite the much higher prevalence of loss events that impacted the sector, largely on the private ILS and collateralised reinsurance side of the market.

It’s testament to the increasing diversification and larger fund sizes within ILS and collateralised reinsurance, that despite being hit by numerous loss events managers ended the year on a positive note.

In fact 2016 saw the highest amount of insured losses hitting the insurance, reinsurance and ILS sector since 2012, but according to the Eurekahedge ILS Advisers Index the return of the ILS fund market was not far below 2012 or 2014 at all, despite the generally much lower reinsurance pricing and returns we now see.

Of course, there is also the fact that some ILS funds have moved along the risk-curve a little, in search of a more robust return and that has helped to boost the return of the market somewhat.

December 2016 actually saw a below average ILS fund return of 0.16%, well below the long-term average of 0.45%. That took the ILS Advisers Index of 34 ILS funds to an annual return of 5.18% for 2016, which while below the long-term average of 6.4% (no surprise given the lower reinsurance rate environment) is still an attractive return for a diversifying asset class with low correlation to wider financial markets.

Stefan Kräuchi, founder of ILS Advisers, commented; “The December return of Eurekahedge ILS Advisers Index is 0.16%, much lower than the average historical December monthly return of 0.45%. The whole year return for 2016 is 4.23%, lower than the 11 year average of 6.4%, the 4th lowest figure since 2006. However, the return is improving from last year.”

Interestingly, only 27 of the 34 ILS funds covered by the Index were positive in December, and the gap between best and worst performing fund again displayed the wide range of strategies and returns at 3.19%. Six of these negative funds were cat bond funds.

Pure catastrophe bond funds suffered in December, coming in at -0.03% for the month. However the group of funds that also invest in private ILS and collateralised reinsurance fared better at a positive 0.30% return.

Pure catastrophe bond fund returns helped in 2016 as well, coming in significantly higher than in the prior year. In 2016 pure cat bond funds average a 4.31% returns, compared to the just 1.93% achieved in 2015. Private ILS funds saw an average return of 5.68% in 2016, beating their 2015 return of 5.4%, despite the much higher level of losses suffered this year.

So on an annualised basis private ILS funds outpaced pure cat bond funds by 1.37%, which demonstrates that higher returns are certainly possible, although the risk exposures are higher as evidenced by the more frequent reserving and losses in 2016 at private ILS funds (of course making diversification so important).

So a better year for ILS fund investors in 2016, which those of our readers who follow the sector will know is positive given the higher level of attritional events experienced. The return levels achieved this year will help to attract new investors to the sector, as ILS demonstrates its ability to maintain relatively stable, attractive returns even as losses rise. 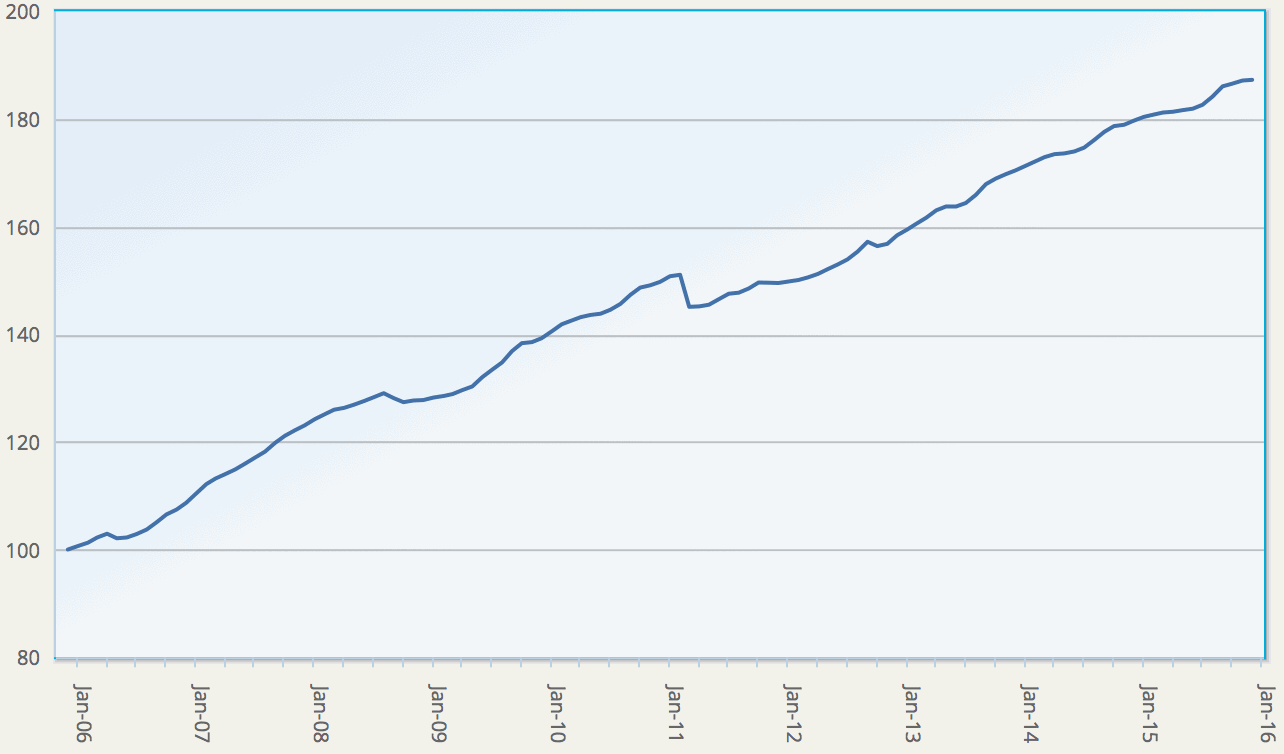 You can track the Eurekahedge ILS Advisers Index on Artemis here, including the new USD hedged version of the index. It comprises an equally weighted index of 32 constituent ILS funds which tracks their performance and is the first benchmark that allows a comparison between different insurance-linked securities fund managers in the ILS, reinsurance-linked and catastrophe bond investment space.