Insurance-linked securities (ILS) and catastrophe bond funds gained 0.87% for the month of November 2022, with continued recovery among some ILS funds after hurricane Ian, especially for those that had fallen most significantly the month that storm occurred. 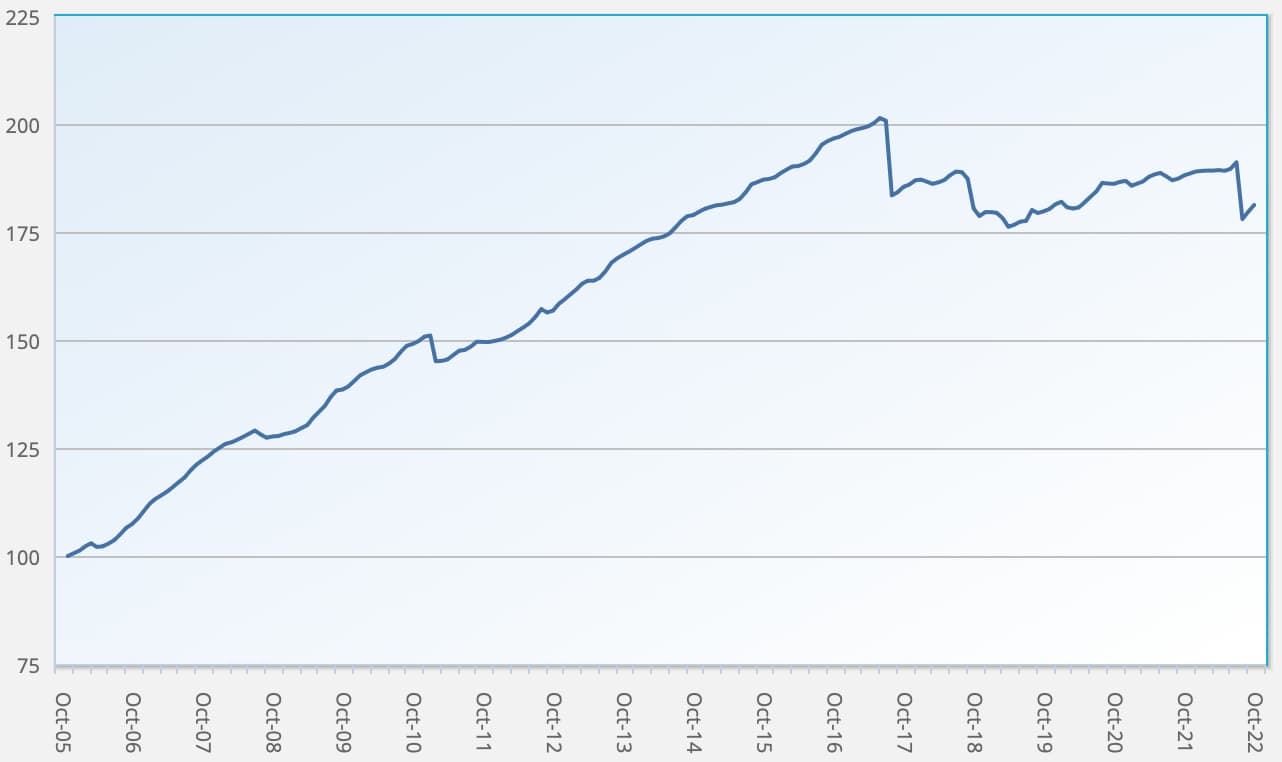 It’s the second month in a row of strong ILS fund performance in the wake of hurricane Ian, as some loss estimates proved to be higher than necessary, resulting in a recovery on both the catastrophe bond and private ILS fund sides of the market.

In October the ILS funds averaged a 0.97% gain as these recovery effects began to be reported.

For November 2022, ILS funds have reported another average gain of 0.87%, according to the Eurekahedge ILS Advisers Index, which is the strongest November performance in the history of this Index, so since at least 2006.

However, the dispersion of results remains quite large, with some ILS funds performing far better than others in November.

The cat bond market saw a 0.81% price return and a 1.64% total return for the month, according to Swiss Re’s index.

That helped the pure cat bond funds tracked by this Index as a group average a 0.84% return for November.

On the private ILS fund side, where investments into collateralized reinsurance and retrocession are also made, the average return of these ILS fund strategies was slightly better at 0.9% for the month.

Out of the 22 ILS funds reporting to the Eurekahedge ILS Advisers Index, only 16 were positive for the month though, with 6 reporting negative returns as some ILS funds continued to suffer the effects of past catastrophe loss activity, mainly Ian.

The performance gap was therefore wide, with the worst performing ILS fund tracked reporting a -1.45% return for November 2022, while the best performing reported an impressive +3.8% return, reflecting the wide range of risk and return strategies available in the ILS market.

Commenting on the results, ILS Advisers explained, “As more information becomes available out of Florida, losses related to hurricane Ian seem to be somewhat lower than previously expected. This prompted a further recovery in some of the Florida exposed positions in November.

“Managers which fell heavily in September tended to further recover in November as loss information released by cedants in Florida came in better than expected.”

It’s worth noting that, at the time of reporting, the Index result for November only includes reports from just under 85% of the constituent ILS funds that normally make up the Index, so the average return is likely to change once all data is available.

You can track the Eurekahedge ILS Advisers Index here on Artemis, including the USD hedged version of the index. It comprises an equally weighted index of 26 constituent insurance-linked investment funds which tracks their performance and is the first benchmark that allows a comparison between different insurance-linked securities fund managers in the ILS, reinsurance-linked and catastrophe bond investment space.