ILS business volumes to rise at Hannover Re in 2019: Henning Ludolphs

Insurance-linked securities (ILS) related business volumes are expected to increase at reinsurance firm Hannover Re in 2019, part of which will be driven by the continued expansion of the sector, Henning Ludolphs believes. 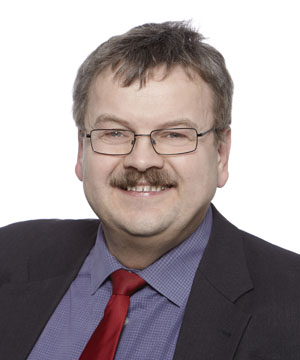 Hannover Re has become increasingly active in the ILS sector, providing fronting and risk transformation services for collateralised reinsurance transactions, as well as for both cat bond lite and full 144a catastrophe bond transactions.

In 2018 the company worked on the issuance of a number of full catastrophe bond transactions, helping sponsors to access the capital markets for a source of reinsurance capital.

As well as these 144A cat bonds, Hannover Re has also been particularly active in the cat bond lite, or private cat bond, space.

Just in the last weeks of the year and first weeks of 2019, Hannover Re worked on the issuance of nine series of Seaside Re private cat bonds and another transaction under the LI Re name, all of which have been issued using the segregated accounts of its transformer vehicle Kaith Re.

That’s just the risk transformation and securitisation business at Hannover Re, it doesn’t encompass all of the fronting for collateralised sources of reinsurance capital that the reinsurer performs as well.

Speaking to Artemis, Henning Ludolphs, Managing Director of Retrocessions & Capital Markets at Hannover Re, explained, “Collateralised fronting follows the traditional reinsurance renewals and hence we were active. On the transformation of catastrophe bonds we were active in 2018 and are currently involved in transactions.”

Despite the fact so many of these private cat bonds were issued towards the end of the year, Ludolphs stressed that this business is not tied to renewals only and the reinsurer can assist ceding companies and investors to transform and securitise their risks at any point in the year.

On the private cat bond issues, Ludolphs explained, “We try to bridge requirements from ceding companies and investors so that all parties involved have interest in successful transactions.”

With the nine Seaside Re cat bonds issued around the year-end, Ludolphs said that, “These are not linked to our retrocession programs,” but added that “The techniques involved however could also be used for own retrocessional purposes.”

On the subject of retrocession, Hannover Re renewed its flagship collateralised reinsurance sidecar vehicle K-Cessions at the renewal, as we’d mentioned previously here.

“We have increased the capital placed on K just shy of $40 million to now an overall capital placement of little higher than $640 million,” Ludolphs said, adding that “Around two thirds of our retrocessionnaires on K-Cession come from capital markets.”

Looking ahead Ludolphs said, “We expect to remain active in the collateralised fronting and catastrophe bond transformer business.”

Given the fact one of the main fronting reinsurance firms has now exited this business, Tokio Millennium Re, there is a gap left that Hannover Re could take advantage of if it chose to.

We understand that the firm wouldn’t seek to replace all of the fronted capacity that TMR had been providing, but is likely to benefit from the absence of an experienced competitor in this space. Others are expected to try to fill the gap left by TMR’s exit, but at this time it’s not clear who that will be or how successful they will be in adopting this method of business.

Ludolphs expects the Hannover Re ILS business activities will increase in 2019 and he’s also bullish on the ability of the ILS market to continue expanding as well.

“Our overall ILS business volume should increase,” he explained. “For the ILS market I expect a slight increase in volume.”