Insurance-linked securities (ILS) and collateralised reinsurance capacity was seen as almost unchanged at the key January 1st 2019 renewals by Hannover Re, but the reinsurer’s CEO noted that its retrocession program was a little harder to place due to an ILS market pull-back there. 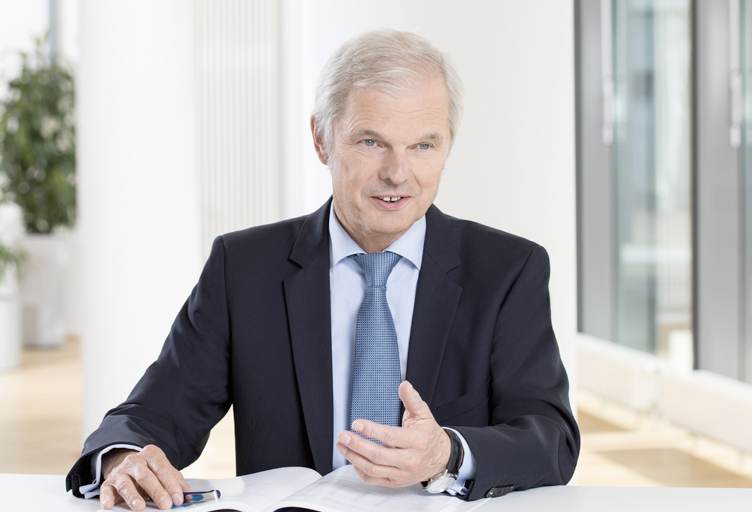 The reinsurer gave its views on the reinsurance market renewal conditions at 1/1 this morning, saying that it significantly increased the size of its book even though pricing increases were only seen as slight.

Speaking during a media conference this morning, CEO of Hannover Re Ulrich Wallin said that the reinsurance firm noticed the dip in ILS capacity, but also said it was almost unchanged and that in reality capacity continues to outweigh demand in reinsurance markets.

“Market conditions are dominated by the fact capacity that is offered is still outpacing the demand for reinsurance, so the market is fundamentally a buyers-market rather than a sellers-market,” he explained.

Adding that the reinsurance market capital base proved resilient to the catastrophe losses of 2017 and 2018.

Despite the consecutive years of heavy losses, which Wallin said were “not good for the reinsurance market” he said that “the capital base was intact and shows the market is resilient to loss years like 2017 and 2018.”

“This was true for the traditional market and for the ILS market, which despite some of the funds experiencing losses 2 years in a row, still offered almost unchanged capacity,” Wallin explained.

He went on to say that after the catastrophe losses in 2017 there were significant inflows being invested into the ILS market, resulting in ILS capacity for 2018 actually being higher than in 2017.

Clearly ILS investors were expecting stronger rate increases after the losses and profitability for investors was expected to be higher than the previous year as a result, he said.

But, “As everyone moved in the same direction not a lot happened in the market and the expectation for significantly higher cat price was disappointed,” Wallin continued.

This wouldn’t have been so bad if 2018 had seen a low-level of losses, but as we now know losses were higher again and ILS markets impacted further.

“So instead of making more than expected, actually many of the ILS funds had another loss year in 2018,” continued Wallin, adding that, “Investors were not overly excited about that and managers got more cautious, so capital was not flowing in at the same rapid pace it was at the end of 2017.”

A slightly smaller amount of ILS capital doesn’t seem to have dramatically affected the reinsurance market overall, but perhaps has contributed to reinsurance firm’s such as Hannover Re’s appetites for underwriting increasing, as they sought to capitalise on a dented ILS market.

But the one area of the market where reinsurers like Hannover Re have felt the effects of dented or slightly lower ILS capacity is in retrocession.

This was the specific area of the renewal most affected by ILS collateral being trapped and the heavy losses suffered by a number of collateralised retrocessionaires and ILS funds.

Hannover Re noticed this, with Wallin saying that at the January renewal, “Outgoing capacity was difficult to place because the majority is being placed in the ILS market and as this market suffered losses they were not really providing capacity.”

Hannover Re has successfully placed its major retrocession sidecar K-Cessions for 2019 having marketed it before the renewals, we understand, but had other indemnity retro to buy including catastrophe retro.

K-Cessions was placed at just slightly over $640 million for 2019, an increase of roughly $40 million from the 2018 size of $600 million for the sidecar vehicle that forms the backbone of Hannover Re’s retro program.

It’s likely that it was this area the reinsurer found capacity a little lacking from some of its regular trading partners of recent years, some of which will have been backed by ILS capacity and fund structures.

However, despite finding its retro program harder to place, Wallin said that it still managed to do so and even with the collateralised retrocession capacity crunch the reinsurer still found pricing acceptable.

“None the less, we kept our retro programme largely unchanged and pricing largely unchanged as well,” he explained, which means that going forwards Hannover Re could increase its natural catastrophe budget but maintain the same level of risk appetite across it.