ILS an option to consider for SiriusPoint: CEO Sankaran

SiriusPoint, the new Class of 2020 international insurance and reinsurance firm being launched out of the coming together of Third Point Re and Sirius Group, sees ILS as “an option to consider” in terms of its capital use, CEO Sid Sankaran told us in an interview. 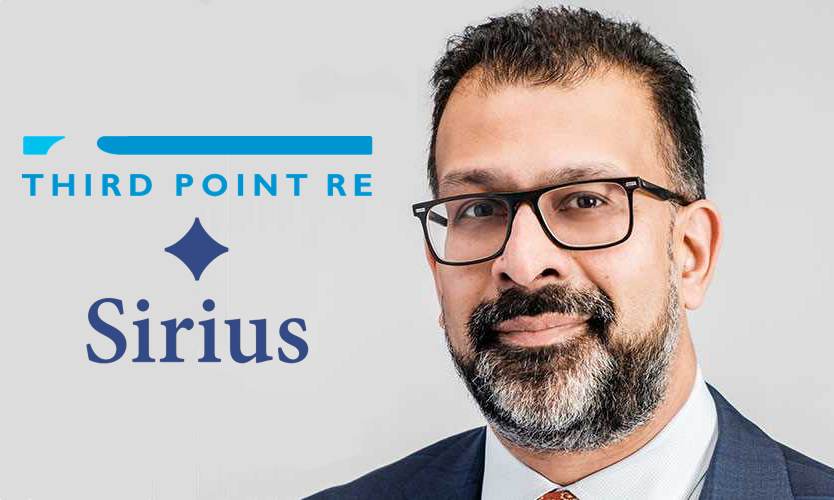 Speaking with Artemis and our sister publication Reinsurance News this week, incoming SiriusPoint CEO Sankaran explained that the use of insurance-linked securities (ILS) capital, from third-party investors, will be based on the need for capital and how it aligns with its underwriting priorities.

The announcement on the cash and stock acquisition was made last week.

Discussing the current platforms of the two companies and where third-party capital may fit best, Sankaran highlighted the potential for ILS investors to have a role to play.

On Third Point Re, Sankaran explained, “At the moment Third Point Re does not rely on third party capital for its capacity, only having recently begun to write property cat business at 1/1/19. A small amount of retro is purchased to fine tune its portfolio.”

But in the case of Sirius Group he said, “Sirius has a series of sidecar-like quota share arrangements with a number of partners.”

Sirius has been utilising collateralised quota share reinsurance arrangements as a way to share in its underwriting profits and losses with third-party investors, while leveraging their appetite as a source of protection.

It’s been effective for the company, as its third-party capital business has helped to moderate its catastrophe losses over recent years, while also driving some fee income.

Third Point Re did have a dedicated catastrophe investment fund in the past, but in recent years had reduced its catastrophe risk underwriting.

The reinsurer had increased its writings of property catastrophe business of late, as a way to enhance its business mix and results, but this had not become significant enough to warrant much third-party capital input.

Looking forward, Sankaran told us that once the deal is completed, “ILS will certainly be an option to consider as SiriusPoint considers how to best align its capital and business opportunities.”

Whether as reinsurance and retrocession, or in aligned structures such as the private collateralised quota shares already in use at Sirius, or something more meaningful like a fund structure, SiriusPoint, as a newly launched re/insurer, is almost certain to have a role for ILS capital to play in its business structure as things develop.