Losses from recent hurricane Ida have reached the per-event retention level in Assurant’s reinsurance program, while the company also said it had to pay a premium to reinstate the second layer of its tower.

Which suggests that Assurant’s hurricane Ida losses have risen through the first layer of its catastrophe reinsurance tower and eaten into its second, causing the reinstatement premiums to need paying. 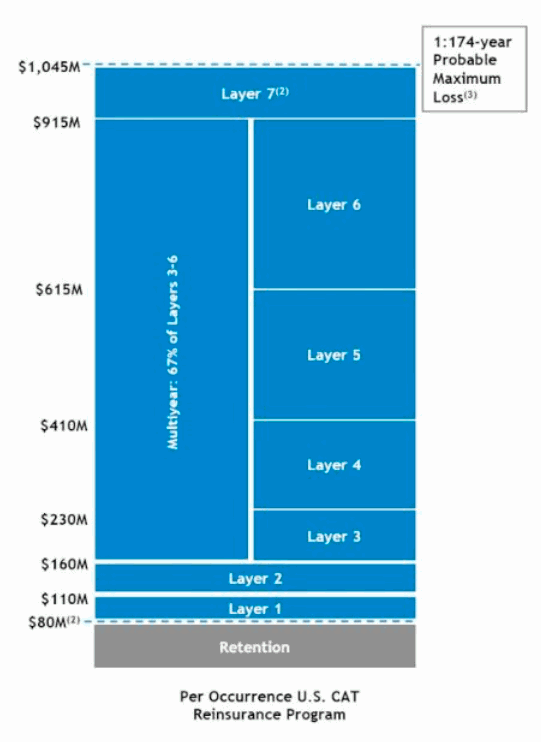 Assurant’s per-occurrence catastrophe reinsurance tower (right) features an $80 million retention, on top of which is a $30 million first layer, followed by a $50 million second layer.

Assurant said that it expects to record around $99 million pre-tax, or $78 million after-tax, of catastrophe losses in its Global Housing segment for the third-quarter of 2021.

Which suggests that the hurricane Ida loss has risen above the $110 million level, where the second layer of its per-occurrence reinsurance tower attaches.

The rest of Assurant’s third-quarter catastrophe losses were primarily related to the wildfires in California, the insurer said.

After Q3, Assurant’s per-event retention for second and third events now drops down to $55 million for hurricane and earthquake perils only.

Assurant said that its third-quarter losses were primarily in its lender-placed and manufactured housing products, with hurricane Ida losses driven by heavy wind and, to a lesser extent, flooding, mainly in Louisiana.