Hanjin re/insurance loss could be half a Tianjin ($2bn): Credit Suisse

The insurance and reinsurance sector could ultimately face a loss of as much up to $2 billion due to the financial collapse and bankruptcy of Hanjin Shipping this year, according to analysts at Credit Suisse. If that size of loss manifests, it has the potential to seep through to ILS funds investing in specialty risks. 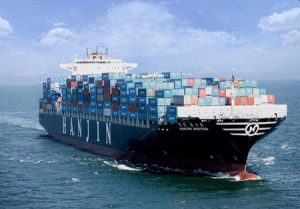 Credit Suisse’s insurance equity analysts believe that the industry will face losses either in their results this quarter or next, depending on when they log estimates for the coming business interruption impact.

The Hanjin Shipping company suffered a spectacular financial collapse earlier this year, resulting in a technical insolvency and a need to restructure debt and causing cargo ships and containers to be stuck at sea, in ports and dockyards around the world.

The risks of cargo being delayed, stuck outside ports, on the quay side, in warehouses and generally not reaching its final destination, are one of the marine cargo areas of specialty insurance where losses can accumulate quickly.

Hanjin Shipping’s insolvency came after its creditors pulled its line of credit and at that time the company had an estimated 530,000 teu’s (which are 20ft container equivalent amounts of cargo) being carried on its fleet or in its care in transit.

To give an idea of the scale of Hanjin, it is said to carry around 7% of the cross-Pacific cargo each year, which is an enormous volume. Around $14 billion of cargo was said to have been stranded around the world due to the collapse of Hanjin.

Credit Suisse’s analysts suggest that the bankruptcy of Hanjin could feed through into some companies large losses this quarter and if not then by next quarter and any disclosure of estimates could provide some visibility of the payout the industry will face.

“Though very little information is available for total losses related to the event, using a conservative estimate of business interruption losses, we estimate that total insured losses has the potential to be almost as big as half the size of the Tianjin losses from a year ago of $4.0b, which was the largest ever man-made marine insurance loss event,” the analysts explain.

Tianjin losses have hit reinsurance, retrocession and in a small way some insurance-linked securities (ILS) funds, as those ILS fund managers investing in and underwriting specialty contracts, on a fully-collateralised basis, are increasingly exposed to marine cargo and retro accounts.

Swiss Re estimated Tianjin as a $3.5 billion industry loss (property), but IUMI said the final bill could creep towards $6 billion, which demonstrates the difficulty to estimate losses and uncertainty when cargo is involved.

The analysts explain how they arrived at their estimate:

If we assume 10% of the $14b of cargo stranded at sea is unrecoverable and insured, we would get to $1.4b of insured value that could be covered by marine cargo insurance. We note that the most basic “All Risks” coverage includes an “Insolvency of Carrier exclusion” which excludes damages due to insolvency or financial default of the owners, charterers, or operators of the vessel.

This could prevent many insurance companies from being liable for damages associated with the Hanjin bankruptcy, however many marine/cargo insurance contracts are written on a case-by-case basis so it will be difficult to estimate the total insured losses until more companies affected report insured losses in the next few months.

We estimate that about 60% of insurance contracts included the “Insolvency of Carrier exclusion” to arrive at our $0.9b insured loss estimate for marine insurance.

Marine insurance losses are only half of the expected losses related to the event. We note that half of the $4b of losses from the Tianjin explosion were in the marine insurance industry. The remaining half were largely business interruption losses.

We would expect the same for Hanjin, which would bring our total insured loss estimate for the event to $1.8b

So throw in a little claim inflation, uncertainty and extra costs due to the wait for business interruption claims to be paid and it’s not difficult to foresee it reaching $2 billion.

Credit Suisse’s analysts highlight a few companies likely to absorb their share of the Hanjin insurance loss, such as XL Catlin who they believe could be as much as $40m, based on XL Catlin taking 2.2% of losses from the Tianjin port explosion.

They also expect Hanjin will result in a large loss for Chubb, they estimate as much as $60m if the total loss is around the $2 billion mark.

Of course the big international reinsurance companies will likely take the majority of the Hanjin loss and retrocession is sure to come into play, which could see some collateralised retro and ILS fund exposure.

Additionally ILS funds which have broadened their reach into the specialty markets, including marine, could see some impact from any collateralised reinsurance contracts they underwrite.

With other large man-made losses such as the SpaceX launch failure, which the analysts estimate at $260m, and the Gap warehouse fire, estimated at $325m, the addition of a large Hanjin insurance industry loss could see more losses flowing to reinsurance capital.

Of course, these losses are not outside of expectations and will not do anything to erode capacity in the traditional or alternative market. But they do continue the 2016 trend of accumulating attritional losses, which could also get interesting for certain multi-class aggregate retro players as well.

« Older article Capital to move down the value chain in search of purest risk: James Slaughter