Positive news for Florida’s insurance carriers this morning as the Office of Insurance Regulation (OIR) has stated that mortgage giants Fannie Mae and Freddie Mac have provided guidance that says they will accept insurance policies backed by a temporary reinsurance arrangement through Citizens Property Insurance Corporation. 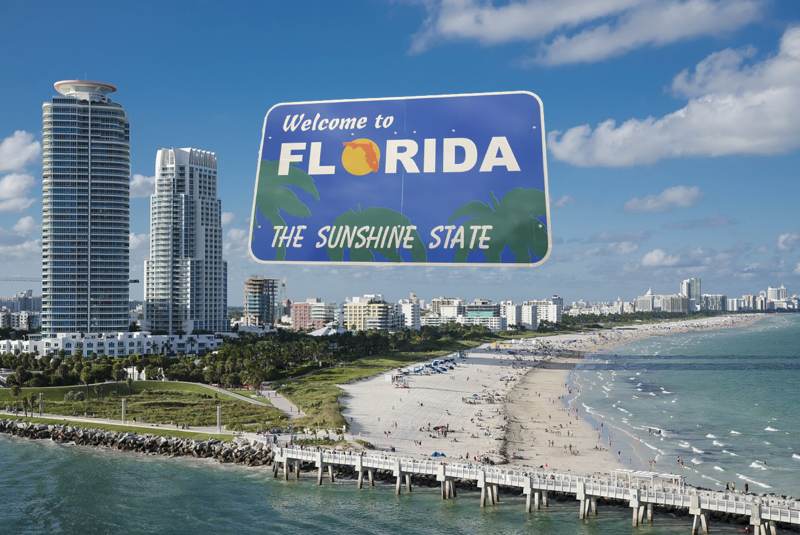 Back in July we reported that, in an effort to further stabilise the Florida property insurance marketplace, the Office of Insurance Regulation (OIR) planned a temporary reinsurance arrangement through Citizens Property Insurance Corporation.

The idea was to provide a source of financial backing to insurers that might have faced a rating downgrade by Demotech, so enabling affected insurers property policies to still be recognised and accepted by mortgage giants Fannie and Freddie.

As we later reported, the arrangement is not really a reinsurance agreement. Instead, it’s more a type of guarantee that will see Florida Citizens supporting the ability of any, downgraded but importantly still viable, carriers to pay claims above and beyond the caps enforced by the Florida Insurance Guaranty Association (FIGA).

We also explained that while this is a buffer for Florida’s property insurance industry, providing a form of reinsurance-like protection, in reality this arrangement, along with other state-supported reinsurance, all push more risk towards Florida’s taxpayers and citizens.

But the Florida property insurance market is now too-far-gone to solve without state intervention and taxpayer backing, it seems, with private reinsurance capital now so much more expensive and impossible to leverage to provide any backstop, leaving established entities like Citizens the best solutions for a stop-gap to protect insurers against failure while reforms start to work.

The industry will be hoping next week’s Special Session of the Legislature can have some positive effect.

Freddie Mac gave a little more colour, “On July 27, 2022, the Florida Office of Insurance Regulation (FLOIR) announced its intent to establish a temporary reinsurance arrangement through Florida’s Citizens Property Insurance Corporation (Citizens) in the event certain property and casualty carriers doing business in Florida suffered a financial rating downgrade that would place them below Freddie Mac’s current rating requirement for insurers, as found in Section 4703.1. On August 2, 2022, in an order directed to Citizens (the “Order”), FLOIR implemented the Temporary Market Stabilization Arrangement (TMSA), which requires Citizens to provide reinsurance to specifically identified insurers in accordance with the terms of the Order.

“In response to this announcement and while Freddie Mac evaluates the implications of the TMSA, Servicers may accept renewal insurance policies provided by an insurer that is participating in Florida’s TMSA on a temporary basis during the period of time beginning August 2, 2022 and ending on the earlier of May 31, 2023, the date FLOIR terminates the TMSA, or when Freddie Mac provides further guidance rescinding the acceptability of the TMSA.”

Fannie Mae also said, “Due to challenging circumstances in the Florida insurance market, servicers may accept on a provisional basis a property insurance policy covering a property securing a mortgage loan in Florida provided by an insurer that is participating in the TMSA.”

So, this temporary arrangement that leverages Citizens is only set to run through until the end of May 2023, just in advance of the all-important reinsurance renewals for Florida.

“As we continue to pursue solutions which provide stability to our market, OIR remains committed to ensuring Floridians have access to coverage.”

While the OIR explained that, “Fannie Mae and Freddie Mac offer an exception to the financial rating requirements for an insurer that is covered by a reinsurer who assumes, by endorsement, 100 percent of the insurer’s liability for any covered loss payable, but unpaid by the insurer, by reason of insolvency.

“As a result, OIR, in conjunction with Citizens, established a program that meets the exceptions to the Fannie Mae and Freddie Mac guidelines. This unprecedented solution allows insurers to remain viable and ensures Floridians can maintain coverage in the voluntary market.”

If it feels like a sticking-plaster for Florida’s property insurance market challenges, that’s because it really is.

A temporary arrangement that comes to the end before next June and by then the regulator and other constituents will be hoping a more meaningful set of legislative reforms can mean an easier time for Florida’s insurers at their reinsurance renewals, or a new state-backed reinsurance layer adds to the taxpayer-backed support.

With reinsurance rates hardening fast, the question is whether private market appetite for Florida’s risk comes back at an affordable level, for its beleaguered insurers, next year?

Or whether sticking-plasters like this arrangement end up having to remain in-force in some way, or are eventually replaced by a much larger widening of the scope and remit of reinsurance facilities like the Florida Hurricane Catastrophe Fund (FHCF).

All that said, this is positive news for Florida’s property insurers, especially any that might face rating challenges in the wake of hurricane Ian and as the Demotech rated carrier reviews begin again in 2023.