Florida’s Citizens Property Insurance Corporation said yesterday that it expects to have to pay around $1.23 billion of insured losses for claims from Hurricane Irma, but expects to pay for this out of surplus, suggesting the coastal account has not had a big enough hit to eat into its reinsurance protection.

Given hurricane Irma’s track up the western coast of Florida and despite impacts being felt widely across the peninsula, it appears that the loss from hurricane Irma will be split across Citizens coastal account and its personal and commercial lines (PLA/CLA) accounts.

It is the coastal account which has the private market reinsurance and the Everglades catastrophe bonds acting as risk transfer, with the first per-occurrence reinsurance wrap attaching above $504 million of losses, alongside and inuring to Citizens coverage from the Florida Hurricane Catastrophe Fund.

With the insurer saying that it expects the “$1.23 billion in losses will be paid from Citizens surplus” this suggests that the loss in the Citizens coastal account is actually lower than the one in its personal and commercial lines accounts.

Citizens did say that it expects to claim $193 million under its FHCF coverage, to help with the hurricane Irma claims burden.

But overall it seems the losses have been relatively evenly split between Coastal and PLA/CLA accounts, with some of the losses likely also falling into the commercial non-residential bucket in the Citizens tower as well.

Citizens said that it expects to retain a $6.4 billion surplus after hurricane Irma’s losses, which will be available for any future storms. Also available will be its $1.33 billion of reinsurance protection, including the $300 million from the Everglades Re II Ltd. (Series 2017-1) catastrophe bond. The $1.03 billion of traditional reinsurance also has significant participation from ILS fund backed collateralized vehicles.

Risk transfer and reinsurance plays a vital role in Citizens capital structure, but in this case the losses from hurricane Irma have not hit it as hard as some may have expected. This could be due to Irma’s westerly track, so missing the coastal account concentration on the east coast, as well as Citizens efforts to depopulate which means it has shed a lot of hurricane exposed risk over the years.

“Much hard work and preparation over the last few years has paid off during Citizens initial response to Hurricane Irma,” commented Chris Gardner, Chairman of Citizens Board of Governors. “However, given the magnitude of reported claims, we are sure to encounter unforeseen challenges. We will continue to learn, prepare and improve our response capabilities with each storm situation.” 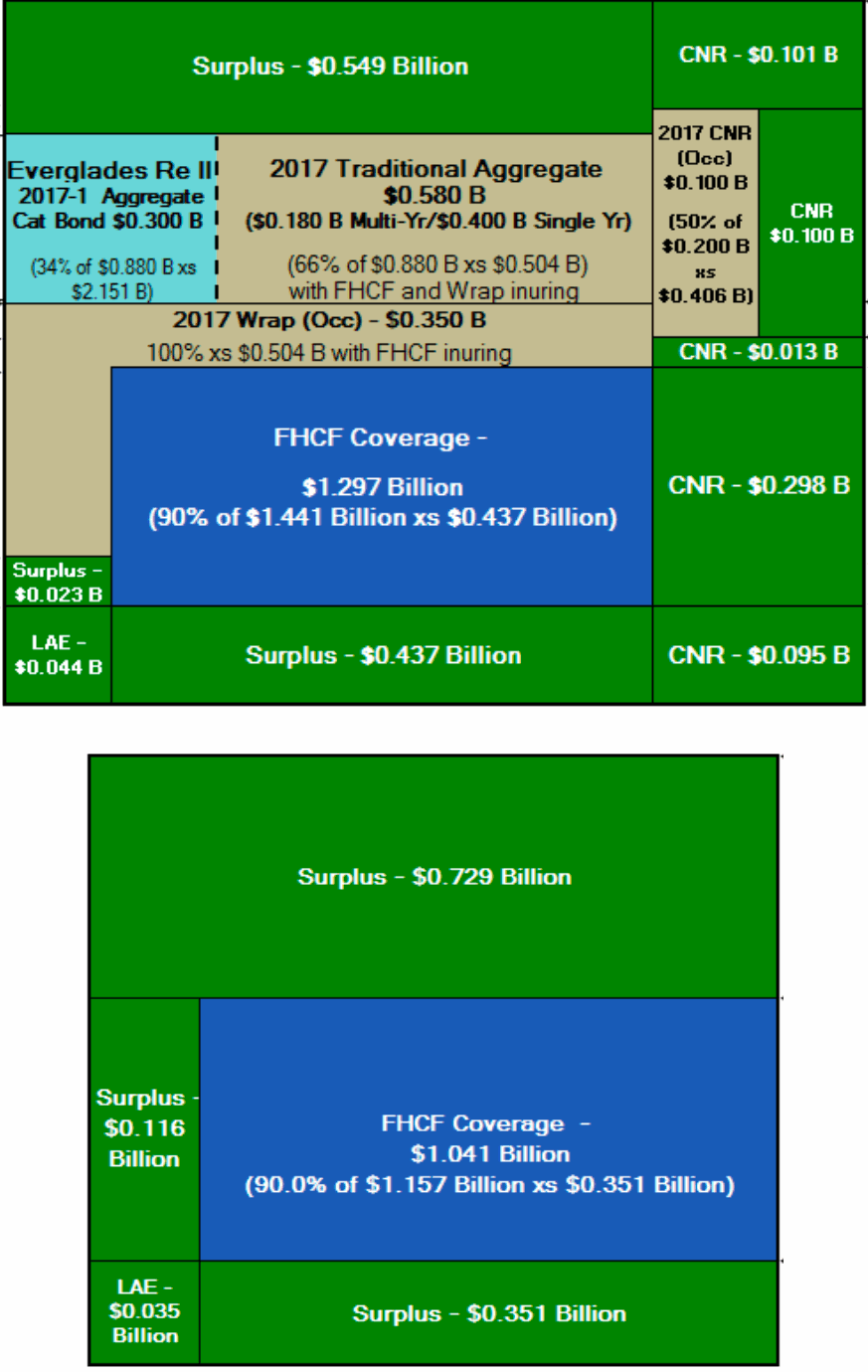