Lloyd’s of London reported its first-half results this morning and once again they clearly reflect the challenges of a softened market environment, with profits shrinking 17% to £1.22 billion, even when volumes of risk traded through the market are up and the underwriting result had improved. 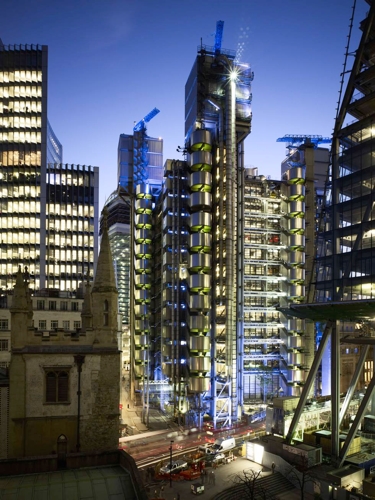 The challenge of extracting sufficient risk premium from the business underwritten to grow profits continues at Lloyd’s with the result really only positive thanks to the investment side of the business and a relatively benign first-half for the reinsurance lines in the market.

In fact, many of the lines of business remain unprofitable, on an underwriting basis, with property, casualty, marine, motor and life business all reporting a negative underwriting result.

The reinsurance and energy lines of business made up the bulk of the underwriting result, with a tiny contribution from aviation, but had the reinsurance result been aligned with the prior year period Lloyd’s would have been close to a technical underwriting loss.

Low levels of major losses have been helping the majority of the specialty insurance and reinsurance sector to report profits, as well as their investment returns, and Lloyd’s is no different. That looks set to change from this quarter onwards, as Lloyd’s revealed an expectation of a massive hurricane hit in the second-half.

However, the profitability of the market in H1 was down considerably, even at a time when the combined ratio has fallen a little and the market reported a higher underwriting result, which of course is all down to the lower level of losses suffered in the first-half.

Lloyd’s return on capital has shrunk again, dropping from 11.7% for H1 2016 to just 8.9% for H1 2017, further reflecting that there is generally a lower level of return in the insurance and reinsurance business, as well as the underwriting losses across many lines of business.

Competition and excess capital are once again cited as major reasons for the market’s struggles, with Lloyd’s citing business conditions as “intensely competitive across all major lines” and seeing a drop in aggregated risk adjusted renewal rates of 2.3%.

However, that is a slower decline in rates than was seen in the prior year, when it was reported as 3.5%.

CEo of Lloyd’s Inga Beale commented on market conditions, saying; “The challenging market conditions that have shaped the insurance sector over recent years showed no sign of abating in the first six months of 2017. The pressure of low interest rates and incoming capital may be something we are all too familiar with, but it has not lessened their impact on the specialist insurance and reinsurance sector.”

Noting a positive though, Beale continued; “While pricing remains under pressure, volumes have seen continued growth, driven in part by the development of new products in critical areas such as cyber.”

In fact, gross premiums written in the market are up 16% for the first-half, which is a sign that Lloyd’s is perhaps getting used to the new normal and finding opportunities for its underwriters to deploy capital. However, note the underwriting losses across many lines, as it suggests that some of these new initiatives may be far from profit for now.

One of the difficulties for insurance and reinsurance firms right now is that while they are significantly challenged by soft pricing, high levels of competition, low investment returns and new competitors, they are at the same time having to invest for the future in order to remain relevant.

Lloyd’s is no different and further exacerbating its half-year results is a much higher level of expense in the marketplace, with net operating expenses up across most lines of business, resulting in an increase across the market of £426 million.

In a time of stress, when profits and return on capital are down so dramatically, the additional expense of modernisation, technology adoption, embracing new lines of business and perhaps just an increasingly high cost of doing business, dampens the results at Lloyd’s even more.

Lloyd’s now faces the chance of an unprofitable full-year though, with the claims from hurricanes Harvey and Irma alone estimated to drive around $4.5 billion of net claims into the Lloyd’s market, after reinsurance (would be interesting to know the figure before reinsurance, of course).

That could wipe out the full-year profitability for the market, as well as any return on capital, and does not include claims that can be expected from hurricane Maria and events like Mexico City’s recent earthquake.

If hurricane Maria is as big a market event as some suggest then Lloyd’s may be adding as much as another couple of billion (we’d suspect given the market share in Puerto Rico) to the claims figure in the coming weeks.

So while the soft market continues to challenge Lloyd’s, in terms of lower underwriting profitability and returns, while higher expenses continue as it strives to modernise and react to market conditions, it is its paying losses that will tip the market over the edge of profitability.

Insurance and reinsurance business at Lloyd’s continues to bring in less profit. Competition continues to push the market out of core areas of its focus. Investment conditions continue to be challenging. Lloyd’s expenses continue to rise. And now it faces a hefty bill for recent losses.

The pressure to get price increases at future renewals will be growing at Lloyd’s, which in turn should help to ensure the market finds its floor.

One final point on Lloyd’s. The fastest growing syndicates in the market this year are said to be some of those backed by ILS capacity. These syndicates also have among the lowest cost-ratios, making their underwriting capital among the most efficient.

There’s still time for Lloyd’s to fully embrace a more efficient, capital markets driven way of underwriting risks. Could 2017’s losses provide the catalyst that makes the market look more seriously at how to let capital flow in and out to support its underwriting?