Rating agency Fitch Ratings has changed its outlook for the global reinsurance sector from negative to stable, in a move that might surprise many given the continued influence of market forces on reinsurers ability to generate returns. 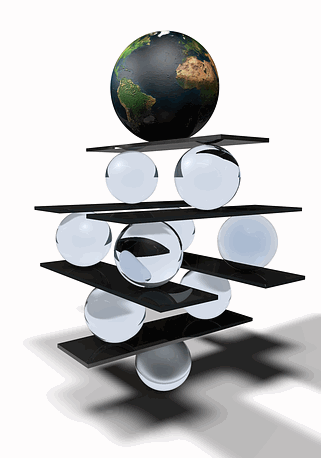 But it’s nothing as simple as a positive shift that has led Fitch to effectively upgrade the reinsurance sector outlook to stable.

It’s actually based on a realisation that reinsurer returns are set to be lower going forwards, but at the same time the market is expected to be less volatile.

Fitch says that reinsurance earnings have settled at a “new normal” explaining that reinsurers return on capital is “likely to be more modest but less volatile” than it was before.

It’s actually quite rare for a sector outlook rating to effectively be upgraded because returns within that sector are destined to be lower.

Fitch is right, of course, that the new reinsurance market normal of lower-priced risks, with a less volatile and flatter market but offering more options for capital protection, which will support the ongoing profitability of reinsurers, just at a lower level than they are used to.

So more stable and certain profitability, when conditions and losses remain within forecasts and expectations, but ultimately the return generated for their corporate coffers and shareholders will be lower, which suggests the pressure to reduce expenses and find new sources of revenue are likely to become heightened.

On ILS specifically, Fitch believes that ILS has altered the dynamics of the reinsurance market, something that has been clearly evident in recent years and accelerated fast in the last twelve months.

This has the effect of making capacity shortages less likely and the underwriting cycle flatter, as evidenced in the aftermath of the 2017 hurricanes and catastrophes, as well as in how the renewal pricing reacted through 2018 so far.

Continuing, “We think alternative capital is here to stay. Investors have been attracted to the reinsurance sector by the benefit of diversifying away from traditional financial markets, rather than simply searching for higher absolute returns.”

But there are two types of fluctuations in the reinsurance market cycle. The shorter-term, driven by typical pricing changes, loss experience and availability of capacity.

But on the more structural and what really leads Fitch to explain that returns for reinsurers are destined to be lower for longer there is ILS and third-party capital, which while pressuring reinsurers also offers them a lever to create greater stability as well.

“The growth of alternative capital as an enduring source of capacity fundamentally reduces the returns available to traditional reinsurers but improves their ability to manage their balance sheets by transferring these risks to the alternative reinsurance capital markets,” the rating agency said.

Fitch notes, like the other rating agencies, that it could downgrade the reinsurance sector again if pricing and ultimately returns cause reinsurers profitability to fall below their cost-of-capital.

Conversely, Fitch explains that should ILS capital leave the market in an exodus of alternative capital, it could even upgrade its rating on the global reinsurance sector.

Fitch’s outlook may have improved, but it doesn’t really mean the reinsurance sector outlook is significantly better.

It still all comes down to reinsurers’ ability to execute on their strategic plans, while embracing third-party capital, technology and enhancing their access to risks.

The levers to improve these more stable returns are there, but it does take brave and forward-looking management teams to make best use of them.