The first California wildfire catastrophe bond transaction to be issued since the severe California season of 2018 has successfully been upsized, with utility Sempra Energy’s SD Re Ltd. (Series 2020-1) deal now set for $90 million. 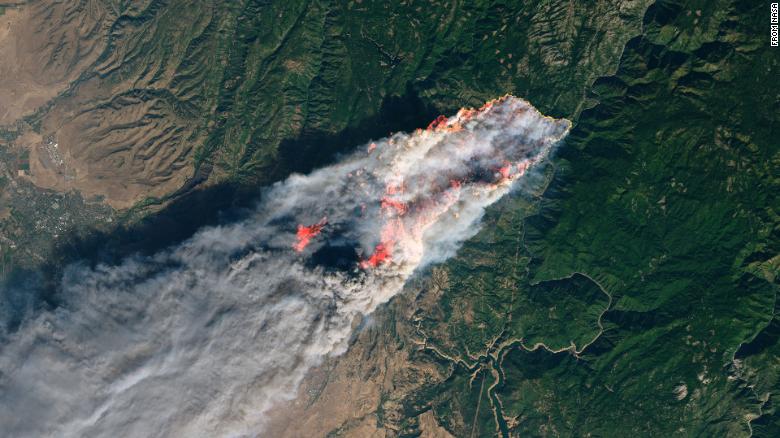 Not only has the first pure wildfire cat bond in almost two years increased in size slightly, it’s also been priced within the initial guidance range, a rarity for any cat bond in recent months.

Sempra Energy returned to the catastrophe bond market in June, with this SD Re Ltd. (Series 2020-1) transaction, seeking to secure the utility and its subsidiaries $75 million of efficient insurance capital to support certain third-party California wildfire property liability claims.

As we explained yesterday, the cat bond target size was increased by 20% to $90 million thanks to investor demand and we’re now told that this upsized target has been secured.

The SD Re cat bond demonstrates how insurance-linked securities (ILS) capital can be brought more directly to a corporate insurance client, thanks to the support of a fronting partner, which in this case is Hannover Re, the German reinsurance firm.

Hannover Re plays the role of ceding reinsurance firm, facilitating Sempra Energy’s access to risk capital from the ILS market and investors.

The SD Re 2020-1 cat bond will provide Sempra Energy with insurance against some of the potential financial losses it could suffer from wildfires that are deemed to have been caused by its own infrastructure or facilities, so effectively third-party wildfire property liability insurance protection.

Special purpose insurer SD Re Ltd. will sell the $90 million tranche of Series 2020-1 notes to investors, with the proceeds then collateralising a retrocessional reinsurance agreement with Hannover Re.

Hannover Re will in turn provide a reinsurance agreement to Energy Insurance Services, Inc., a subsidiary of Energy Insurance Mutual (of which Sempra Energy is a member), which then provides the capital markets backed insurance protection directly to Sempra.

In this way the capital markets coverage is fronted all the way down the chain to the insurer Sempra uses, effectively enhancing the capacity available through EIS and dedicated to the utility.

Which does raise the question of why EIS itself can’t issue catastrophe bonds, to expand its own capacity and provide more insurance to utilities like Sempra, but perhaps that’s a topic for a future wildfire year.

Once the deal is completed next week, the SD Re 2020-1 cat bond notes will protect Sempra using an indemnity trigger and on an annual aggregate basis, after a $50 million franchise deductible per-event.

The insurance is for certain wildfire losses across California over a three-year period and includes related perils that could be caused by any wildfire and result in third-party damages, such as mudslides.

The $90 million single tranche of Series 2020-1 notes will cover 90% of a $100 million layer of Sempra’s insurance tower, attaching at $1 billion of losses, we understand.

The $90 million of notes SD Re is issuing have an initial expected loss of 1.52% at an average hazard level, 1.8% at a high hazard level. They were initially offered to cat bond investors with price guidance in a range from 9.5% to 10%, which was then narrowed towards the upper-end, with the notes offered at 9.75% to 10% and now the coupon has been fixed at 9.75%, so within the initial guidance.

Many catastrophe bond issues in the last few months have priced above guidance, as reinsurance pricing in general has risen and the cost-of ILS capital has also increased due to the pandemic and investors higher return requirements.

So it bodes well for any other potential sponsors of wildfire cat bonds, as Sempra Energy now secures an expanded capital markets backed source of wildfire property liability insurance at pricing that came in within expectation.

Of course this also speaks to a well-positioned initial spread guidance by the bookrunner, as they picked a range that met investors return ambitions.

You can read all about the SD Re Ltd. (Series 2020-1) wildfire catastrophe bond and every other cat bond transaction in the Artemis Deal Directory.