Adding further weight to its calls for reinsurance pricing to rise significantly, reinsurer Swiss Re said that it believes that the excess capacity that has fueled the soft market in recent years has largely evaporated in the wake of the hurricanes, with the trapping of collateral from alternative markets a key reason for this. 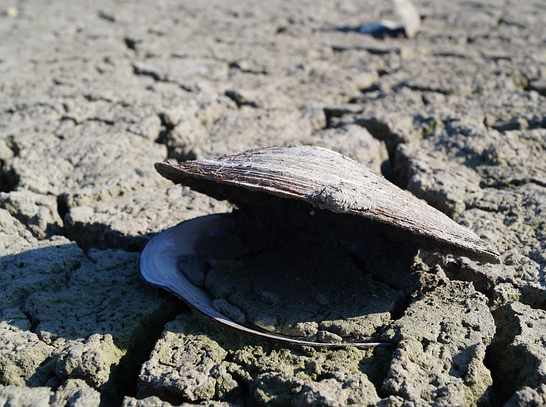 One of the reasons the reinsurer believes that rates can rise, at the upcoming January renewals and beyond, is that excess capacity has been drained from the sector through the $90 billion or more of losses suffered from hurricanes Harvey, Irma and Maria, as well as the Mexican earthquakes and Californian wildfires.

The company explained, “The soft underwriting conditions of recent years partly reflected benign claims developments, but were mostly a direct consequence of excess capital in the market.”

The reinsurer said that the more than tripling in size of the alternative capital market since 2010, to what the firm sees as $79 billion by the middle of 2017, was the main reason that reinsurance capital has been so abundant.

But Swiss Re now feels that the market has had its excess capacity problem solved by the recent losses, due to the fact that, “A significant amount of alternative capacity has been absorbed by the third-quarter hurricane losses, especially collateralised capacity in the retrocession market, and therefore will not be available as active capacity in the upcoming renewals season.

“Given their high exposure to Florida-related risks and the retrocession market. Significant amounts of collateral in affected contracts are either paid out or ̋trapped ̋ after putting up loss reserves.”

With a significant chunk of capacity locked up or lost, Swiss Re feels this has gone a long way towards solving the reinsurance sectors excess capital problem, it seems.

However the company does acknowledge that, “Some of this capacity, however, will be re-loaded through the injection of new capital from investors.”

But overall the reinsurer believes that after the hurricanes, “Capital abundance in traditional reinsurance has been massively reduced, and alternative capacity will require additional funds from investors to operate at the same level as before the hurricane season. Given the amount of traditional and alternative capital losses, property reinsurance prices could rise significantly.”

Swiss Re hasn’t been the only major re/insurer to call for significant rate increases at the upcoming renewals, this mantra has been repeated by many of the largest players in the industry also citing the capital hit to the sector as a key reason for rates to rise.

Swiss Re also feels that rates had dropped to below their technically profitable levels in recent years and so is looking for a return to what it believes to be “fair pricing” levels.

A market more balanced, in terms of capital supply versus actual demand for risk transfer, with prices at or above the technical rates for the risk they underwrite, would be an ideal scenario for reinsurers looking to recoup some of their losses.

But all of this does raise the question of whether rates can truly be commensurate with technical levels, or not, when so much capital has also been returned to reinsurers stakeholders in recent years.

While there is a technical pricing level for the risk, which depends on the underwriting capacity’s efficiency and appetite, there are also market forces of supply and demand that should drive risk pricing as well and capital return to shareholders perhaps masks some of these forces in reinsurance.

How low would pricing go if reinsurers were forced to deploy their capital? Where would the technical pricing level be fixed under such a weight of capacity and who’s to say where the technical level actually is?

Would a healthier market be one where firms stopped underwriting anything that had rates below the technical levels they set, as each underwriting shop should surely have its own technical price position, based on its capital efficiency and appetite? In which case should reinsurers downsize rather than just return capital, to allow the market to find a less-artificial clearing price for risk?

Considering how supply of capital and demand for coverage interact and are affected by capital return decisions made by reinsurers, compared to how a fund manager would deploy only the capital it can raise and only if it can achieve the returns it’s promised to investors, makes for an interesting conundrum.

These two models differ and are perhaps incompatible with helping the market to really identify a true technical level of pricing and a clearing price for risks.

Is that detrimental, ultimately, to the protection buyer? Perhaps.

One thing that will assist in this over time, is the introduction of marketplaces for risk transfer and trading, where supply and demand economics can play out versus risk appetite, to help to set the clearing prices that the market clearly needs in order to make some areas of reinsurance a more sustainable and viable proposition.

Of course the result would likely be that some areas of the market are not sustainable and viable for certain players at all, forcing companies to decide whether to deploy or retreat, with the necessary shrinking of books helping to restrain the markets capacity to only that which has the appetite to be deployed at the pricing that the market itself has set.

Something to consider for the future and hopefully shows that there is more to excess capacity and how that influences the market than just waves of capital entering the space. It’s also about how it’s deployed, managed and (if it is) returned, that matters. Especially while we don’t have a market that can seemingly settle on a true risk based price sometimes.