ENSO, La Niña to have strong bearing on 2016 hurricane activity

As we now enter the 2016 Atlantic tropical storm and hurricane season the topic of uncertainty comes to the fore, as forecasters, meteorologists and analysts all agree that the state of ENSO (El Niño Southern Oscillation), and whether it is neutral or La Niña, will have a strong influence on activity. 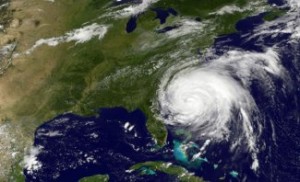 The latest forecast to be released is an update from the Colorado State University (CSU) forecaster Philip J. Klotzbach, who released an updated forecast for 14 named tropical storms to form during the 2016 Atlantic hurricane season, with 6 of them becoming hurricanes and 2 intense hurricanes of Category 3 or greater.

With all eyes on the tropics at this time of year in the insurance, reinsurance, ILS and catastrophe bond sectors, the average nature of the forecasts is little comfort when the markets understand that it only takes one storm to track towards the U.S. for major losses to follow.

Klotzbach summarised the forecast for an average season and explained the important link to ENSO conditions:

We continue to anticipate that the 2016 Atlantic basin hurricane season will have approximately average activity. The current weakening El Niño is likely to transition to weak La Niña conditions by the peak of the Atlantic hurricane season. While the tropical Atlantic is relatively warm, the far North Atlantic and subtropical northeastern Atlantic are quite cold, potentially indicative of a negative phase of the Atlantic Multi-Decadal Oscillation. We anticipate a near-average probability for major hurricanes making landfall along the United States coastline and in the Caribbean.

The addition of Klotzbach’s latest hurricane forecast to the group of forecasters we track now gives us an Artemis average forecast for the 2016 hurricane season of 14 named storms, 7 hurricanes and 3 intense hurricanes, which remains a slightly above average season.

However, it should be noted that these figures in the CSU forecast and our average forecast includes tropical storms Alex and Bonnie which have already formed.

The CSU forecast update from Klotzbach also provides updated landfall probabilities, with the prediction still being for a 50% chance of a major category 3 or greater hurricane making landfall in the U.S. this 2016 season.

Finally the probability for a major hurricane tracking into the Caribbean basin in the 2016 hurricane season is forecast as 40%, below the average of 42%.

The uncertainty associated with the state of ENSO and whether La Niña is going to factor into the 2016 Atlantic hurricane season is the key issue for insurance, reinsurance and ILS or cat bond interests to consider this year.

With forecasts seemingly calling for an average season from here on, bearing in mind one hurricane and one named storm have already passed, and landfall probabilities also seemingly average, this uncertainty could make the difference in 2016.

Factors such as sea surface temperatures in the Gulf of Mexico and off the U.S. east coast remain important as well, with warmer than normal temperatures still evident. In fact some weather models suggest the Gulf could spin up a tropical storm in the coming days, but that seems an outlier right now.

Reinsurance broker Willis Re explained the need to be alert due to ENSO related uncertainty:

For this year’s hurricane season, we do not have the guiding hand of El Niño, thereby diminishing forecast certainty. Instead we are seeing the demise of El Niño and an expected slide into neutral or La Niña conditions for the duration of the hurricane season. The ultimate state of ENSO (El Niño Southern Oscillation), whether neutral or La Niña conditions, will have a strong bearing on this year’s hurricane activity.

The forecasts issued this early in the year tend to be relatively poor (all seasonal forecasts should be read with caution), yet they generally outperform the standard benchmark of the so-called “persistence” forecast (a forecast of average activity every year) and therefore provide useful guidance on likely scenarios. Indeed, CSU state that they have correctly predicted above or below normal activity in almost 80% of past seasons by early April. The reasons for the general low confidence of actual numbers in these early forecasts are primarily uncertainty in the progression of ENSO, the timing and magnitude of potential intraseasonal variability, and also the range in the hurricane response to these conditions.

However, Willis Re and others are quick to point out that no matter how average a forecast for the 2016 hurricane season may be, it only takes a single hurricane to track into a U.S. metropolitan area of coastline for the losses to reinsurance and ILS or catastrophe bonds to be significant.

Sabbatelli also explained the need for reinsurance and ILS interests to remain alert as the season progresses; “Increased basin activity will require increased vigilance from the insurance industry in 2016. While increased activity does not necessarily translate into an increase in the number of U.S. landfalls, just a single storm can cause significant loss to the industry. Re/insurers will need to monitor hurricane activity closely and be prepared for a range of possible outcomes.”

An average to slightly above average 2016 hurricane season does not necessarily mean average to slightly above average reinsurance losses. Activity and losses do not correlate well, rather it is landfalls and landfall intensity that matters and in attempting to derive the likelihood of any landfalling hurricanes in 2016 the uncertainty associated with the state of ENSO is a big factor.

Significant quantities of reinsurance, ILS and catastrophe bond capital is at risk due to hurricanes striking the U.S.. 2016 looks set to be a difficult year to call in the Atlantic tropics, keep up to date with our 2016 Atlantic Hurricane Season page.