Towards the end of the year, as the challenging January 2023 reinsurance renewal season neared its completion, lower than expected loss estimates related to hurricane Ian eased some concerns related to trapped ILS capital and this assisted in clearing retrocession placements, broker Gallagher Re said today. 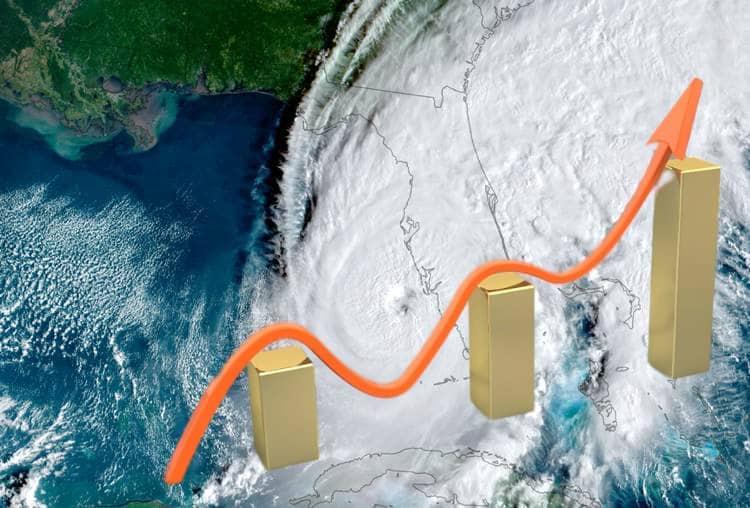 A lack of available capital has been an issue right through this renewals, but as the anticipated demand increase appears to have been tempered by higher reinsurance prices, any inflows or unlocking of capital had the potential to ease some of the issues in clearing renewal placements.

In reporting on the January renewals today, reinsurance broker Gallagher Re noted that the fact certain cedent loss estimates for hurricane Ian have been coming in lower than expected has helped to improve capital availability, somewhat.

As we’d previously reported some weeks ago, this was a visible factor in the catastrophe bond market and it seems to have been relevant in collateralized reinsurance and retrocession too.

Gallagher Re also reported that some new capital inflows were available in time to assist with closing out the January renewals.

This new capital came from diverse sources it seems.

As we’d previously reported, we had been told that pockets of successful capital raising from investors have been seen in recent weeks, while our sources also said some reinsurance markets had shown increased appetite to deploy capital for the renewals.

“The improvements in pricing and conditions particularly for property cat-related lines has led to some new capacity coming into the market from a combination of modest capital raising by existing reinsurers, a reallocation of internal capital by some reinsurers and notably some primary carriers with existing reinsurance operations,” the broker explained, providing a little more visibility into where some traditional capital increases came from.

While there had been little signs of new capital entering ILS and collateralized markets, Gallagher Re noted that the lower-than-anticipated hurricane Ian losses have played a positive role in the renewals.

“Lower estimates from certain clients on Hurricane Ian losses has eased some concerns over trapped capital,” the broker said.

Adding that this, “Helped to provide much needed additional liquidity for retrocession buyers in the last few weeks of the renewal.”

A reduction in trapped ILS collateral means collateralized writers had a little more available than anticipated, helping some of those ILS managers worst impacted by hurricane Ian to trade forward with greater certainty and to maintain lines on key programs, we’re told.

This, alongside some of the pockets of successful capital raising seen, appear to have played an important role in helping brokers secure much-needed retro capacity for clients, enabling clients to unlock more capacity with greater certainty for their cedents as well.

Sources tell us that the picture with trapped ILS capital at the end of the year has not been as difficult as had been expected, thanks in large part to these reduced cedent estimates.

Still, the main industry loss estimates remain around the levels where contracts can attach, in particular industry-loss warranties (ILW’s), but the capital related to those contracts is already trapped and held, so at this stage it seems unless Ian develops particularly adversely, we may have seen the full extent of trapping due to the storm and it hasn’t been as bad as anyone had thought it would be.

That’s positive as we move into 2023 and could have a positive knock-on effect on investor appetite to deploy more capital to ILS funds through the year ahead as well.