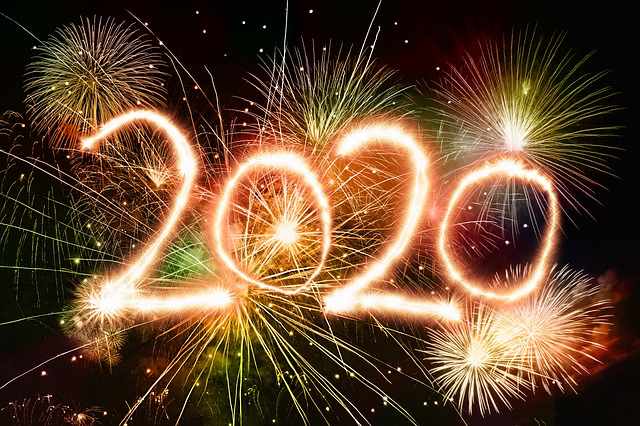 As a result, the January renewal season concluded later than in recent years, according to Willis Re, the reinsurance broking arm of Willis Towers Watson.

But there was, as expected, some considerable firming in certain areas of the market and the broker also reports that a number of better positioned ILS funds were able to increase their available capital slightly to take advantage of opportunities.

The renewal had always been expected to be a late one, given it got off to a particularly slow start.

Many markets avoided quoting in the early stages of the renewal, as they hoped by holding back bids the renewals would eventually clear at the much-anticipated firmer rates.

Firmer rates has definitely been a feature of the January 2020 reinsurance renewals, but not at the levels originally talked about and execution has varied significantly across the sector.

Some areas of the market, such as aggregate retrocession and certain casualty lines, have firmed considerably, while other segments are closer to flat at a pure pricing level.

As ever, the headline numbers from the broker reports are not the full picture, given the amount of differentiation going on across reinsurance and retrocession these days.

It’s also important to consider cost-of-capital, as flatter renewals at better terms can result in meaningful increases in yield to maturity for some insurance-linked securities (ILS) and collateralised reinsurance investments.

As a result, figures released over the coming days from brokers, analysts and rating agencies are all indicative. But the key message to come away looks set to be one that indicates a broad firming of price for many areas of the market, and terms in others, suggesting improved market conditions and higher return potential in many underwriting portfolios in 2020 as a result.

Willis Re is first out of the blocks with an assessment of the January reinsurance renewals, highlighting the divergent nature of conditions and rate movements across the marketplace.

Reinsurers have in the main been “judicious” Willis Re says, resulting in a renewal characterised by “significant pricing and capacity variance depending on geography, product line, loss record, and individual client relationships.”

Because of this judicious approach to renewing business and underwriting new, the reinsurance renewal has concluded later than in previous years, with some relatively significant price increases seen, the broker said.

James Kent, the Global CEO of Willis Re, commented, “Other than retro aggregate, some treaty aggregate covers, and liability placements viewed as inadequately priced, most buyers have been able to secure the capacity they require, albeit at considerably increased prices in some of the stressed classes of business.”

In addition, we hear there are numerous still-to-be-signed renewals and also some delayed renewals, as well as programs partially renewed.

In some of these cases it’s the ceding company choosing to only renew what was immediately necessary, while planning to go back to market in the coming days and weeks to attempt to top-up programs. This has been especially evident in retrocession we’re told.

U.S. placements proved some of the most challenging, Willis Re explained, with the majority of International renewals (UK motor and some international liability accounts aside) proving more simple to place.

This could be down to interest and availability of capital.

We understand that some of the major global reinsurers have again increased their appetite for property catastrophe reinsurance and retro risks, which drove plenty of capacity into some renewal program bidding.

At the same time, we’re told that some collateralised players that have their own fronting, such as ILS funds with rated vehicles, were able to deploy ample capacity to meet buyers needs in many catastrophe programs.

It wasn’t always so straightforward though, even on the property catastrophe side of the renewal, with some programs struggling to be placed where there were issues with losses, previous loss estimates, or where markets hold less confidence in the cedants abilities after the last few years of losses.

As in other recent renewals, we’re told that those who opted to go to market early have done relatively well again, with some programs finding that even though early negotiations were difficult, the end-result has been satisfactory execution and rates albeit in a firming marketplace.

Differentiation has again been a significant factor as well, with ceding companies having to face up to renewal demands based on their performance and perceived abilities, which has also challenged the renewal market.

“Reinsurers’ client-centric underwriting meant preferred clients achieved their renewal requirements for pricing and conditions more straightforwardly than others. An understandable outcome of this has been a wide variance in the quoting process, which increased the challenge in establishing market clearing prices,” Kent added.

The expected shortage of capacity for retrocession covers has driven the market to a degree it seems.

ILS capacity growth has been stalled for roughly 12 months, in some cases with capacity actually reduced for certain types of protection, while Willis Re said led to “significant rate increases and programme restructuring.”

As anticipated, it was the aggregate collateralised retrocession products, collateralised quota shares and sidecar vehicles, as well as certain lower level pillared products where the impacts of a shortage of retro capacity was most acutely felt.

The occurrence retrocession market proved much more readily cleared, it seems, especially for the clients with consistent long-term counterparts relationships, according to Willis Re.

Positively for the ILS fund market, Willis Re said that a small number of ILS funds have managed to achieve some organic growth in capital for the renewals, helping them to better respond to cedant demand.

With more capital at their disposal, some ILS funds have been able to gain access to new retrocessional and specialty reinsurance business at improved pricing, the broker explained, alongside some capacity from traditional reinsurers.

Overall, the renewal has proved “u-shaped” in terms of pricing dynamics, as primary rates at the front-end of the market and retrocession at the rear, continue to outpace reinsurance rates in the middle.

This squeeze continues, as reinsurance rates are struggling to move at the pace of primary risks and retro, which means markets are anticipating further firming at renewals in April and June right now, hoping for reinsurance rate acceleration to pick up at least a little more pace.

Demand for reinsurance has remained strong, Willis Re says, with buyers able to secure the coverage they needed in the majority of cases, albeit often at firmer rates and terms, considerably so in the more stressed areas of the market.

“The renewal period witnessed some difficult negotiations, but the reinsurance market managed to provide its clients with ongoing capacity across most lines of business. The market continues to react in a logical fashion, providing sustainable support for the primary insurance industry, thereby helping to underpin wider market growth,” Willis Re CEO Kent explained.