There’s room for the insurance-linked securities (ILS) space to grow its share of total reinsurance capital, and, if the industry works together, both the penetration rate and the size of the pie could improve in the future, according to industry experts. 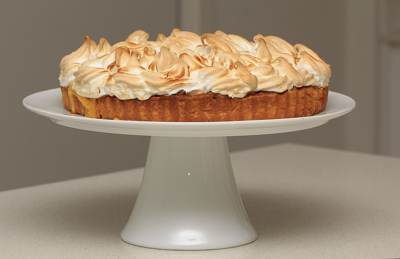 Speaking at the 10th anniversary Munich Re ILS Roundtable event in Monte Carlo in September, industry experts and executives discussed the size of the ILS market and where it might be five years down the line.

“It’s never going to be larger, I don’t think it is ever going to be half. My response has always been a quarter to a third is where it may end up, and maybe we are at the low-end of that right now,” said Modin.

In light of the response to ILS capital to 2017 events, further expansion in this competitive segment of the reinsurance sector does look likely.

Fellow panelist Chin Liu, Senior Vice President, Director of Insurance-Linked Securities and Portfolio Manager, Amundi Pioneer also noted the potential to grow pie, when questioned on what the sector might look like five years down the line.

“Instead of fighting for market share, it’s really how can we work together and make ILS capital a complimentary part of the overall global pie, and also improve the penetration rate and we will all make the pie bigger.

“In emerging markets clearly the coverage is extremely low. There is still a lot of room for growth, so how can we work together?” said Liu.

Dr. Peter Roder, Member of the Board of Management at reinsurance firm Munich Re, said that something he would wish for, would be the broader diversification of the asset class.

“From my perspective, I can’t tell you what the capacity in five years’ time will be, or what the relationship between traditional and non-traditional capital will be, but what I think is really a prudent point going forward, is whether the growing demand in certain areas, whether it’s emerging countries or whether it’s cyber, can also be covered by alternative capital,” explained Roder.

The panel also included Michael Bennett, Head of Derivatives & Structured Finance, Capital Markets, Treasury, The World Bank, who underlined how valuable the ILS market is for its member countries.

“I think where we would like to see it moving forward, is countries that make use of this market to proactively protect their finances and public finances against the impact of disasters of various kinds, recognised for that in ways.

“For example, bringing down the cost of their sovereign bond issues, investors recognise those countries have protected themselves through insurance or cat bonds, really is a country with a stronger public finance base, and that should be recognised by sovereign bond investors and by ratings as well. And I think we would love to see that development, which is starting to happen,” he explained.

The panel also suggested that in the future new sponsors of countries, sovereigns and also corporates would be involved in the space, as well as new investors looking to make direct investments into the sector.

To end the panel, Christopher Campbell, Vice President, Equity Research, P&C Insurance, KBW, said, “From my perspective in five years, I think you’re going to have somebody in the industry that’s choosing ILS, compete on the primary side. And, I don’t see why eventually ILS couldn’t disintermediate the reinsurance channel.”

It will take all sides of the re/insurance market collaborating if the pie is going to grow considerably and ILS will play a role in assisting that, through the provision of efficient capital and the structuring expertise to get risks into the capital markets, where the deepest and most liquid pool of capacity lies.