Climate change and how it influences or affects global weather patterns and the frequency or severity of weather related natural catastrophe loss events, is “front and center” for investors right now, while the reinsurance industry in general is increasingly focused on the issue. 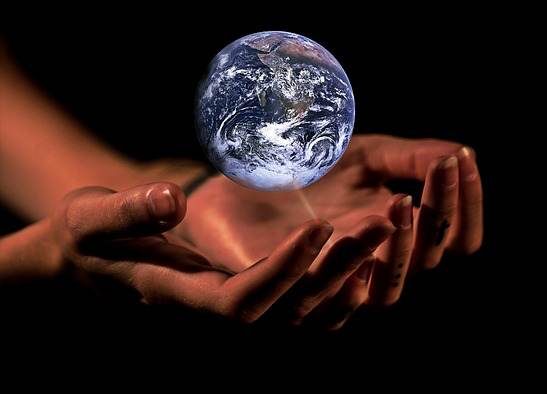 As we explained earlier this week, our latest global reinsurance market survey saw respondents placing climate change as the third most pressing issue the industry faced in the last year, after loss creep and social inflation related issues.

Speaking at the S&P Global Ratings conference in Bermuda last week, senior executives from the reinsurance and insurance-linked securities (ILS) sector largely agreed that climate change is an increasingly important issue for the industry.

Rick Pagnani, executive vice president and head of Insurance-Linked Business at PIMCO, explained that in the ILS world investors are asking more questions, saying, “It is front and center with investors.”

Brian Duperreault, President and CEO at insurance giant AIG, acknowledged the threat and pondered whether climate change could already be too big for the industry to incorporate it into risk models, saying,”That’s as big an issue as any.”

“We’ve got catastrophes due to climate change increasing and becoming more unpredictable,” Duperreault explained, adding that in Japan in particular, “The trend is pretty frightening.”

Commenting on the need for the reinsurance industry to respond to climate related risk, John Jenkins, CEO at SCOR Americas P&C Reinsurance explained, “I think we can all agree that climate change is a real issue, and we’re trying to get our hands on as much data as we can. It’s a real issue that we as an industry have to use data a lot better than we have.”

Jenkins also noted that rapid increases in values-at-risk have also exacerbated recent losses such as in California with the wildfires, saying exposures have “grown significantly.”

“As we look forward, the impact of climate change will be felt across all lines of business,” Grenier explained, but noted that answering the question of whether climate change “caused” a particular event is not possible.

He said that the scientific communities confidence is highest when it comes to precipitation and temperature related issues, given the availability of data to analyse.

But he added, “The broad consensus is that tropical cyclones will become more frequent, and likely stronger,” also saying that he expects that the United States will experience more severe thunderstorms and convective weather (tornadoes, hail etc.) this century.

Even those less convinced on the influence of climate change recognise the need to improve modelling to better understand the variability in frequency and severity that we are seeing.

“I blow hot and cold on climate change,” Brian Young, president and CEO at Odyssey Group said. “Cats happen in bunches–it’s random. With that level of variability, you’re going to have some clustering in events.”

But he added, “Certainly it’s a risk, and it needs to be priced for.”

Pagnani of the PIMCO ILS business highlighted that risk transfer and insurance-linked securities (ILS) have a role to play in responding to climate risks.

“It’s important that we think about promoting insurance to underinsured communities,” Pagnani said, explaining that instruments such as ILS and insurance more generally can help to stabilise economies after loss events occur.

Without a doubt the perception and recognition of climate related threats is growing in the industry after a number of heavy loss years.

Just recently the CEO of RenaissanceRe said that, “With each additional record breaking hurricane, typhoon, flood and fire, the evidence continues to mount that we live in a world where climate change is influencing the frequency and severity of catastrophes.”

It’s recognised that the issue of perception of climate change has been a factor contributing to slowing down investor inflows into insurance-linked securities (ILS) funds, as investors seek greater comfort that the risk is being mitigated and priced for.

At the same time, risk transfer including ILS instruments are increasingly recognised as key tools that can aid climate change adaptation.

While insurers and reinsurers are seeing the threat of climate change as increasingly urgent, raising the risk that some risks could become uninsurable.

But still, climate change as an issue polarises opinions, within the risk industry and outside.

Investors are looking for comfort that all inputs (including any climate related) are being acknowledged, modelled for and factored into rates within the industry.

So, it is encouraging that the ILS and reinsurance sector is putting increasing levels of effort into understanding our changing climate and the variability in extreme weather catastrophe events, which should result in more sustainable levels of pricing over time, helping to answer many investors questions.