The impacts of climate change present challenges for all industries and markets, but over the last two decades, the insurance-linked securities (ILS) sector has been at the forefront of monitoring new or unexpected impacts, according to John Seo, Co-founder and Managing Director of Fermat Capital. 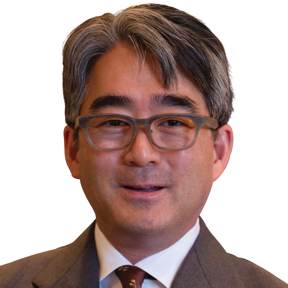 “New or unexpected impacts from climate change, particularly in the US, are likely to show first in the prices of ILS, in our view,” says Seo, in a recent industry outlook from asset manager GAM Investments.

Aside from complex societal considerations, Seo explains that from a financial viewpoint, climate change acts on investments in the same way inflation does, by potentially diminishing return expectations over the longer-term.

Expectations for the future drives the majority of the concern in both monetary policy and climate change, says Seo.

But despite this, while inflation is typically forecast for no more than a decade, climate change is often forecast for up to a century.

“With this in mind, we believe it is important to focus on asset duration when it comes to climate change vulnerability. Most ILS have a one-year term, while the longest dated have three-to-five-year term at issuance.

“In contrast, cities and large-scale infrastructure exist on a decadal timescale. While some traditional investments are highly vulnerable to the long-term impacts of climate change, ILS can reprice their returns to climate change “inflation” in the relative near-term,” says Seo.

He continued to note that over the last twenty years, the ILS market has essentially been responsive to climate change, and that this has largely been priced on a forward-looking basis.

“More generally, we believe this means the architecture of the ILS market is that of a “climate linker” and / or “climate-indexed floating rate bond,” says Seo.

For the risk transfer industry, climate change presents both challenges and opportunities.

Insurance, reinsurance, and ILS industry reports and commentary has warned of new and unexpected risks as a result of the changing climate, and this isn’t just for natural catastrophe events, but includes impacts from events such as pandemics as well.

After two consecutive years of increased natural catastrophe losses, it’s been reported that investors in the ILS space are increasingly asking questions about climate change, and the potential impacts it could have on the risk landscape.

The ILS market will need to keep responding to rising climate risk perception and reality, ensuring its pricing is always judged risk commensurate.