Citizens had planned more cat bonds for 2022, but pricing not conducive

Florida’s Citizens Property Insurance Corporation had originally been seeking more catastrophe bond backed reinsurance for 2022, specifically to fill out layers of its Coastal Account reinsurance tower, but pricing feedback from investors caused the insurer to change plans and these cat bond tranches never made it to market. 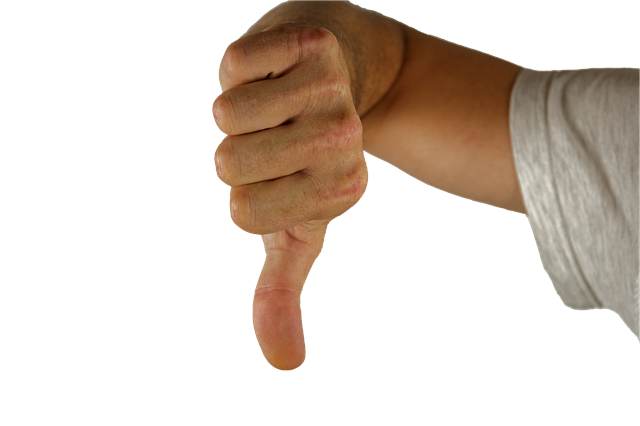 This news came out during Florida Citizens board meeting yesterday, when staff and board members discussed the state of the market and what reinsurance the insurer of last resort should try to purchase for the 2022 renewals (spoiler, it was less than planned for due to pricing constraints).

As we explained yesterday, CFO of Citizens, Jennifer Montero, exclaimed that “The markets are in complete disarray,” referring to both traditional reinsurance and capital markets.

But, it turns out, the capital markets were seemingly more in a state of disarray than the traditional reinsurance market, at least when it came to risk appetites to assume portions of the Citizens Coastal Account book of business.

Florida Citizens had been out speaking with investors early, to explain their plans for catastrophe bonds for 2022, it transpires.

But, “We watched the markets plummet over the last few months,” Montero explained to the assembled Citizens Board, going on to say, “As a result, we made the decision to place only the Personal Lines Account cat bond and pulled the Coastal Account cat bonds before announcing them due to the strained capacity and hardening price conditions.”

That approach allowed Citizens staff to focus on protection the Personal Lines Account surplus, to ensure it wasn’t over-exposed in the event of the 1-in-100 year storm that the insurer always tries to protect itself against.

But even that Personal Lines Account catastrophe bond, which is out in the market now, may not achieve the size Citizens staff had been hoping.

Montero explained that, “The final size, will most likely be smaller than expected with pricing outside the initial guidance.”

Going into more detail on the Coastal Accounts reinsurance needs, Montero explained that pricing has proved to be better in the traditional market, rather than with catastrophe bonds.

“We originally had planned a cat bond in the Coastal Account as well as the PLA,” she said. Going on to explain that, “In the beginning stages of structuring it, we reached out to some of the investors and they gave us some pricing feedback and it was it was not an effective or efficient way for us to place reinsurance at that level.”

“We could get a much better, better program on the traditional side,” Montero added.

Summing up that, “So we did make a strategic decision, as well as an economic decision, to not issue the cat bonds in the Coastal Account and only issue them in the PLA, where the pricing was more reasonable and where we needed additional coverage.”

There’s no real surprise to this outcome, given the risk aversion among investors, the spread widening experienced in catastrophe bonds, and ultimately the demands for higher-returns in the insurance-linked securities (ILS) market.

As we’ve been explaining, this is a function of global macro financial situation, capital market volatility, inflation, the risk-off environment for many investors, as well of course as ILS market investor experiences over the last few years, where catastrophe losses have proven to be elevated.

This situation has escalated and the spread widening accelerated in recent weeks, not helped particularly by the mismatch between supply of capital and demand for protection becoming exacerbated by a burgeoning cat bond market pipeline.

This has clearly impacted Florida Citizens ability to access as much reinsurance capacity from the cat bond market that it would have liked to have secured at this renewal season, resulting in more being bought from traditional reinsurance sources, which will include ILS market players it’s assumed.

Montero explained the experience Citizens has had this year, which will be all too familiar to many other reinsurance buyers by this stage.

On cat bonds, she said, “When we first thought about going to the market, there was lots of capital, it was great, lots of capacity and as we got into it, we noticed bond deals are sitting out there longer and longer.

“I think currently there are 14 bonds out there all at once that are not getting a lot of traction. Most are getting placed at smaller than they originally thought the sizing would be, with pricing outside of the original guidance. So they’re smaller and they’re costing more.

“The demand is there, the supply is not, so there’s just not enough capital to go around.

“What’s caused a lot of people go to the capital market is the dysfunction in the traditional market, that’s made a bunch of carriers try the cat bond market.”

As Montero said, the traditional reinsurance market is not a picture of rude health either, with markets late to deliver quotes and prices higher.

Hence Citizens now feeling that for the budgeted $400 million spend it will only secure around 90% of the reinsurance limit it had been seeking, leaving the insurer to make choices as to where to go a little short on coverage this year.

“Uncertainty is swirling around for the traditional market and reinsurers have been very slow when it comes to quoting. We received quotes from about half of our quoting markets. As mentioned earlier the market is experiencing dislocation,” Montero commented.

That aligns with the experience of many reinsurance buyers at this point of the renewals, which we understand look set to be a little late to complete for certain cedants and layers of programs, as reinsurers jockey to secure the best terms and positions on programs or panels.

Montero said, that where Florida is concerned, the challenges faced are not likely to go away until markets, traditional and cat bond, understand what progress is made at the upcoming special legislative session.

“The significant concerns from rating agencies, reinsurance and cap bond investors regarding the Florida property insurance market will remain until the results of a special legislative session are known,” Montero highlighted.

She said that it feels like the catastrophe bond market is under even more pressure than traditional reinsurance at this time, so it will be interesting to see how the gradual unwinding of the current pipeline, plus the outcome of the legislative session, and the seasonal slowdown in issuance during hurricane season affect prospects for cat bond sponsors.

Of course, for Citizens, trying to come back to the cat bond market during a hurricane season to top-up reinsurance is unlikely to be viable, given investors typically won’t back a hurricane exposed cat bond during the season.

But the insurer of last resort may find cat bond market conditions far more conducive come November time onwards, so it will be interesting to see whether Citizens might look to take its cat bond buy earlier in 2023, to benefit from quieter market conditions at that time, still with the benefits of locking in diversifying reinsurance capital across multiple-years ready for the 2023 wind season.