The January 2022 reinsurance renewals have seen some of the best market conditions in years, with broad firming of rates across property catastrophe lines and retrocession that promise to enable underwriters and ILS fund managers to deliver improved returns, on an average calendar year loss basis. 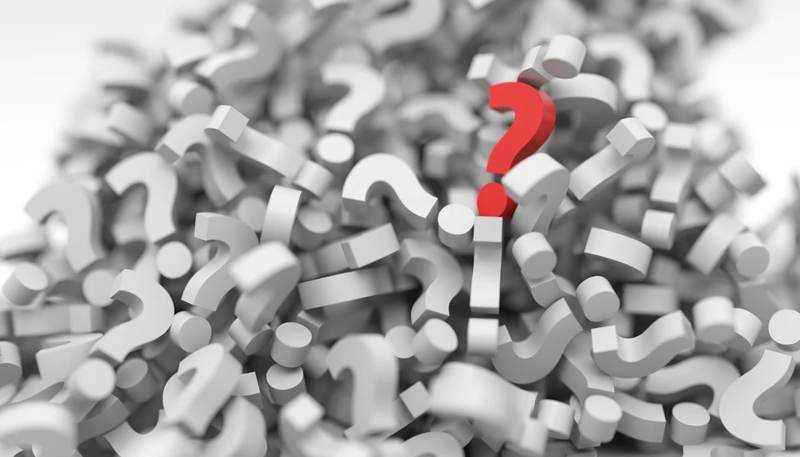 But, despite the hardening witnessed at the January renewals, property catastrophe reinsurance rates remain more than 30% below their recent historical high in 2006 and still some 17% below 2009, before insurance-linked securities (ILS) inflows of capital really began in earnest, according to Guy Carpenter’s Global Property Catastrophe Rate-On-Line Index.

Loss activity is driving debates about rate adequacy, once again, even after underwriters have secured some of the most attractive reinsurance rate increases in years.

There appears some nervousness over the ability of the reinsurance market to adequately price for a number of different factors, largely related to uncertainty, the effectiveness of risk models and climate change related risk.

Uncertainty over claims inflation, as well as economic inflation, plus loss amplification trends are a significant factor in some markets.

When it comes to secondary perils, questions over the effectiveness of risk models and whether some of these perils can ever be modelled robustly in a seemingly more volatile climate, have driven some underwriters to pull-back significantly from specific regions, especially in the United States, Europe and Australia.

Climate change questions seem to underpin every discussion about rate adequacy these days, as some investors, both equity holders in major re/insurers and ILS investors, are questioning the ability of the industry to model, understand and price adequately for climate change related influences on loss activity.

Of course, the industry would say it has the ability to reprice for changing loss patterns, severity, frequency and other factors, but if the models are constantly playing catch-up, then can true rate adequacy (over the longer-term) ever be achieved? This is a debate for another day, as it’s very hard to answer succinctly right now.

We’re in an unusual hard market, as we explained recently with the help of insights from Amwins. There is ample capacity to be deployed, but concerns over rate adequacy have held back some capital at the renewals this year.

Both insurance and reinsurance carriers have been reducing the amount of capacity they deploy into certain peril categories, especially the so-called secondary perils and in high risk regions, such as California’s wildfire exposed areas.

The pull-back has been evident across peril classes, as well as locations and even certain lines of property business, as well as in reinsurance across aggregate structures and some lower-layers.

There has also been some evidence of capacity being diverted away from catastrophe lines into other areas of specialty reinsurance at the renewals, especially in the London market.

On top of pulling-back, retrenching and restructuring, the need for rate adequacy is also resulting in some rebalancing of portfolios and some reinsurers are adding more tail risk through longer-tailed lines, as a result of this.

We’re even seeing this in the insurance-linked securities (ILS) market, where an increasing number of end-investors are exploring ways to access non-catastrophe lines of reinsurance business, with specialty and casualty both in focus.

At the same time, a growing number of ILS fund managers are exploring how to respond to shifting risk appetites, with more launches of mid to longer-tailed ILS fund strategies expected over the next few years.

Of course, this all followed another challenging year for property underwriters in 2021, with high catastrophe losses of around $120 billion for the industry to absorb, delivering more pain and ramping up uncertainty over what may come next, especially with respect to climate change and its influence on loss patterns.

Losses have come from both well-modelled perils in 2021, as well as less well-modelled or unmodelled classes of risk, which serves to accentuate the uncertainty over rate adequacy even more.

There are even questions being raised over whether rates are actually keeping up with inflationary and climate change trends at all, especially in the United States where some reinsurance underwriters believe another sharp round of rate increases are needed to attain price adequacy.

In fact, some have said the rate increases achieved this January don’t get close to covering inflationary and climate risk factors in the underlying exposure base of the industry.

As we’ve explained many times, rates need to cover an underwriters loss costs, cost-of-capital, expenses and a margin, to enable profitability over the longer-term.

Increasingly, it seems some in the market have concerns about rate adequacy being reached and this has driven some pull-back and a number of ILS investors to depart from the sector entirely. Loss fatigue has also been a factor here.

Moving into diversifying sources of risk is one thing, but for many ILS investors the uncorrelated nature of catastrophe risk-linked returns is what they brought into, when first allocating to catastrophe bonds and ILS.

So, adjusting to a more line-of-business diversified strategy, or non-catastrophe ILS focus, is out of the question for some investors without mandate updates and approval from trustees, or other stakeholders.

When discussing rate adequacy though, it’s also important to consider structure and how coverage has been delivered.

The catastrophe bond market is a good case in point, as many cat bond funds have delivered an attractive return in 2021, despite the elevated level of catastrophe losses experienced around the world and paid for by insurance, reinsurance and ILS capital.

In fact, the cat bond market, through 2021, has shown that its rates could perhaps be considered as closer to adequate, but more so because of structure and the way coverage is delivered, than by any price factor alone.

Because of the higher-layer nature of cat bonds, compared to other ILS and collateralized reinsurance or retro, the cat bond market has managed to largely report a positive year of returns to its investors, even as 2021 catastrophe losses reached the second-highest level on record, according to Munich Re.

Which means rate adequacy is not perhaps as simple as an equation of pure renewal price increases.

Rather, there is an important element of risk selection, portfolio construction, structuring, product design and management, that also plays into one party deeming rates adequate, while another may feel they aren’t anywhere close yet.

As we’ve explained numerous times, cost-of-capital is a key factor and a lower-cost of capital can equate to an ability to absorb risk at a lower return hurdle.

But this shouldn’t be applied with a blanket approach across different classes of capacity, such as ILS investor capital, as one allocator may have a very different cost-of-capital to another, because of structural features, its own diversification, efficiency of its operations, how it accesses risk and other factors.

We expect rate adequacy will be a topic of debate for much of 2022 and beyond, as the industry continues to find certain catastrophe focused strategies are increasingly untenable over the longer-term, without some more significant price increases.

All of which may serve to help the catastrophe bond market remain very competitive on price, as its offering of diversifying risk capital at higher-layer return periods looks increasingly attractive to sponsors as well.

Modelling and the ability to model a widening range of catastrophe perils, to include so-called secondary perils, as well as to be able to gain a forward-looking perspective on climate change and its influence on weather or catastrophe perils, is of course key to any debate such as this.

Technology behind models is improving rapidly and climate models are getting adopted by the industry, but the uncertainty remains significant when it comes to deriving loss potential.

Part of this is due to societal and economic changes, with exposure rapidly evolving at this time.

But as this debate persists, we’d also hope this conversation will naturally evolve to include other topics.

Such as, reducing costs in the risk transfer chain, improving the efficiency of the structures capital is allocated through, maximising the use of technology to syndicate risk, enhancing core risk transfer product design, and identifying better hedging strategies to allow the insurance, reinsurance and ILS industry to continue writing peak catastrophe and extreme weather, but with a greater focus on risk commensurate or adequate pricing and greater certainty that it is being achieved.