Catastrophe capacity could be short later in 2022: Eckert, Conduit Re

Neil Eckert, Chairman of Conduit Re, a reinsurance company that started-up just over a year ago, believes that there could be some shortages in catastrophe capacity as 2022 progresses, which may provide attractive opportunities. 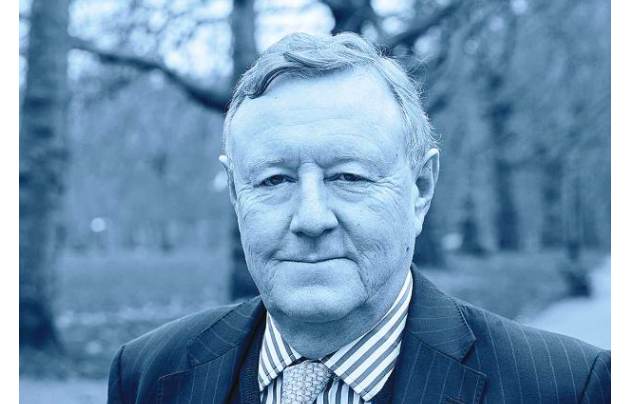 Speaking during a webcast where Conduit Re’s senior executives discussed the trading environment at the January reinsurance renewals, Eckert noted an exit from the catastrophe class of business by a lot of markets, as well as the reduction in available insurance-linked securities (ILS) fund capacity.

Underlying Conduit Re’s clear appetite for growth, which as we explained earlier resulted in significant premium growth at 1/1, is the fact momentum in terms of rate has moved faster and looks to be more sustained than the company had anticipated.

Chairman Neil Eckert explained some of the underlying trends at the renewals, “Market conditions were, I think, ahead of where we thought they would be.”

Adding that, “We launched the company into what was a technically repricing market, on the back of heavy loss activity.

“Last year ILS capacity was also more available and so we responded to that by writing more quota share. This year there was less ILS capacity, due to funds being trapped or withdrawn.”

Which suggests a growing focus on excess-of-loss business at the reinsurer.

However, the quota share focus remains core and CEO Trevor Carvey explained why that is.

“The underlying primary rate change is still very strong, and moving ahead of excess-of-loss in the main, there’s no doubt in our mind, that the quota share, gets us access to all the underlying rate dollars,” Carvey said.

Eckert said that rate increases seen at the January 2022 renewal season were “needed” due to loss activity and also the growing inflationary trend.

In addition, he highlighted the late season catastrophe losses in the United States, from tornadoes and wildfires, saying these drove some “further momentum for pricing.”

“This all strengthens our conviction and confirms our timing into the market,” Eckert said.

On the catastrophe side, Conduit Re has clear ambitions to capitalise on any opportunities that emerge with current market trends, including adjustments to the way covers are bought, or any disruption to capacity levels at future renewals.

Speaking about future opportunities, Eckert said that with the premium plan already running ahead of expectation at Conduit Re, he’d actually expect that to increase at the upcoming renewals.

Catastrophe reinsurance is one sector he chose to highlight, saying, “There’s been a lot of people withdrawing from catastrophe business in the market.

“The previous hard market was really about a technical re-rating, but this year we could well see a shortage of capacity as the year develops.”

Greg Roberts, Head of Property at Conduit Re, further said that the reinsurer continues to evaluate catastrophe exposures and expects to see a lot of restructuring at renewals this year, as cedents buy more or less cover, or adjust how they structure it.

Commenting on Conduit Re’s appetite for catastrophe exposure, Roberts said, “It’s about balance and progressively building out our portfolio, without creating accumulations or spikes in exposure.”

Any shortage of catastrophe capacity will also present an opportunity for some ILS funds, especially those that have not been as affected by trapped capital in recent quarters.

Those ILS players with structures that help them mitigate the risks of collateral being trapped may be in a strong position to grow at the upcoming April and mid-year renewals, which could also drive some new inflows to collateralized markets as well as further opportunities for the catastrophe bond sector.