Discussing the outlook for insurance-linked securities (ILS) investments in the second-quarter of the year, the hedge fund focused asset manager, which is a unit of investment firm Franklin Templeton, said that it expects the strong catastrophe bond pipeline to continue.

In addition to a positive outlook for catastrophe bond investing in the second-quarter of 2021, Brooks Ritchey and Robert Christian, Co-Head’s of Investment Research and Management at K2 Advisors, are also positive about overall reinsurance return dynamics.

They explained that, “January 1 renewal rates were positive but not as strong as expected given capital flows into the space.”

But anticipate that reinsurance rates will continue to firm, especially in the wake of recent loss activity, saying, “The large US winter storm that primarily impacted Texas is likely to be a record event for the industry. This may support higher June 1 reinsurance pricing following higher January 1 pricing.”

K2 has noticed catastrophe bond spreads declining slightly in the first-quarter of the year, driven by appetite from investors and new capital inflows into the sector it seems.

The chart below shows the asset managers’ analysis of cat bond market spreads versus high yield corporate bonds, which while clearly showing cat bond spreads as having declined, also shows that the gap between the two asset types may be widening. 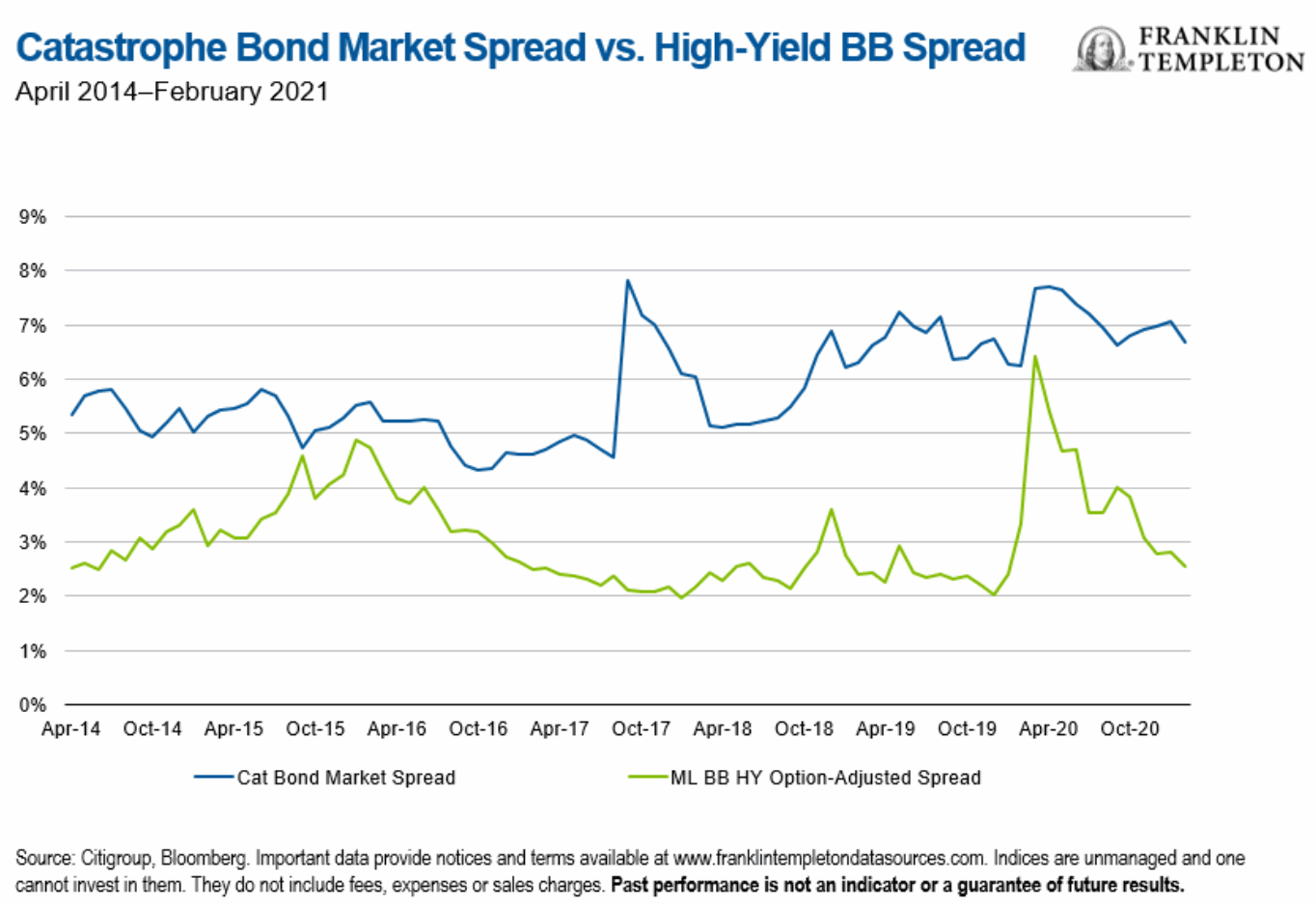 Despite the slight decline in cat bond market spreads, the team at K2 Advisors remain positive on market momentum.

Earlier this year, K2 Advisors said that current cat bond and ILS market conditions present an attractive point of entry for investors, leading the hedge fund specialist manager to give an ‘overweight’ assessment for P&C ILS and catastrophe bonds within portfolios.

There is now some evidence that spreads are declining in response to strong investor demand, on the new cat bond issuance front. While secondary prices have been otherwise buoyed by demand.

So it will be interesting to see whether that stabilises as we near the mid-year renewals, as the majority of cat bond investors and fund managers will not want to see multiples at issuance decline much further than where they are now settling.