Work is underway to develop a catastrophe bond for the Caribbean region with the support of the World Bank, with four countries currently engaged and as many as four others thought likely to join the effort. 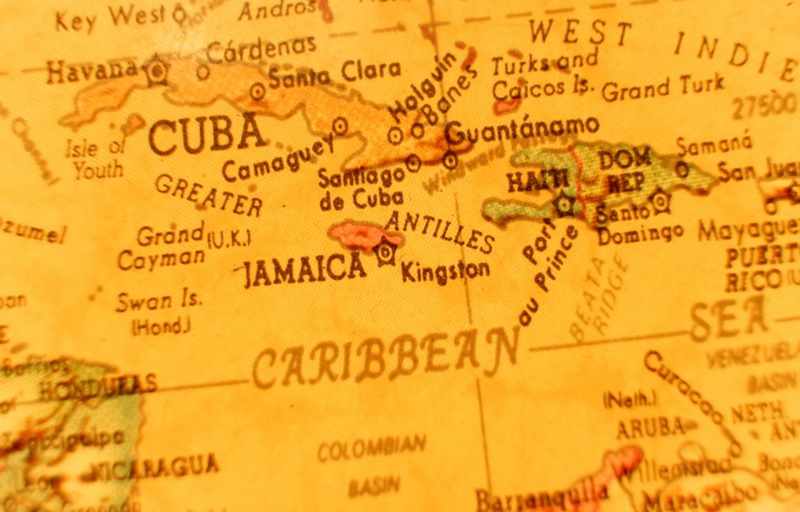 The initiative hopes to have a multi-country or regional Caribbean catastrophe bond ready for market by the time Jamaica’s landmark cat bond is due for maturity, at the end of 2023.

Jamaica’s first catastrophe bond, the IBRD CAR 130 transaction, came to market in July 2021 and saw the Caribbean island nation securing $185 million of disaster insurance protection from the capital markets to protect against hurricane and tropical storm losses, with the assistance of the World Bank and its IBRD Capital-At-Risk notes program.

Speaking last week during a catastrophe bond focused side event at the United Nations High Level Political Forum on the Sustainable Development Goals, Senior Financial Sector Specialist at The World Bank, José Ángel Villalobos, explained that the success of Jamaica’s catastrophe bond has driven discussions on broadening this important source of disaster risk insurance to cover more of the Caribbean region.

As a result, the work to design a multi-country or regional catastrophe bond for the Caribbean is now underway, with the World Bank supporting the initiative as it did with the single-country Jamaican issuance.

The World Bank has plenty of experience in bringing multi-country cat bonds to market, having done so previously to cover the four Pacific Alliance countries (Chile, Colombia, Mexico, Peru) against earthquake losses on a parametric basis.

In fact, the World Bank launched the MultiCat Program back in 2009, which was a platform designed to support issuance of catastrophe bonds covering multiple perils or indeed countries.

It should also be remembered that in 2014 the World Bank facilitated issuance of a relatively small World Bank – CCRIF 2014-1 cat bond that provided reinsurance capacity from the capital markets to back the Caribbean Catastrophe Risk Insurance Facility (CCRIF).

So the historical precedent for a multi-country cat bond is strong and there has even been one example of a cat bond benefiting multiple countries across the Caribbean, so this new initiative has plenty of supporting research and experience.

Speaking during the event last week, Villalobos of the World Bank explained the importance of regional disaster risk financing solutions, particularly for small island developing states, such as many Caribbean nations.

Cat bonds can not just provide rapid payouts when disasters occur, but they can also help to reduce the burden of debt that typically builds up after catastrophes strike, through pre-arranged disbursement of essential capital for disaster response, recovery and rebuilding.

In addition, Villalobos said that cat bonds can contribute to and enhance the sustainable development of countries that face disasters.

“We are now working on a potential Caribbean, or regional, cat bond, based on the very successful experience with Jamaica. The aim is to have this ready when the Jamaica bond expires in December 2023,” Villalobos said during the event, the Jamaica Observer reported.

He explained that the World Bank is working to assess how much capital Caribbean countries can and should set aside to fund their own disaster risk financing, as well as which countries may be involved in the Caribbean cat bond initiative.

“Right now we are working with four countries, Jamaica is one and we expect to include four other countries, which may want to explore the possibility,” he explained.

Trevor Anderson, a director of fiscal economics in Jamaica’s Ministry of Finance, highlighted the importance of assessing the different risk profiles across Caribbean countries and establishing an effective way to bundle them together under a single disaster risk cover.

Jamaica’s Minister of Foreign Affairs and Foreign Trade,  Kamina Johnson Smith, also spoke at the event and explained that there is an urgent need for Caribbean wide disaster risk financing solutions, the Jamaica Gleaner newspaper reported.

“For Small Island Developing States (SIDS), which already operate in an extremely tight fiscal space, the fact is that the compounded costs of severe weather events, and non-discretionary domestic priorities are crippling,” Johnson Smith said.

It seems there is good support from Jamaica for bringing its catastrophe bond coverage together with other Caribbean countries, to provide a more regional protection.

As we reported back in May, Dr Mari Pangestu, the World Bank’s Managing Director of Development Policy and Partnerships, had said that there was already some discussion about expanding Jamaica’s successful cat bond model to cover other countries in the Caribbean.

A regional cat bond issued with the support of the World Bank could be multi-peril as well as multi-country, given there are earthquake exposures as well as named storms and hurricanes to contend with across the region.

However, it may be simpler to begin with a single peril, but multi-country approach, so as not to over-complicate the issuance of a Caribbean regional catastrophe bond and to ensure investor buy-in can be secured more readily by keeping the structure as simple as possible.