Warren Buffett’s conglomerate re/insurer Berkshire Hathaway wants to own the entire small commercial or business insurance value-chain with its latest initiative, putting technology to work alongside its enormous appetite for risk. 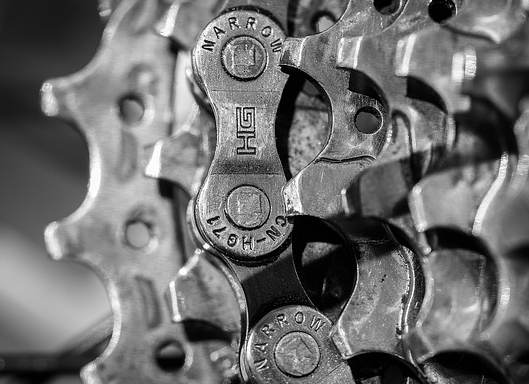 Berkshire Hathaway announced the launch of THREE this week (as our sister publication Reinsurance News covered here), an insurer promising a three-page small business policy developed to be easy to understand, apply for and which will be sold direct to commercial insurance buyers.

The company seems to be trying to emulate the success of its Geico auto insurance brand here, with direct sales of insurance using its own capacity to back the policies, resulting in a much shortened risk-to-capital value-chain with no brokerage extracting margin on the way.

Berkshire Hathaway still only sells its Geico policies either direct or through approved insurance agents, who aren’t allowed to sell any competing products.

THREE will likely see a similar arrangement, of selling the insurance coverage as directly as possible and then perhaps also attracting agent networks with broad reach to sell the product on Berkshire’s behalf.

THREE is supposed to be a digital first insurer it seems, with the website set to be its main sales engine and hence a user-friendly experience and jargon free policies are going to be absolutely key.

The coverage will be sold as a single small business policy that covers precisely what the policy says, with no need for multiple policies and the resulting risk of gaps in coverage, as is often seen today.

Current small business insurance models are also often big business insurance pared down to suit smaller enterprises, meaning the policies can be full of legalese and jargon, while the process of buying protection and ensuring there aren’t any gaps in it can require a degree in risk management, something many small business owners don’t have the time for or the expertise to do.

Given THREE will see a directly originated source of insurance risk passing straight through to Berkshire Hathaway’s own balance-sheet, meaning there is no need for insurance-to-reinsurance tiering, and the brokerage costs are removed from the value-chain, means it should provide high margins for Berkshire.

As a result, should the company decide to work with agents on THREE, in the same way it does with Geico, it should be able to pay very attractive commissions as well, which is a great way to gain new customers.

Using this model Berkshire Hathaway could roll out a new product like THREE very quickly, gaining traction fast directly and by buying loyalty from insurance agents who want to sell a policy that may offer them a better commission than competing products and that, given its three-page promise, should be simpler to sell (you would imagine) as well.

Berkshire is hoping to ride the wave of interest in more customer friendly approaches to insurance policies, that has been driven by some in the insurtech world where efforts to simplify policy language and make it easier for customers to know what they are buying into are becoming more widely used.

That, combined with what will no doubt prove to be a vast pot of marketing dollars, means Berkshire Hathaway will be well-positioned to target the small commercial sector with its new venture THREE.

On the size of this opportunity, analysts at Morgan Stanley said that Berkshire Hathaway’s launch of THREE could be a “game changer.”

The size of the small business insurance market is seen as around $100 billion in annual premiums, not a small target then for Berkshire Hathaway.

But it’s currently a very fragmented market, the analysts noted, as no single player commands more than 5% of it, meaning it could be ripe for disruption from a strategy like THREE.

In addition, it’s also a profitable sector, with a combined ratio that hovers around the 90% mark in this type of small commercial coverage.

Product complexity is the main pain point for the small business owners who consume this product, hence the strategy from Berkshire of taking that pain away is precisely the right one to target.

“Any insurers that can address the issue in a cost-effective way could have tremendous market opportunity to gain,” the analysts said, highlighting that it is likely to be insurtech start-ups, who target the insurance market with a fresh set of eyes, or new entrants like Berkshire Hathaway that are likely to drive change through this market.

Morgan Stanley’s analysts warn incumbent insurers like The Hartford and Travelers, who currently lead the small business insurance market, to take note and adapt to the changing market landscape.

But for all of the benefits Berkshire Hathaway will bring to owners of small businesses with a simplified policy and way to buy coverage, it is the shortening and actual ownership of this value-chain that may bring the most benefits to it.

As an insurance and reinsurance company, Berkshire Hathaway is so broadly diversified and large that it can manage its risks very well, having to buy less reinsurance or retrocession than major primary only players would have to.

As a result it can keep more of the premium dollars it earns, in many lines of business, and if it can own the value-chain for sourcing that risk, originating it through its own means and predominantly backing the risk with its own capital, it has a very efficient pipeline for risk premiums set up.

It’s interesting to think where else Berkshire Hathaway could make this kind of set-up work for it. Homeowners insurance would be a particularly interesting one, or even commercial property business, for less complex accounts.

Developing a model through which to establish and own a value-chain entirely, from origination of the risk through to holding it on your own risk capital, is not something many players can ever hope to achieve.

Only the largest and most diversified can hope to achieve this kind of set-up (without needing significant reinsurance backing themselves, or partnerships with a technology house) and it perhaps demonstrates where the major global re/insurers will likely put their insurtech learnings to good use over the coming years.

Maybe a smaller re/insurance player could achieve this in partnership with efficient capital providers, perhaps insurance-linked or capital markets in nature, and if the major global players look to own the value-chain across an increasing number of business lines, the only response left may be to partner up with efficient capital more meaningfully for the smaller firms.

The desire to source risk premiums as directly as possible and hold onto the majority of the risk premium generated, will continue to drive the development of both insurance and reinsurance markets going forwards.

It’s the one way to generate significant efficiencies within a re/insurance business. Taking away the rest of the value-chain means considerably more profit can be earned.

But not everyone has the benefits of a Warren Buffett sized balance-sheet, or investment portfolio, hence it looks set to be only the largest players that can make really meaningful steps in this direction independently right now.

Unless of course any of the technology giants make their own meaningful move into insurance and are willing to either create their own balance-sheet, by licensing themselves as re/insurers, or work with fronting companies and perhaps the capital markets for capacity provision.

That’s why Berkshire Hathaway’s move to launch THREE now might be considered more of an anticipation of the potential threat posed by the likes of Google or Amazon, than the threat posed by the rest of the traditional and alternative re/insurance world.

Technology giants are experts at owning entire value-chains and also creating entirely new ones. It’s just a matter of time until they find the right way to bring insurance products to their enormous user-base, as directly and efficiently as is possible.