Insurance and reinsurance market losses from the severe weather and natural catastrophe events that have struck Australia during its summer months are now thought to have surpassed A$5 billion (around US $3.35bn), according to the APRA Chairman. 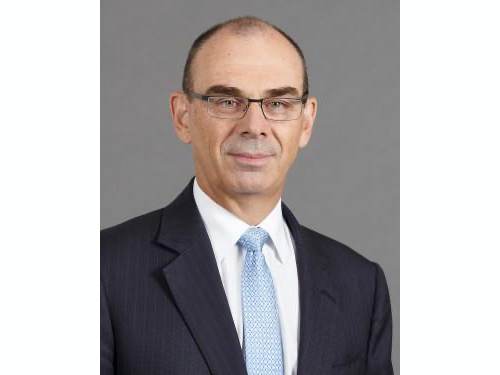 Speaking this morning in a statement made to the Senate Economics Legislation Committee of Australia, the Chairman of the Australian Prudential Regulation Authority (APRA) Warren Byres explained that while the insurance industry losses are a “significant sum” the sector is well able to manage these claims.

“Since November, extreme weather events in the form of bushfires, storms, hail and floods have severely impacted homes, businesses and communities across the country. Insurance is critical to the recovery effort, and one important role played by APRA is making sure that the insurance sector has the financial wherewithal to cover insured losses,” he explained.

“In doing so, we have been particularly focussed on the adequacy of insurers’ own reinsurance arrangements, given international reinsurance provides critical insurance capacity for the Australian market.”

Industry losses have risen steadily since about November, reaching this level of A$5 billion and reinsurance capital will have taken a reasonable share of this, not least through the major quota shares that some of the larger Australian primary insurers have in place.

Byres continued, “Current estimates for total insured losses as a result of these disasters across Australia are projected to be in the order of $5 billion – a significant sum, and crucial to affected policyholders and regions being able get back on their feet quickly.

“Pleasingly, the financial position of the insurance sector means it is well-placed to cover these claims.”

Byres highlighted the ability of the Australian insurance industry to manage these claims, helped by reinsurance capital as well as the companies own financial strength and prudent risk management.

“The insurance industry’s ability to respond to the recent disasters highlights the importance of the work APRA undertakes in relatively benign times to build and maintain strength in the financial system. Insurers have the capital strength and liquidity to meet their claims and, very importantly, remain well capitalised to respond to further events that may occur – especially as, for example, we are not yet through the Australian cyclone season,” he explained.

But there is likely to be a knock-on effect, in terms of affordability of insurance, for everyone after such as period of heavy insurance industry losses, Byres warned.

Saying, “Nonetheless, the summer’s events will undoubtedly have an impact on the price and, in some cases, availability of insurance into the future.”

Australia has been hit by severe bushfires that are now estimated to have caused around A$1.9 billion of insurance and reinsurance market loss, as well as hail storms in January for which the latest loss estimate is A$805 million, as well as other episodes of storms, flooding and hail over recent months.

Reinsurance market capacity is responding and Australian primary insurance giant IAG was the first to report that the ongoing bushfires in Australia triggered its aggregate reinsurance protection. The company then highlighted significant reinsurance recoveries from this event.

Suncorp followed suit, saying that so far claims from the bushfires had not reached its reinsurance arrangements but that its drop-down and aggregate reinsurance could come into play with as little as another A$50 million of claims perhaps tipping the balance. This insurer also highlighted that around half of its aggregate reinsurance had been eroded by catastrophes in the last week.

On the retrocession side, it had seemed unlikely that there would be too much impact, aside from through some major reinsurers sidecar vehicles or private quota shares which was likely to be largely attritional unless the industry loss spiked further.

However, collateralised retrocession manager Markel CATCo did report recently than some of its capital had been trapped due to the bushfires, suggesting the potential for some others to perhaps face similar.

Also, ILS fund manager Twelve Capital said recently that one private ILS contract it had underwritten was exposed to potential losses from the wildfires, suggesting there could be more similar ILS exposure in pockets around the marketplace.

While from the hail storms, Australian primary insurer IAG announced it will claim under its calendar year 2020 main catastrophe reinsurance program that provides it with per-occurrence protection and cover the recent hailstorm events. IAG said its gross loss impact could even surpass A$250 million.

Insurer Suncorp also recently said an “unprecedented” start to the season for catastrophe losses (including this hail event) meant it expects to make recoveries across its reinsurance program, including its main program, drop-downs and aggregate reinsurance including perhaps its stop-loss.

At A$5 billion aggregated the reinsurance market is likely to provide significant support across all the weather and catastrophe events that have hit Australia in recent months, providing critical financial support to the countries insurance sector.