The amount of alternative and insurance-linked securities (ILS) capital in the global reinsurance market remained flat through the second-quarter of 2020 at $91 billion, according to the latest data from broker Aon.

Overall, global reinsurance capital increased through the second-quarter of 2020, as traditional reinsurer capital levels recovered from the hit to their assets caused by the COVID-19 pandemic.

Traditional reinsurance capital currently stands at $519 billion, Aon said in its latest market report, which is partly thanks to fresh capitalisation efforts as well as the recovery from the pandemic hit.

But, at $91 billion and flat over the second-quarter, alternative capital “remains a significant portion (circa 15 percent) of global reinsurance capital for the market” Aon said, adding that “the diversification aspect of reinsurance risk continues to draw investors.” 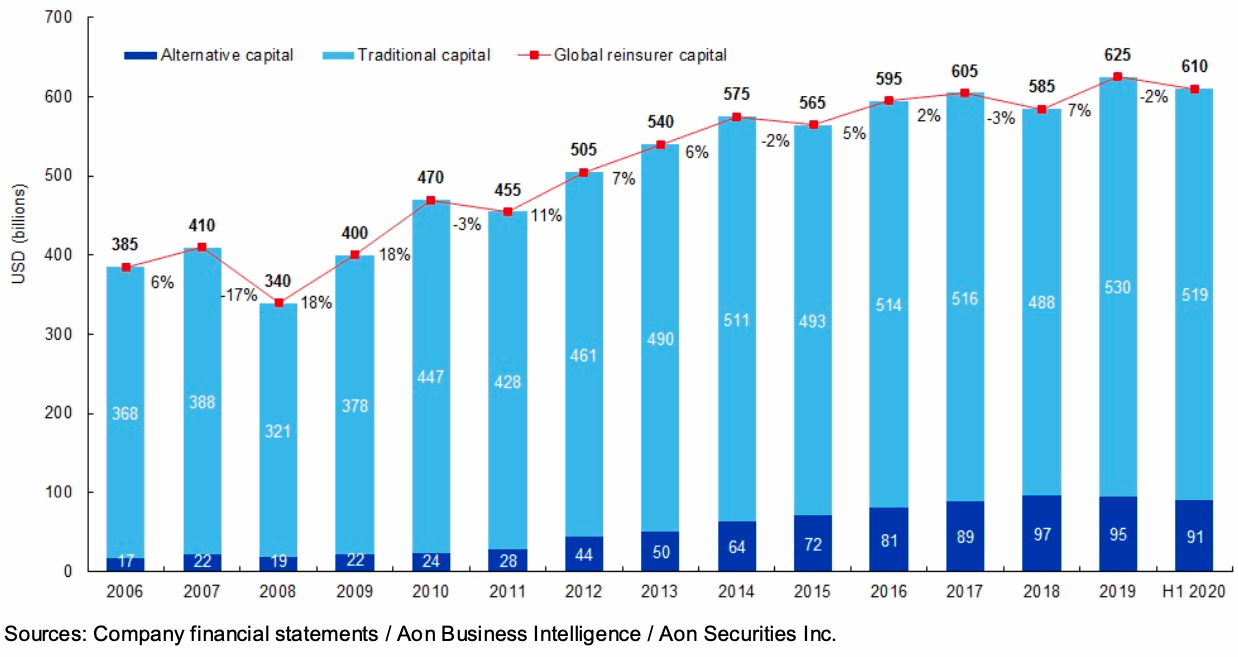 Alternative capital levels are still around 6% down from their late 2018 high of $97 billion, while at the same time trapped capital (or trapped ILS collateral) remains an issue affecting the market and reinsurance as a whole.

Aon explained, “Some of the assets supporting collateralized reinsurance contracts have been trapped, due to the ongoing uncertainty surrounding the ultimate extent of recent major losses, now including COVID-19. As a result, the funds available for deployment are somewhat lower than the headline total would suggest, a phenomenon which is impacting the retrocessional market in particular.”

While recent years have tested investors in other collateralised reinsurance structures, ILS funds and sidecars. You can see in the chart below that most of the reduction in alternative capital has hit collateralized reinsurance, which largely impacted ILS funds. 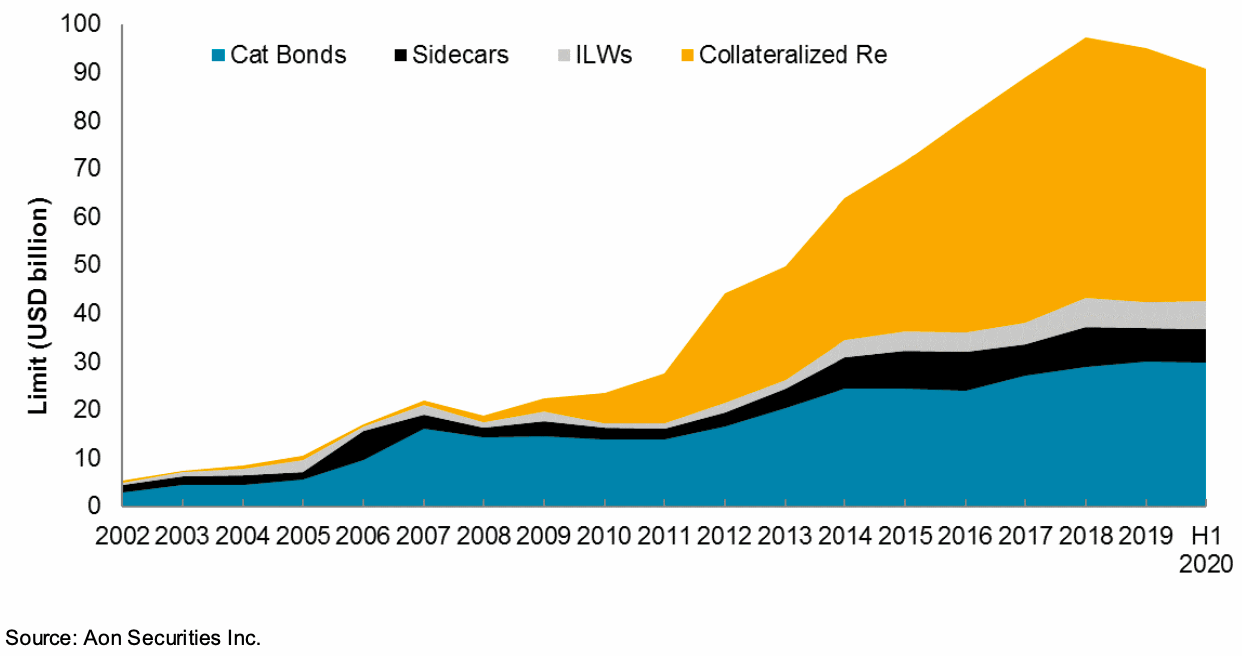 “Concerns around model credibility, loss creep, and climate change have caused some to leave and others to pause, resulting in an overall reduction in assets under management,” Aon said.

But, “Some new inflows of alternative capital have been seen, but they have tended to favor established managers with strong track records. The perceived lack of correlation with broader capital markets remains the main driver, with the expectation of higher returns now added to the mix.”

However, Aon continues to warn that further extensive trapping of collateral related to Covid-19 could cause more investors to question the value-proposition.

Overall, the capitalisation of the reinsurance industry remains a clear strength, Aon says.

But the broker does warn that, while current market dynamics are likely to remain in play at the January 2021 renewals, this could be “mitigated to some extent by the entry of new capital.”