For now the third time, alternative capital levels in reinsurance, largely in insurance-linked securities (ILS) formats, have rebounded to their previous high-level of $97 billion, according to Aon.

That came against a shrinking of traditional reinsurance capital levels, as reinsurers were impacted by unrealised losses linked to their bonds, triggered by interest rate movements.

Traditional reinsurance capital declined by $31 billion over the quarter of record, to $548 billion at March 31st 2022, a roughly 5% drop, as the global volatility hit the investment side of the business.

Alternative, or ILS capital, grew by $1 billion, to end the first-quarter of 2022 back at its high of $97 billion again, as you can see in the chart below. 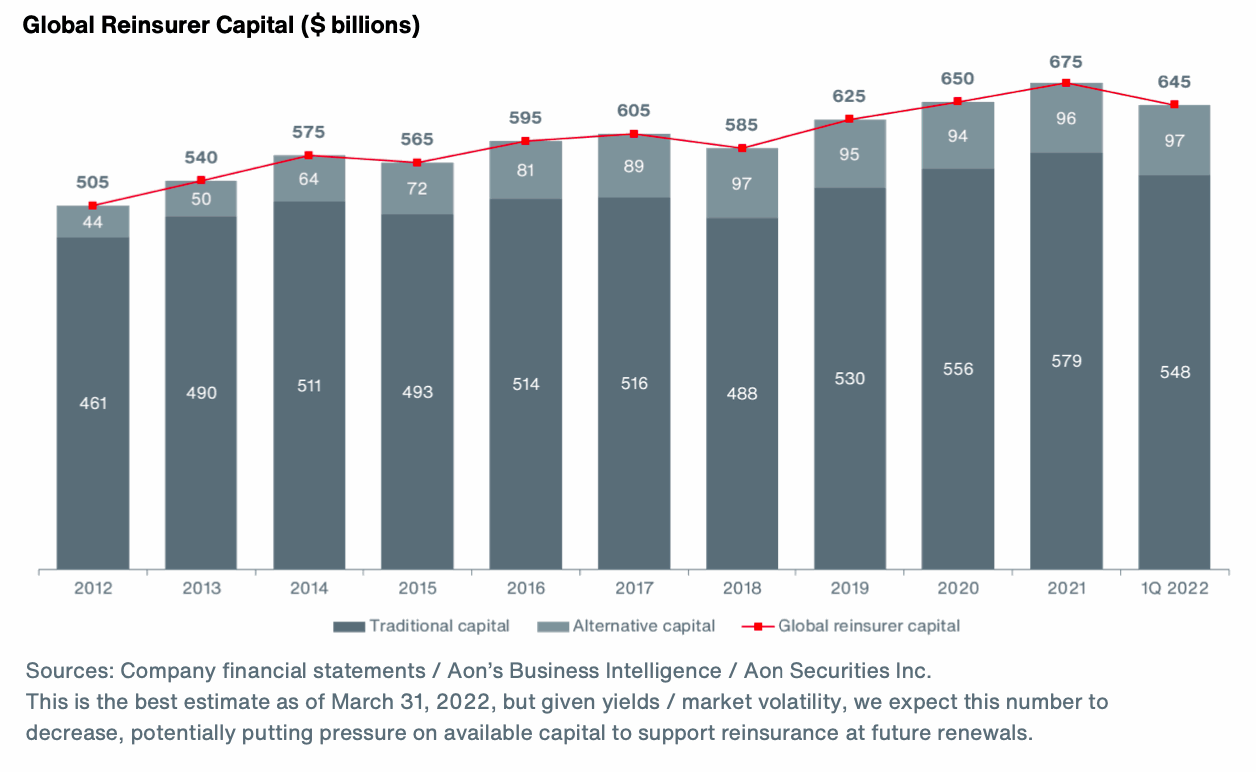 Previously, as the chart above shows, ILS capital levels were reported as $97 billion by Aon at the end of 2018 as well.

The good news in this, is that ILS and alternative reinsurance capital levels have only fluctuated by $1 billion either way for now a full calendar year, as they were measured at $96 billion at the end of Q1 2021 as well.

“Alternative capital, however, increased slightly to $97 billion, as investors recognized the value of diversification and increased margins amid more turbulent financial markets.”