Alternative capital may shorten the reinsurance cycle: Monnier, Swiss Re

The influence of alternative capacity on the peaks and troughs of the underwriting cycle have been over exaggerated, according to Jean-Louis Monnier, Co-Head of ILS at Swiss Re Capital Markets and global head of ILS structuring. 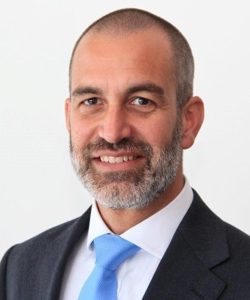 Speaking to Artemis in the Swiss Re lounge at the 2016 Rendez-Vous de Septembre in Monte Carlo he thought there would probably be more volatility from the alternative market following a major loss.

“The alternative market has had relatively small influence on the reinsurance cycle as a whole. In the past, there was the thought that because you saw cat bonds being placed at quite attractive prices that this was leading the market down. I think you need to distinguish causality and correlation.”

“It’s just that we were in a market where you had ample capacity both from the collateralised side and the reinsurance side, and both markets were going down,” he continues. “Some people were doing their cat bonds in advance of their reinsurance programme, the cat bond is public so it gets a lot of publicity and then this can be interpreted as ILS markets leading to tighter prices.”

The fact that traditional reinsurance pricing has become more competitive than the alternative market demonstrates this point, he thinks. Certainly, hard markets are not a thing of the past in Monnier’s view.

“All it would take is events to occur. You sometimes hear the argument that post event you will have new and more opportunistic money coming in on the alternative capital side. My thought is that new money would be coming in, but you would probably see more volatility.”

Certainly we are at or close to the bottom of the current reinsurance cycle, thinks Monnier: “There is a focus on the reinsurance side on technical results – you have to because the returns on the asset side are very low.”

“When you hear the messaging in Monte Carlo this year it’s not surprising you see reinsurers indicating that you can’t get much further down. You see resistance to further rate softening because you’ll get to levels where it won’t be sustainable long term.”

“From an alternative capital perspective we’re seeing interesting dynamics,” he adds. “If you look at how many bonds are going to expire between now and the coming 12 months, there’s about $7 billion maturing, and some of them may not be renewed. We do expect an active pipeline, but its possible the size of the cat bond market may reduce a bit.”