The adoption of distributed ledger technology such as the blockchain could improve the efficiency of risk capital, in insurance, reinsurance and ILS markets, by reducing frictional costs, Bermuda Business Development Agency (BDA) CEO Ross Webber said. 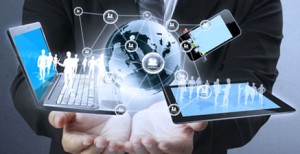 “DLT is a disruptive technology that could ultimately improve the efficiency of capital by lowering frictional costs,” Webber explained. “It’s a paradigm shift. If Bermuda gets on board, it could propel our jurisdiction to the forefront of innovation across financial sectors.”

The promise of insurance technology (Insurtech) and the blockchain is getting noticed across the re/insurance and insurance-linked securities (ILS) market, as participants recognise that the use of distributed ledger technology could disrupt the risk-to-capital value-chain, ultimately helping to make risk transfer more efficient and incumbents lower their cost-of-capital.

The BDA hosted guests from global blockchain technology consortium R3 recently, convening a brainstorming session with re/insurance players from Bermuda to discuss the opportunities for the market and for Bermuda as a domicile to become a financial technology (Fintech) domicile of excellence.

“Revolutionary” distributed ledger technology, built on the blockchain, could “fundamentally change” the business of insurance, reinsurance and ILS, as well as “give Bermuda a leading role in a rapidly-evolving digital economy,” the BDA explained.

Blockchain technology has led to the development of “smart contracts” which are capable of automating certain business processes. The reinsurance market has noted the ability of smart contracts and ledger technology to be used to provide policy automation, store contract terms, transaction value and reduce friction in the process of risk transfer.

Blockchain can streamline transactions, remove duplication, avoids the need for reconciliation of different industry systems if a standardised approach is adopted, reduces costs and enables authorisation of contracts (policies) in real-time.

Start-ups in the Insurtech world are utilising smart contracts in systems designed to shorten the risk-to-capital value-chain, reduce the need for intermediation, automate policy issuance, triggering and payouts and the technology is already being developed with ILS market use-cases in mind.

The recent blockchain catastrophe swap between Allianz Risk Transfer and Nephila Capital has provided a demonstration of the use of this technology in property catastrophe reinsurance and retrocession, with the technology provider declaring the software ready for use.

Other start-ups are looking at radical ways to issue parametric insurance policies, with risk pooling features powered by machine learning and the capital able to be provided by the capital markets, ILS funds or traditional reinsurance players.

But the main story with blockchain, which is a new technology and will take time for the reinsurance industry to use to its full potential, is the wholesale disruption of existing business models that its adoption could herald.

“This isn’t a vendor choice or a technology choice issue that requires a take-it-or-leave-it decision—this is going to be a wholesale move by large parts of the market,” commented Tim Grant, managing director of R3 and CEO of its Lab and Research Center. “What it translates into as a corporate advantage or loss is hard to say at this stage, but the opportunity cost of not being at the table could be significant.”

With blockchain and distributed ledger technologies promising a cryptographic audit trail that is maintained and validated by separate entities, enabling re/insurance and ILS players the ability to agree on and track complex transactions, while also benefiting from efficiency and transparency, it seems perfectly suited to accelerate the changes these markets have witnessed in recent years.

It’s also an interesting proposition for regulatory domiciles and alongside the ten major reinsurance companies that participated in the BDA hosted brainstorm, the Bermuda Monetary Authority (BMA) also took part and has now joined R3 as a regulatory member.

“Bermuda is a perfect ecosystem for fintech innovation and reinsurance is an industry with ‘pain points’ that DLT technology may be well-suited to remedy,” BDA consultant Stafford Lowe explained.

He also explained that a major insurer member of the R3 consortium “has estimated it will be able to cut operational costs by up to 50 percent and has told us they are eager to start collaborating with future Bermuda members.”

With the reinsurance market under pressure due to lower pricing, resulting in reduced profitability and with no sign that it will recover even after a market-impacting loss event, reducing costs and adding efficiency to the process of risk transfer and running a re/insurance business is key.

Hence any promise of a 50% reduction in costs, or increase in efficiency, is extremely attractive at this time.

Of course the incumbent re/insurance market is also going to have new competition, as a result of the rise of Insurtech, Fintech and the blockchain, with Silicon Vallyer start-ups targeting new risk transfer models that remove the need for many steps in the value-chain and which look to leverage direct connections to capital market investors and ILS fund managers.

However, this is why it is vital that re/insurers embrace this change and that markets such as Bermuda seek to be at the forefront of these trends. Meanwhile for ILS fund managers it is vital to stay informed and be ready to provide capacity and capital to new business models, as they could deliver new risk origination opportunities while further enhancing the efficiency of ILS capital.

BDA CEO Webber said that Bermuda is actively looking to position itself as a regulatory environment that could be attractive to Insurtech start-ups and one that is open to new technologies and change.

“We have been working on attracting appropriate fintech companies to the jurisdiction for a while now and we are excited about the possibility of R3 working with industry here to ensure Bermuda remains a global centre of excellence for re/insurance innovation,” Webber explained.

Some of Bermuda’s largest reinsurers are already investigating this technology themselves and welcomed the chance to collaborate and discuss the islands potential to become a hub for new technologies in risk transfer and re/insurance.

“Distributed ledger technology presents a fascinating opportunity for improving the operating efficiency, consistency and transparency across the insurance and reinsurance segment of the financial services industry,” Hanni Ali, Vice President Risk and Analytics at Hamilton Re, explained.

“A collaborative effort provides a sensible, open approach in which the Bermuda reinsurance market could take a leading role,” Ali said. “Ultimately, the concept of a shared perception on top of a shared ledger could reduce the arduous reconciliation processes common in our industry. It could improve consistency and accuracy across participating entities and significantly lower costs.”

Of course blockchain is not the only technology that insurance, reinsurance and ILS markets should be embracing and there is a need to be open to exploring new ideas, embracing product design, user experience and advanced technology, with a view to improving the risk transfer process and adding efficiency, or reducing capital costs.

The need to be involved in Insurtech is clear, both for market participants and markets themselves, as Bermuda has identified.

And with Insurtech promising to do what it can to further evolve the re/insurance industry, using whatever types of technology are available alongside efficient capital, the ILS market is well-positioned to ride this wave as well.

Insurtech promises to hike the efficiency of risk capital, as we’ve already seen the use of alternative capital and ILS do. As we wrote the other day, putting the pair together promises to accelerate the transport of risk to capital and blockchain is just one technology that can achieve that goal.

– On accelerating the transport of risk to capital (ILS + Insurtech).

– Blockchain is “made for reinsurance”, a $10 billion opportunity: PwC.

– How Blockchain Could Really Change the Insurance Industry.