$240bn of catastrophes in 2017/18 more impactful to alternative capital: Aon

Insured natural catastrophe losses have aggregated to over $240 billion across the last two years and the way the losses hit and built up has ended up being more impactful to alternative capital than traditional reinsurance, Aon notes. 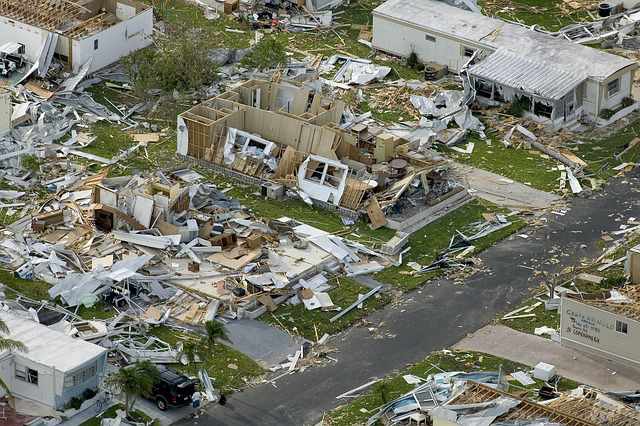 The broker explains in its latest reinsurance market report that despite the heavy losses and also an increase in demand for reinsurance solutions globally, excess reinsurance capital continues to exist.

Part of the reason for this is that, despite the $240 billion of catastrophe losses, traditional reinsurers have not seen their capital base particularly badly hit.

Aon reported in the same report that traditional reinsurance capital shrank by more than 5% during 2018, falling from $516 billion to $488 billion.

However, that’s not a particularly steep decline in overall capital considering the magnitude of the losses and also loss creep that’s been experienced.

At the same time, Aon reported that alternative reinsurance capital grew by 9% in 2018.

However, this growth was largely at the start of 2018 and before the extent of the loss creep was understood and prior to the 2018 catastrophes such as typhoon Jebi, hurricanes Michael and Florence, and the California wildfires.

But Aon’s figure of $97 billion of alternative capital at the end of 2018 is given gross of trapped or impaired capital, so signifying collateral that could not be re-used and deployed.

Some estimate that as much as 20% (or $20 billion) of 2018 ILS capacity was trapped in advance of 2019, reflecting the fact that the last two years of losses have been more impactful to the ILS market and alternative capital than they have to traditional reinsurance.

Also playing a role in the fact reinsurers escaped the largest impacts, is the fact primary insurers retained a lot of the losses given the profile of the underlying catastrophe events, Aon explained.

In addition, “The reinsured portion has been spread around a much broader pool of investors than has historically been the case.”

Traditional reinsurers “Have generally been able to trade through recent events without capital impairment,” Aon continued.

Explaining that, as a result, “The impact has been more significant in the alternative capital sector.”

“Many investors have experienced some combination of lower than expected pricing, ‘creep’ on 2017 events and further losses in 2018,” the broker said.

“The ongoing commitment of newer participants is being tested,” Aon comments, adding that “This is affecting areas most dependent on this form of capacity, notably the retrocession market.”

It was the sizes of catastrophe losses, their aggregation, the fact the loss events hit aggregate layers and retrocession contracts in abundance, that drove the largest impacts to ILS and alternative capital players.

Two years with four very major loss events that aggregated to $240 billion, but where each struck in different peril regions, with a couple being regions where ILS penetration is not as high, could have seen a far more significant impact to traditional reinsurance capital and a far smaller impact to alternative capital.

It’s impossible to protect against every aggregate scenario that could occur and 2017 / 2018 was an aggregate catastrophe scenario that nobody had expected, especially the resulting loss creep across multiple different events as well.

With this continuing today, it seems the effects of 2017 and 2018 catastrophes will be felt for some year’s to come, especially in ILS where a significant sum of contractual capacity remains trapped.

This time it was the ILS market that took the biggest hit, but next time it could be traditional reinsurers.

It all depends on the frequency, type and aggregation of loss events and the potential impact to traditional reinsurers under the worst case scenarios could be even more significant than the hit seen to ILS today, especially now retrocession is running low.

We’re returning to Singapore for our fourth annual ILS market conference for the Asia region. Please register today to secure your place at the conference. Tickets will soon sell out!

← Older article ILS Asia 2019: With one month to go, who’s already joining us in Singapore?