Having risen at the last forecast release at the start of July, the average forecast for activity in the 2016 Atlantic Tropical Storm and Hurricane Season has dropped after forecasters Tropical Storm Risk (TSR) reduced their prediction for the season. 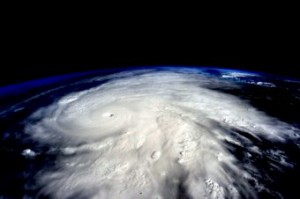 Both the TSR and the Colorado State University (CSU) forecaster Philip J. Klotzbach have released new updates on their expectations for the 2016 Atlantic hurricane season.

With 5 named tropical storms having formed to date, 2 of which intensified into hurricanes, the 2016 season had begun with a reasonable level of activity. However, despite very warm sea surface temperatures other factors, to do with wind sheer, high pressure and dust blowing into the Atlantic from Africa, have been hindering development across the Atlantic basin.

CSU forecaster Klotzbach has kept his forecast the same as the early July update, predicting a total of 15 named tropical storms, 6 hurricanes and 2 major hurricanes of category 3 or stronger.

The main reason for the reduction in the forecast by TSR is that La Niña conditions are now thought to be developing more slowly, than had been anticipated prior to the season beginning.

As a result, the expectation is that La Niña will only be a minor factor in the peak of the hurricane season, compared to the previous forecasts suggesting a moderately intense La Niña. Additionally the trade winds are expected to have a moderating effect on hurricane potential across the Atlantic basin.

However sea surface temperatures remain conducive to development, both in the core Atlantic formation zones as well as in the Gulf of Mexico and near the U.S. south-east coastline. This means that any storms that do form have a chance to intensify, so the season could reveal storms that threaten the U.S. quite suddenly, particularly in the Gulf and off the coast of Florida where SST’s are high.

As a result of the newly reduced forecast from TSR, we’ve also reduced our average, giving us an Artemis average forecast for the 2016 hurricane season of 14.1 named storms, 7.3 hurricanes and 3.2 intense hurricanes, which is still above average the long-term averages for a season.