The acquisition of XL Group was not the expensive option for insurance giant AXA, according to the firms CEO Thomas Buberl, who said that the company had a number of potential acquisition targets on the table which had more expensive valuations. 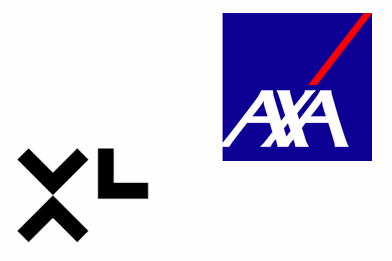 Buberl also explained that the reasoning behind looking at a company like XL Group, with its commercially focused insurance and reinsurance operations, is to be ready for what he sees as coming changes to the insurance business model, as what were once individual or personal risks, become more commercial in nature.

Speaking to the Financial Times in an interview yesterday, Buberl said that XL Group was just one of around a half-dozen companies that AXA was considering making an acquisition move for.

In fact, Buberl believes that XL’s valuation was relatively cheap compared to the other handful of transactions considered, with other companies being more highly valued.

Of course valuing an acquisition target is not just down to share price alone, there are the strategic reasons behind the deal, the fit and the synergies that all matter as well.

As we explained before, with the acquisition of XL Group, AXA gains access to a major commercial insurance and reinsurance player, as well as access to the capital markets through the firms stake in ILS fund manager New Ocean Capital Management and also its growing use of the capital markets and catastrophe bonds in its retrocession program.

Buberl clearly believes that gaining access to a broader platform and expansive sources of capital can add efficiency as he looks to transform the AXA business to one more balanced between personal and commercial lines underwriting.

Buberl explained that the acquisition of XL is aligned with AXA’s desire to expand its property and casualty insurance business, moving in a more commercial direction in response to what the firm sees as some of the coming changes to the insurance and reinsurance business model.

Strengths in commercial risks underwriting and in reinsurance, particularly in the United States, are seen as important traits for AXA going forwards and Buberl believes that this positions AXA to be ready for the changing re/insurance model.

“Many risks will move from an individual, frequency-based risk to a commercial, more severity-based risk,” Buberl told the FT, adding that innovations like the autonomous vehicle will mean that personal auto coverage will become less necessary, as commercial liability covers for manufacturers and software makers are increasingly needed.

It’s clearly an important shift that is coming and auto insurance is just one area where this is seen as a likely shift to occur, from personal or individual risks to commercial or group risks.

But there are other reasons XL’s commercially focused operations are likely attractive to AXA, not least the fact that the other major players in reinsurance are all developing growing commercial insurance footprints at the same time as they also move into personal business, alongside technology plays or investments in insurtech start-ups.

That means AXA is likely to increasingly face competition in its business from capacity that hails from major global re/insurance players, making its own expansion into commercial lines and reinsurance a natural shift, as it too seeks greater lines of business and value chain position diversification.

As major insurance and reinsurance firms shift to becoming risk bearers with multiple pronged origination channels, global players that are too personal lines focused may find they are the next to face intense competition, making expansion into commercial areas of re/insurance particularly attractive and also necessary for them.

Buberl defends the decision to make the acquisition, as shareholders and analysts have not all been enamoured with the move, calling it a “strategic decision.”

But it’s clear that looking deeper at the way the insurance and reinsurance market has been moving and will continue to, that some kind of move to acquire expertise in commercial arenas of the market, as well as greater access to reinsurance and the capital markets, would complement AXA’s personal focus and its own innovation efforts.