Mozambique has been hit by one of the worst natural disasters to ever strike the country, after cyclone Idai barreled into its coastline and drenched the region, resulting in hundreds of deaths and significant devastation. 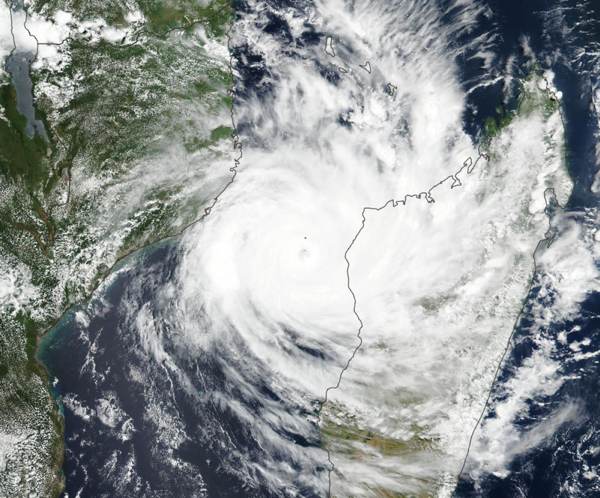 The number of deaths caused in Mozambique alone by cyclone Idai has now reached over 400 according to the latest reports, with another 300+ killed by the storm in Zimbabwe and Malawi.

Those figures are likely to rise even further, as floodwaters subside and authorities get to the worst affected areas of the country.

Thousands of people are still trapped by floods and in total cyclone Idai is thought to have affected around 1.7 million people across southern Africa.

While meanwhile cholera has been detected in Beira, the city closest to cyclone Idai’s landfall and cases of malaria have also been noted to have increased.

The World Bank has responded with a $90 million grant from the International Development Association (IDA) which will be delivered to support the government of Mozambique’s Disaster Risk Management (DRM) and Resilience Program.

The financing will aim to support the government’s development of a disaster risk financing plan, which the World Bank said will include, “the operationalization and capitalization of the recently established Disaster Management Fund; strengthen disaster preparedness and response; and build climate resilience into vulnerable education infrastructure.”

“As we approve this financing, my thoughts go to the families of those who perished during the cyclone Idai and the flooding season in the center of Mozambique. We will ensure that $9 mllion of this financing be made available for emergency as soon as the project becomes effective,” commented Mark Lundell, World Bank country director for Mozambique. “This program seeks precisely to strengthen the capacity of the government to respond quickly and build more resilience in the communities for future climate hazards.”

The aim is to help enable Mozambique to respond to disasters more rapidly, through better disaster risk financing, as well as to raise its resilience.

The World Bank estimates that climate change could result in an economic impact of up to US $7.4 billion between 2003–50 in Mozambique.

Lundell explained the need for the government to have the “fiscal space” to respond “quickly and effectively” to disasters.

In the past the finances and public resources made available to available have been lower than those needed to cope with disasters and catastrophic events.

As a result, this program of funding is designed to incentivise the government of Mozambique to “purchase sovereign risk transfer products from the insurance and capital markets to manage the financial impacts of disaster shocks,” the World Bank said.

Financing the ability to respond to disaster is key, alongside financing resilience to reduce the impacts of said events.

Cyclone Idai has shown that it is important the initial response to disaster is financed from within the country, as aid can reach the most affected areas more quickly if the government has the funds rapidly available to it.

Yes, sovereign disaster risk transfer can be costly, but the grants will help Mozambique to pay premiums follow-on donors will likely assist in years to come. However, sovereign risk transfer in isolation cannot help as much as a program designed to enhance resilience as well.

Risk transfer, with the support of insurance and reinsurance markets, does need to be delivered alongside programs of preparation, resilience and education as well, to help the government and people of a country to understand the rising risk exposures that may be faced due to climate change and to educate on the importance of securing contingent financing for disasters in the most efficient manner possible.

It’s also important to try and quantify the benefits of resilience, versus the benefits of risk transfer, to find the right mix of spending to ensure donor funding and government finances are spent in the most effective way possible to protect the country and its people from future catastrophe events.