A damaging complex of thunderstorms raced across Upper Midwest US states including Iowa, South Dakota and Minnesota yesterday, with wind gusts of over 100 mph reported and structural damage said widespread. 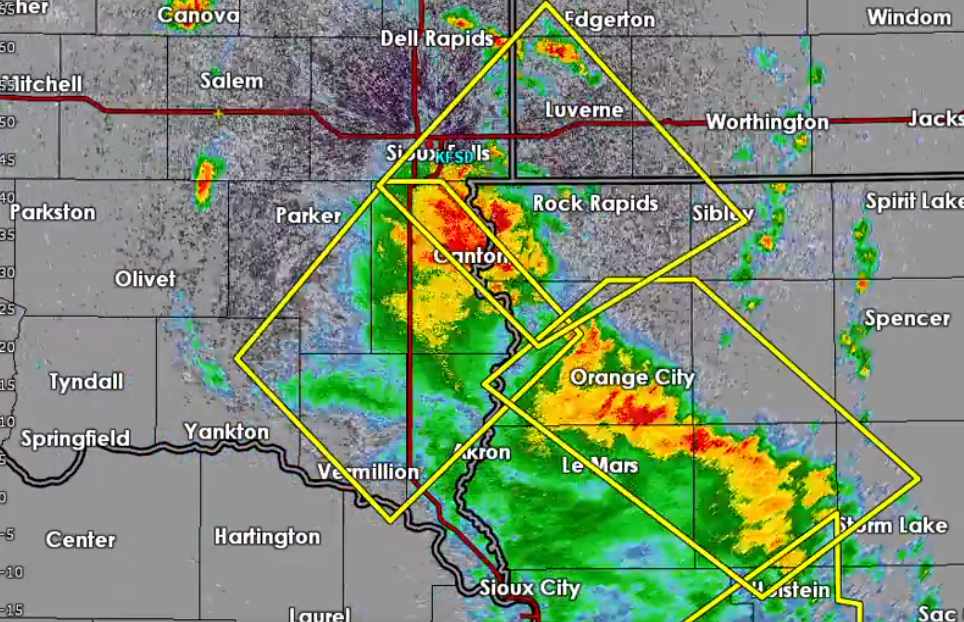 The US National Weather Services Storm Prediction Center said yesterday’s event, which is being called a Derecho, likely saw the second most significant 75 mph+ hurricane force wind gusts of any severe storm event since at least 2004.

The NWS received more than 200 reports of damaging winds across states from Kansas to Wisconsin, with the most significant damage experienced across a region from eastern Nebraska, South Dakota, Iowa and into southwest Minnesota.

Reports show pockets of significant structural damage and more than 70,000 people lost power during the event.

Typically these Derecho type storm complex events can result in relatively high insurance and sometimes even reinsurance market losses, as they bring hurricane force wind gusts to regions where that kind of weather is less typical and widespread structural impacts can be felt.

It’s far too early to suggest this event will cause a market loss of any significance, but the outbreak of storms will add to rising losses from the US’ severe thunderstorm and convective weather season.

A Haboob, or dust storm, also occurred as part of this weather event and reports suggest this line of storms raced across counties at 65 mph+ causing widespread damage across an extensive area.

The highest wind gust of the event was reported at 107 mph in South Dakota, with other gusts recorded at or near 100 mph and numerous above hurricane strength.

In 2020, another midwest Derecho event that devastated Iowa and surrounding areas drove an aggregate insurance and reinsurance market loss of around $7 billion, according to Swiss Re’s sigma data.

Which shows just how damaging these complexes of thunderstorms and high winds can be.

Significant wind gust reports from yesterday’s event may actually end up outpacing the August 2020 Derecho, according to the National Weather Service.

Although meteorologists caution that location and the number of recording stations are everything with these wind reports, having a significant bearing on how many are reported with one event or another, when these storm complexes are spread across wide areas.

Yesterday’s event appears to have caused damage across agricultural regions, which may suggest losses will be much lower.

But it still has the potential to be a relatively meaningful regional insurance market loss and added to other recent severe thunderstorm and tornado outbreaks is likely to grow the US severe weather loss tally for the industry.