Weather patterns are strange beasts and this year has seen particularly unusual weather conditions across the globe. The latest evidence of unseasonal weather occurred in the U.S. Midwest over the last few days as a large, tornadic storm moved its way north.

The system impacted the Midwest and northwest plains region of the U.S. which saw several tornadoes touchdown and also many severe wind events which caused a number of casualties and damage across many states.

EQECAT says that there are three factors which caused this unusual storm; an anomalously strong jet stream across the northern U.S, a strong low pressure system with origins in the southwest, and an unseasonably warm air mass in the southern half of the country. There were 12 confirmed tornadoes in Wisconsin, Indiana, Kentucky, and Ohio. None attained major status but all were of at least hurricane force winds.

Storms like this while unusual can cause widespread losses, they are also becoming increasingly frequent and have the potential to cause billions of dollars of damage. EQECAT say that it’s too early to give loss estimates and that any estimate given at this stage would be unreliable due to the nature of such storms.

A timely aside to this is that storms such as this are going to be closely monitored by the cedent and investors of the Mariah Re Ltd. catastrophe bond which is currently being marketed. As that cat bond is providing cover to its cedent against thunderstorms this kind of event would have a good chance of qualifying under the deals terms we believe.

The image below (from the NOAA) shows you just how big this storm was. 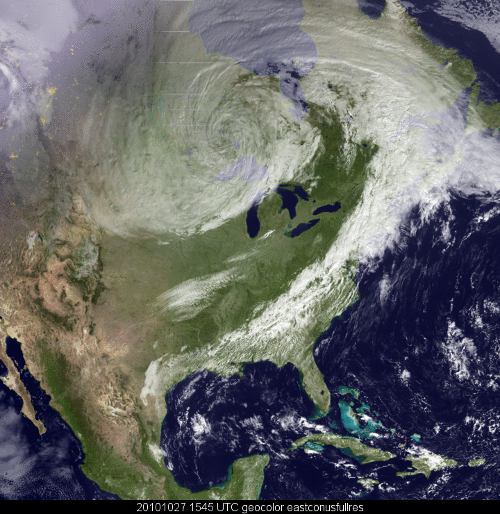