The United States Treasury continues to explore its options for terrorism risk sharing with private markets, with terrorism catastrophe bonds once again under discussion at committee level. 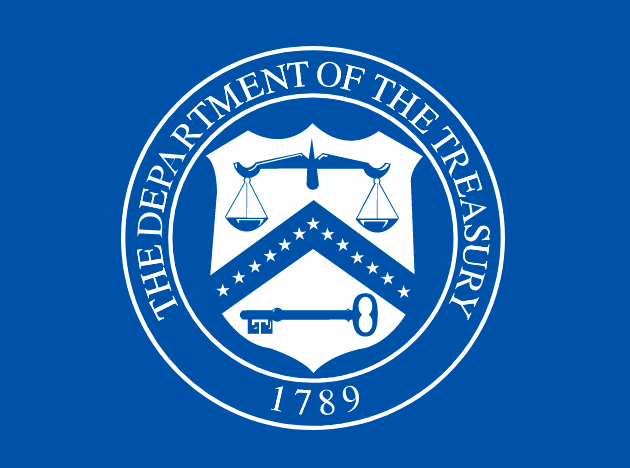 This involves an assessment of all of the options available, from retaining risk, risk pooling mechanisms, to traditional reinsurance and also insurance-linked securities (ILS) solutions.

The U.S. Treasury’s Advisory Committee on Risk-Sharing Mechanisms (ACRSM) has now met twice in recent weeks (having not met at all in 2018) to discuss putting together recommendations and advice for lawmakers on the options available to them.

Encouragingly, the ACRSM features experts from across the insurance, reinsurance and also insurance-linked securities (ILS) community, with John Seo of Fermat Capital representing the capital markets angle in the discussions.

Having seen recordings of the last two meetings it is clear that the Committee is focusing on recommendations that could make a meaningful impact on the government’s ability to share some of the terror risk exposure with private markets.

As part of this discussion the capital markets and use of catastrophe bonds are regularly raised, as one avenue ripe for exploration and perhaps the largest source of risk bearing capital available to the United States, should it elect to de-risk the government balance-sheet and taxpayers, which are currently the insurer of last resort.

The U.S. Treasury is therefore encouraging the use of private market risk transfer solutions for terror risk, with financial structures that can enable pre-funding such as reinsurance and insurance-linked securities (ILS) firmly on the agenda again this year.

In one of the recent meetings, John Seo of Fermat Capital explained that the completion of the first terror catastrophe bond in 2019 for sponsoring UK reinsurer Pool Re was a good sign for the future use of ILS for terrorism risk transfer.

On the Baltic PCC cat bond Seo said, “It’s a positive of course. From the pricing and the terms, to the good support in the secondary market, the implications for ILS market development are a positive.”

He continued, saying that deals like the Baltic terror cat bond are “how new market’s get started” adding that the way the ILS market for terror risk is beginning to emerge is “very promising.”

Further commenting on the Pool Re cat bond that, “This was placed in a fairly difficult time for the traditional and the ILS market earlier this year. After two bad years of losses in 2017 and 2018 the market was not exactly swimming in capacity across the board and yet they were able to place this deal.

“It was about as widely syndicated as many mature ILS placements are and the support in the secondary market afterwards was quite impressive.”

Seo also noted that while there is a common question about terror risk and its suitability for ILS investors, given as a peril it has possible correlation effects, this is becoming less and less the case for large, sophisticated investors.

He explained that large institutional allocators are becoming more sophisticated at how they look at issues such as this and are really looking to ensure they are compensated for the risks that they take on.

So having exposure to major terror events in other kinds of assets like equities that they aren’t compensated for at all, at least in an ILS investment they would be fully compensated for that risk.

He also noted that institutional investors are able to accept more concentration risk than reinsurance firms, which could help the U.S. government to de-risk further than using traditional risk capital alone.

Seo also explained that given the capital available in global markets, if terrorism risk can be ceded to ILS investors and funds in greater volumes there could be a price stabilisation effect across terror insurance and reinsurance as well, as has been seen in peak catastrophe zones such as Florida.

He noted that thanks to the ILS market there is now significantly more reinsurance capacity available to support Florida wind risk and the states insurance market.

“The traditional reinsurance market offers roughly $40 billion of limit to the Florida insurance market. The ILS market has roughly doubled the capacity for reinsurance in the Florida market,” he explained. “When you start to get to those types of levels that you do get that price stabilisation. We’re a long way from that on the terrorism reinsurance side, but should it go to that level I would expect the same.”

Mike Sapnar, CEO of reinsurer TransRe and the Chair of the Committee, said that it is “Desirable to encourage the growth of private market capacity for terrorism insurance and reinsurance,” as well as the development of non-governmental private risk transfer mechanisms.

The need for capacity to support terrorism risk is significant and if the markets can find a way to make the most palatable areas of the risk tower available in forms suited to reinsurance and ILS capital there is no reason that a combined approach of traditional and alternative cannot significantly boost the backing for U.S. terror risk insurance coverage.

The Committee is due to produce a report for the Federal Insurance Office (FIO) in June 2020, which will feature recommendations and suggestions for how best to proceed in encouraging private market participation in risk sharing programs.

It could be some time before the ILS market is really mature enough to offer sufficient capacity to support the U.S. government’s terrorism risk capacity needs. But these discussions help to position the ILS market as a key emerging source of capacity to back terror insurance and as a result many industry experts expect we will see ILS participation in the backing for TRIP in years to come.