Insurers and reinsurers are understandably nervous about the recent outbreak of tornadoes. Last year tornadoes caused in excess of $26 billion of economic losses and killed hundreds of people. Of course they also caused the default of the two Mariah Re catastrophe bonds. Now we seem to be beginning another extremely active tornado year, but this time we’re starting it much earlier than in 2011. Up to the 3rd March the U.S. Storm Prediction Centre reports 262 (233 inflated adjusted) tornadoes which is way above the average for this point in the year.

Last year had only seen 42 tornadoes by the 3rd March, while only 2008 had seen more with 396 by this stage of the season, the annual average by that date would usually be 122 tornadoes. Of course an early start doesn’t always translate into heavy insured losses, but it certainly is enough to make re/insurers nervous. You can see the count of tornadoes so far versus previous years in the chart below (click for a larger version). 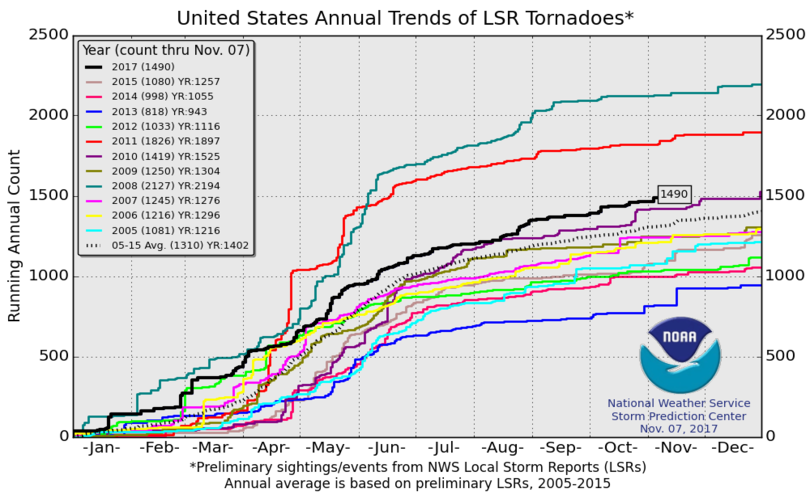 So far we haven’t seen a tornado cause the level of insured losses that some of the outbreaks last year resulted in. Recent outbreaks look likely to cause losses in the hundreds of millions of dollars. It is early days in the season though, which tends to peak in July and August. With the early and intense start to the tornado season it seems likely that even if insured losses aren’t as high as 2011 they still have plenty of time left to become significant.