Torrential rainfall, damaging large hail and the resulting widespread flooding from two outbreaks of severe storms across Istanbul and the surrounding region of Turkey in the last fortnight could end up costing local insurance companies as much as US $200 million, it has been reported. 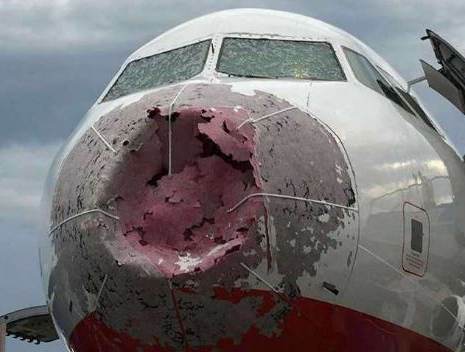 The storms struck the Istanbul region on the 18th July and the 27th July, with flooding reported widely within the city, strong winds toppling cranes, fires due to lightning strikes reported, golf ball sized and larger hail damaging cars and properties and widespread damage to agricultural crops in the region as well.

Steve Bowen, Director and Meteorologist at Impact Forecasting, the risk analytics and modelling unit of reinsurance broker Aon Benfield, explained to Artemis that media reports suggest a combined loss for the local insurance industry in the region of US $200 million.

“Each event was marked by powerful thunderstorms tracking over densely populated areas in the greater Istanbul metro region. In addition to large hail – which included maximum hail stones approaching 90 millimeters (3.5 inches) in diameter – there was isolated flash flooding as well,” Bowen explained to Artemis.

The storm on July 17th flooded a significant number of homes, businesses and cars, according to local media reports, with the Istanbul metro also shut for a time due to flooded stations.

The storm on the 27th July, which saw the largest and most impactful hail storms, as well as strong winds, torrential rainfall, lightning and flooding, impacted residential and commercial properties, agricultural land, crops and industrial facilities, as well as causing hail damage to a significant number of cars.

Reports from Turkey showed people queuing to have their windscreen repaired after this storm and at one point supplies of glass were said to be running low as a result of the demand for repairs.

Not all property owners will be able to claim from insurers, as despite having mandatory earthquake coverage in Turkey many residential properties remain underinsured when it comes to other peril exposures.

At this stage it’s too early to know whether reinsurance arrangements will be called upon to support insurers in paying these claims, but these twin summer storm events in Turkey clearly demonstrate the potential for natural perils other than earthquake to cause relatively significant losses to the local insurance market.