Tremor Technologies, the insurtech with a technology-based programmatic insurance and reinsurance risk transfer marketplace, has experienced particularly strong growth in 2021, expanding the amount of risk transferred through its marketplace with $175 million of premium transacted this year.

Since Tremor launched in 2018 the risk transfer and reinsurance marketplace has now priced more than $8 billion of limit with over 120 reinsurers, Lloyd’s syndicates and insurance-linked securities (ILS) funds.

The company has also expanded the types of placements it has facilitated, with a wide range of risks and structures now tradable through Tremor’s platform.

In addition, Tremor has grown its business by 400% in 2021, with marketplace revenues rising  by that amount year-on-year.

$175 million of reinsurance premium in a year is a significant amount and remember this is actual, committed trading, not just placement, or quoting, where humans have to mop up the end of the process.

Tremor facilitates actual price discovery and optimised execution of reinsurance placements, which makes its continued adoption by industry participants all the more interesting, as it implies a growing understanding of the value-proposition of true electronic trading and marketplace technology across the insurance and reinsurance industry.

Since 2018, Tremor has now facilitated the transaction of $278 million of reinsurance premium through its marketplace, with $175 million of that traded in 2021 alone. 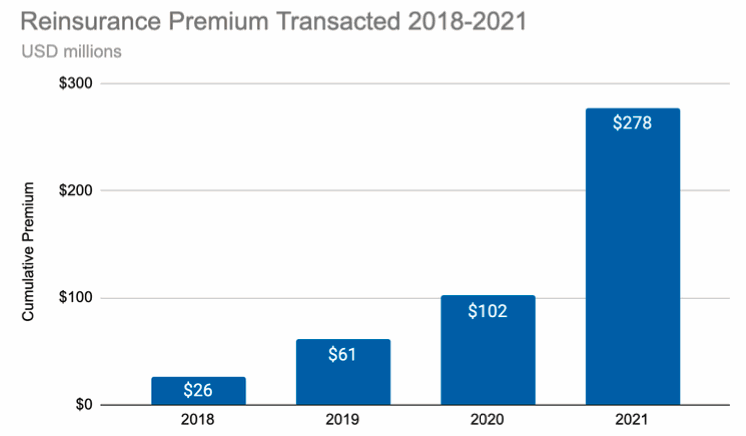 “While the market has continued to harden overall and traditional reinsurance placements struggle, Tremor has had its best quarter yet delivering required capacity for challenging placements well ahead of renewal dates with record numbers of participating reinsurers,” the company explained today.

Perhaps even more important than the clear traction in terms of premium, is the broadening of the range of programs placed using Tremor’s marketplace technology.

But Tremor has now placed a diverse range of reinsurance programs, with now more than 16% of limit priced to-date coming from casualty treaty placements, while a similar percentage features parametric placements, including Industry Loss Warranties (ILW’s).

Tremor has also been active in the retrocessional reinsurance market, pricing and allocating a number of placements across type and structure. 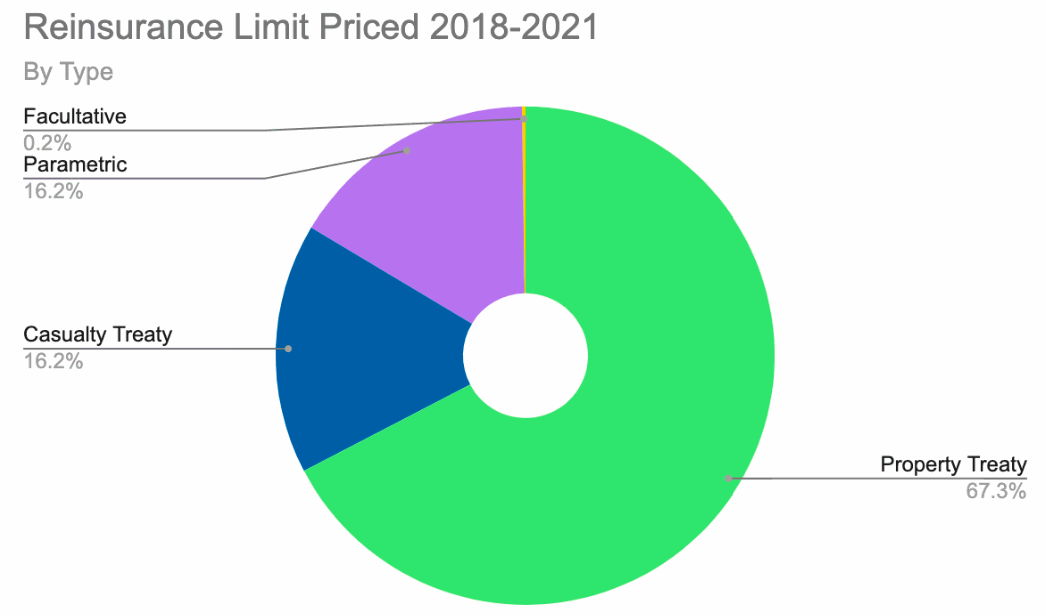 Tremor is also now pricing and optimising the transacting of both proportional and non-proportional reinsurance structures, across treaty and facultative placements.

But now, thanks to the continued evolutions of its technology, Tremor can now just as easily price and allocate a complex quota share placement, as it can a property catastrophe excess of loss tower. 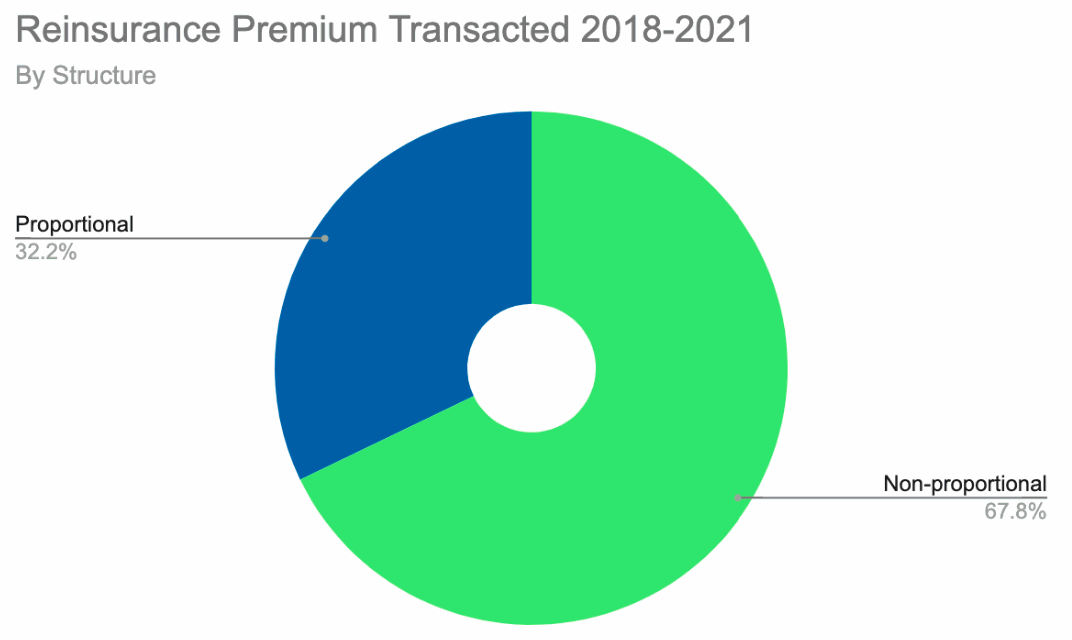 The statistics speak for themselves, showing just how effective Tremor’s software can be and how adoption is likely to rise further, given its marketplace is becoming part of certain ceding company renewal processes.

To-date, Tremor said it has sent out 2,100 underwriter participation invitations to authorise capacity and has made an impressive 193 capacity allocations.

Even more impressive though is the fact that the average placement duration using Tremor is just 2.3 days, from quotes to signed lines. That is a statistic reinsurance buyers should really take notice of.

At the same time, a typical reinsurance placement on Tremor has an average of 42 cedent-approved participating reinsurers. The number of reinsurers and specific reinsurers are dictated by the cedent on a per-placement basis, as the cedent can have full-control of its placement and which counterparties it trades with.

2021 has been a breakout year for the company, both from a business perspective and a product development perspective. As the pandemic has proven that risk can be transacted remotely, sophisticated online trading platforms like Tremor are perfectly suited for the permanent, new way of working – but taking it to the next level. Tremor is delivering a fit-for-purpose marketplace to suit modern risk transfer. Relationships will continue to be important, brokers will still play a role, but make no mistake, the pandemic has forced the market to modernize and there is no going back. Tremor’s results speak for themselves – the rapid growth of faster, better and more competitive reinsurance placements powered by data and modern market structure.

Sean Bourgeois, Tremor Founder and CEO commented, “We achieved perfect product-market fit earlier in the year with Tremor Panorama, our next generation marketplace, and we’ve continued to enhance from there – launching a wide range of on-platform features during 2021 while tripling our client base and quadrupling our revenue. I’m very proud of the talented team at Tremor, and grateful for the opportunity to serve the market of insurers and reinsurers to dramatically improve price efficiency with our modern market model for risk transfer.”

Over the course of 2021, Tremor completed its first significant casualty reinsurance placement, a European cedent placement and several loss making renewals, all under the shadow of a hardening market, uncertainty and loss activity.

“Some had suggested that Tremor could only work in a soft market for commodity programs – we have always stated that Tremor brings the most competitive market regardless of market conditions, whether programs are loss making or not, whether the placement is a property catastrophe placement or a complex, multifaceted casualty quota share – 2021 has allowed us to prove that Tremor is simply a better market model in every dimension,” Bourgeois continued.

Looking ahead, Tremor has more plans to continue iterating on its marketplace functionality and to address some specific areas of note to the reinsurance market, such as contract wording automation, catastrophe modeling integration, payments, claims notifications and more.

“We are just getting started – transacting reinsurance is going to look completely different in a few short years – far more price and cost efficient – and we are proud to be leading the way,” Bourgeois said.