While the long-term impact of alternative reinsurance capital and ILS on catastrophe re/insurance profits remains unclear, reinsurers such as Munich Re have an increasingly ability to cooperate with alternative capital to their own benefit, according to Torsten Jeworrek. 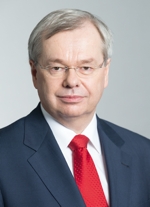 Speaking to Artemis in a pre-Monte Carlo Reinsurance Rendezvous 2016 interview, Torsten Jeworrek, Member of the Board of Management at Munich Re gave his thoughts on some of the trends we can expect from the reinsurance market as the next key renewal season approaches.

How are catastrophe losses so far in 2016 likely to influence reinsurance pricing as we approach the 1 January renewals?

Indeed, losses caused by natural catastrophes in the first half of 2016 were significantly higher than the corresponding figures for the previous year. In total, losses up to the end of June came to $70 billion (previous year $59 billion), of which $27 billion ($19 billion) were insured. The main loss drivers were powerful earthquakes in Japan and Ecuador, storms in Europe and the US, and forest fires in Canada.

But even after six months it is still much too early to determine the impact of nat cat losses on the market for January renewals. For instance, in the third quarter of 2016, the Pacific climate oscillation ENSO is expected to switch to a La Niña phase, which then influences other weather patterns across the world. For example, La Niña tends to promote the formation of hurricanes in the tropical North Atlantic and a greater number of typhoons in the Philippines. More average large-loss activity will certainly provide a more realistic picture of profitability, which should help to factor these expenses into pricing.

I think it is unlikely to be one single large event that will turn the market, but rather a series of losses and other incidents such as further consolidation or even insolvencies, a worsening of results, etc. From a regional perspective, however, huge loss amounts are not always necessary to temporarily affect pricing.

What are some of the changes taking place within the reinsurance industry as a result of growing ILS capacity?

Pension funds provide the majority of the alternative capital. They are searching for stable returns and diversification and continuously increase the share of alternative asset classes within their investment portfolios. The sustainability hasn’t yet been tested by a huge cat loss, however. I assume that a certain amount will stay in the market following an event or change in interest rate environment, but some will leave for sure.

To a very large extent, alternative capital is invested in vehicles covering peak risk scenarios like US wind and US earthquake due to their short-tail nature and the availability of external models. We see no significant signs that alternative capital is moving into other lines of business beyond natural catastrophe, except for hedge fund reinsurance, which is predominantly targeting casualty lines of business.

Alternative capacity providers need to collateralise reinsurance liabilities at least partially, as they typically lack a rated balance sheet (one exception being hedge fund reinsurance). While the long-term impact of alternative risk transfer on nat cat profits is still unclear, potential threats could arise from private, not fully collateralised structures. There have been a few attempts to establish “hedge fund re” models which try to leverage the insurance cash flow with high-risk investment strategies. We don’t think these are sustainable.

On the other hand, there is an increasing role for our ability to cooperate with alternative capital. There is huge demand to develop insurance solutions for risks which are difficult to diversify within our industry, such as pandemics. Here, cooperation can really create value for all involved parties.

Could we see more consolidation between reinsurers in the future?

For the most part, reinsurance sector consolidation is taking place among smaller companies, meaning that there will be stronger market players in future. This will not impact on competition in the short term, but in the medium term it may lead to price consolidation and hence be good for the market.

How can the industry better address the catastrophe protection gap that exists in many markets?

We see the property catastrophe market as one of the reinsurance industry’s growth areas. Emerging markets in particular are often highly exposed to nat cat risks. But only a small share of the losses is insured: around 10% in South America, 8% in Asia and as little as 5% in Africa, for example. With our know-how and our strong capital position, we develop solutions to enable more and more people to access insurance and thus create a more stable economic basis.

In addition, the support of local governments is necessary to create the right conditions for insurance penetration. We also welcome the important steps taken at the G7 summit and the Climate Summit to support insurance solutions as a future adaptation measure.

Thanks to Torsten Jeworrek for his time and market insight.

« Older article ILS leveling out (for now), but that’s a sign of a healthy market: Experts