The Pacific Island nation of Tonga will receive a US $8 million payout disbursement from a World Bank arranged catastrophe contingent line of credit, under a Catastrophe-Deferred Drawdown Option, or CAT-DDO. 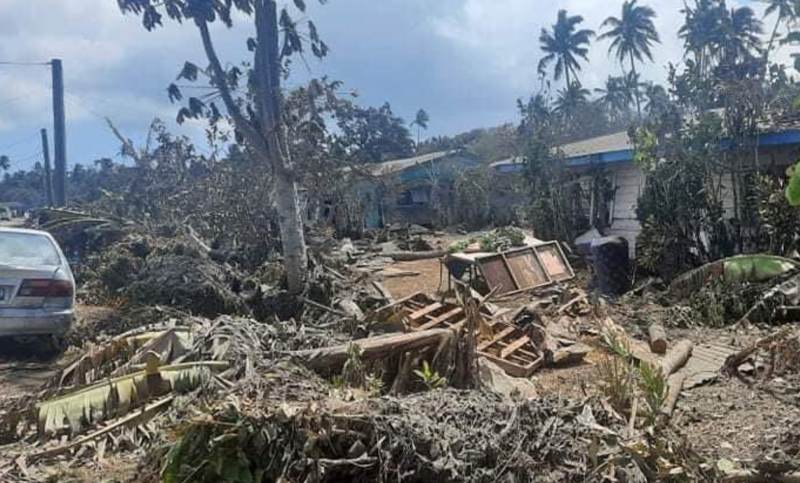 Tonga and other islands in the region were severely impacted by the eruption of the Hunga Tonga volcano on January 15th and the resulting tsunami that washed over the island.

Thankfully the death toll has not been anywhere near as high as it could have been, with so far only three reported deaths from the disaster.

But the impacts to lives and livelihoods will be particularly significant, with some of Tonga’s smaller islands seeing the majority of properties impacted and many destroyed.

Property damage on the main island is also significant and some of the images now emerging show a scene of devastation, while Tonga has also been cut off for days and its people are set to face significant challenges, while its economy will suffer from the catastrophe as well.

As a result, any rapidly disbursed financing is important and will be welcomed, so the news that the World Bank’s catastrophe contingent credit product has again been triggered is positive for Tonga’s recovery prospects.

The World Bank said it has disbursed an initial US $8 million in emergency financing to support the Kingdom of Tonga’s response and recovery after the devastating volcanic eruption and tsunami on January 15.

The Hunga-Tonga-Hunga-Ha’apai undersea volcano is located roughly 65 kilometers north of Tonga’s main island of Tongatapu and it erupted on January 15th creating an ash plume at least 30 kilometers high and 260 kilometers wide.

Thought to be one of the most powerful volcanic eruptions on the planet in decades, the World Bank calls this a once in 1000-year event.

A series of tsunami waves impacted islands across the nation of Tonga, with wave impacts also felt in in Samoa, Fiji, Vanuatu, Australia, New Zealand, Japan, and the western seaboard of the American continent (from Alaska to Chile).

The funding, which comes from the International Development Association (IDA), is linked to the Tonga Second Resilience Development Policy Operation with a Catastrophe-Deferred Drawdown Option, that provides for rapid disbursement of funds in the event of a catastrophic event.

“While a full picture of the damage from this major disaster will require further assessment, we know that damages are significant Tongans have extraordinary strength and resilience,” commented Stephen Ndegwa, World Bank Country Director for Papua New Guinea and the Pacific Islands. “The World Bank stands shoulder-to-shoulder with Tongans at this challenging time, as we will continue to do so in the months and years to come.”

Tonga also has a similar catastrophe triggered contingent disaster financing arrangement with the Asian Development Bank (ADB), but so far we have not heard if that has been triggered.

It also has parametric catastrophe insurance in place from the Pacific Catastrophe Risk Insurance Company (PCRIC), but this is designed to respond to cyclones and earthquakes, not to volcanic eruptions or tsunamis.

The World Bank CAT-DDO provides much-needed liquidity at the point of disaster, making these instruments akin to catastrophe bonds, in how they secure a line of catastrophe contingent funding, albeit in a repayable form, rather than insurance or reinsurance.

But they show the important role of catastrophe triggered financing arrangements, as well as their usefulness when severe disasters strike.

Catastrophe contingent debt is but one tool in the disaster risk financing box, that can be utilised alongside insurance, reinsurance, or capital market instruments such as catastrophe bonds.