The evolution of the cyber reinsurance sector has seen a significant shift in market structure to something much more palatable for providers of insurance-linked securities (ILS) capacity, according to Ari Chatterjee, Chief Underwriting Officer (CUO) at Envelop Risk. 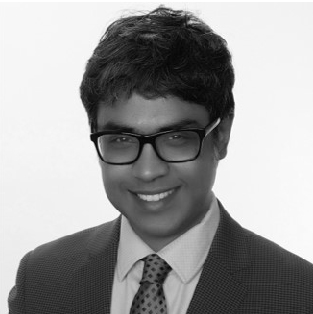 Prior to 2020, cyber risk exposure was on the rise globally amid the increased interconnectedness of the world and accelerating digitisation.

The arrival of the Covid-19 pandemic and subsequent rapid spread of the virus across all corners of the world in early 2020 intensified this trend, leading to a dramatic spike in e-commerce take-up.

As a result of enforced lockdowns in an effort to stop the spread of Covid-19, demand for cyber insurance picked up and in turn, this is expected to push up demand for both cyber reinsurance and retrocession coverage.

To date, a lack of significant demand for cyber reinsurance has been one of the reasons the ILS space has failed to embrace cyber risk. But, at the same time, if and when a truly major breach occurs, it’s believed that the capital markets will be needed as the exposure is seen as too vast for the traditional markets to manage alone.

“We totally believe that this is the right time that ILS should find a way into the cyber reinsurance market,” said Chatterjee in a recent interview with Artemis.

“Previously, there were certain problems with the market in the structure. So, a lot of capacity, demand was in the proportional market as opposed to the excess of loss market. And, most of the excess of loss deals that used to get placed, were being placed on a risk attaching basis.”

As a result, the tail of exposure was often more than three years, which ultimately made the risk less attractive to capital markets investors. However, as the market’s evolved over the past year, Chatterjee noted a substantial shift from the risk attaching to a claims made structure.

“Essentially, this means that you could place occurrence covers or aggregate excess of loss with a tail of no more than six months after the expiry, so that definitely makes it much more palatable for the ILS market,” said Chatterjee.

“And, the average rate on lines have also grown quite substantially. They are in the range that the ILS player can easily come in,” he added.

Over the past 12 months, some of the Bermuda-based ILS carriers have completed a few collateralised reinsurance structured deals, and the anticipation is that this will continue and intensify as dynamics remain favourable for providers of third-party capital.

“We are hopeful that this year we’ll see more and more ILS capacity come in as we see that the rate on lines are quite healthy. And, we haven’t seen any major losses in cyber catastrophic for the last few years, but the prices for capacity have gone up pretty substantially higher due to the demand / supply mismatch. So, that’s ideal for someone like the ILS players to offer capacity in this marketplace,” said Chatterjee.