Since January 2020, storms and floods impacting Australia have driven more than three-quarters of a million claims and an enormous AU $12.3 billion of losses to the insurance and reinsurance market. 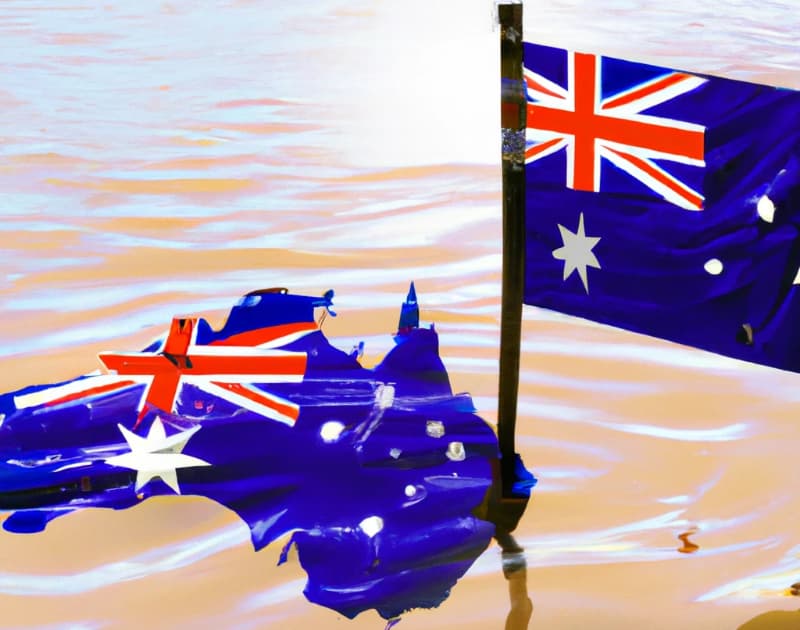 The eastern side of Australia has been particularly affected by flooding, as well as convective storm events, while South Australia and Western Australia have been hit by storms and cyclone activity over the same three year period.

Since January 2020, the Insurance Council of Australia counts almost 788,000 insurance claims related to floods and storms that had been declared Insurance Catastrophes or Significant Events, resulting in these AU $12.3 billion of industry losses (approx. US $8.3bn).

It suggests that as many as one in 25 adult Australians has made an insurance claim because of severe weather over that period.

2022 has proved to be particularly expensive for the insurance and reinsurance market, because of storms and flooding in Australia.

The 2022 flooding in February and March remains the largest single event, with an AU $5.65 billion insurance industry loss estimate attached to it.

That is now the most costly insurance catastrophe event in Australia’s history, the Insurance Council explained.

More than 237,000 claims were filed after the floods earlier this year, with insurers now having paid out $3.54 billion and closed 69% of claims from this event.

Severe weather in July that struck parts of western Sydney and surrounds drove nearly 22,000 claims at a cost of $244 million, the ICA said, while mid-October storms and floods that hit Tasmania, Victoria and New South Wales have generated over 17,200 claims with estimated insured losses of $477 million.

Finally, more recent flooding that impacted the Central West of New South Wales has so far resulted in nearly 3,600 claims filed, but it remains too early for a loss estimate for that event.

You can see details of all the storm and flood insured loss events over that three year period below: 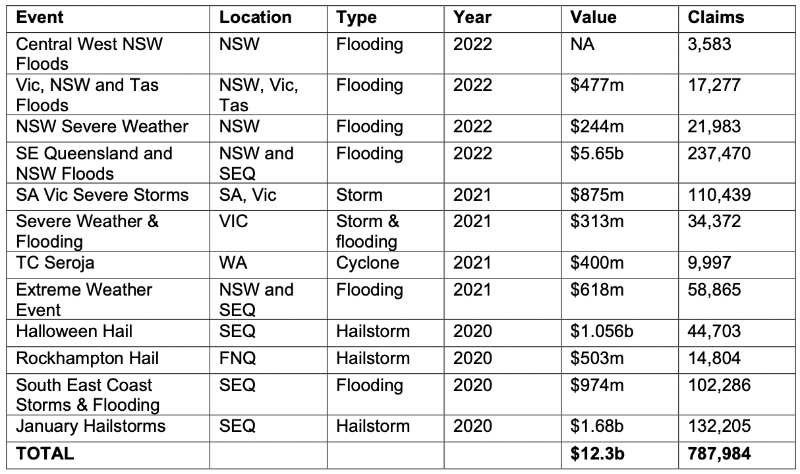 Reinsurance capital paid out for a number of the above events, including for the flooding earlier in 2022.

These storms and floods have been a significant catalyst for losses to reinsurance and also some ILS capital providers over recent years, while eroding insurers catastrophe budgets and causing them to call on reinsurance support.

ICA CEO Andrew Hall commented, “Each one of the 788,000 wild and wet weather claims lodged with insurers over the past three years represents a significant disruption to an Australian homeowner, tenant, landlord, business owner, primary producer or motor vehicle owner.

“The fact that one in 25 of us has had to lodge an insurance claim because of this extreme weather is very sobering.

“We must not ignore what this data is telling us to do – invest in community-level mitigation, home retrofits, home buybacks in the most extreme cases, and better early warning systems.

“We also need to stop building homes and in harms’ way and make new homes stronger.

“While these figures show the massive impact of extreme weather events, they also show how hundreds of thousands of Australians have been helped back on their feet by their insurer.

“Given the scale of this year’s flooding in northern New South Wales and south-east Queensland it’s pleasing that more than two thirds of claims from this event are now closed, and insurers are working around the clock to close out the remainder.”