The reinsurer of the future is here today, but costs still need to be cut

The reinsurance company of the future is one which has access to both a traditional balance-sheet as well as alternative capital, and is sophisticated enough to recognise when there are sources of capital with a lower-cost than its own, that can be deployed to the benefit of its clients. 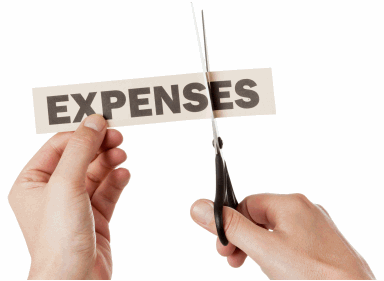 Speaking at the recent SIFMA IRLS 2018 conference in Miami, Ben Rubin, Executive Vice President, Director of Capital Markets at re/insurer AXIS Capital, explained that he believes the future business model of reinsurers is already being practiced.

The reinsurance market now has more options available to it, from the traditional range of reinsurance products, to new products developed thanks to innovation and of course the growing pools of collateralized reinsurance capital and its offering, Rubin said.

“The reinsurer of the future is one which takes the best of both worlds, and I think both sides recognise that a reinsurance product, by definition, is a fantastic product,” he explained.

He highlighted the financial strength rating of reinsurers, which ILS investors can benefit from through partnerships, as well as the twenty or thirty year relationships that reinsurers often have with their clients.

“Reinsurance companies recognise that others have a lower cost-of-capital, that there’s technology that can be deployed in the service of our key clients,” Rubin said.

He went on to say that the reinsurer of the future is not one that is just “looks capital light” appearing more like an MGA with all of the capital sourced externally and deployed through funds and the like, rather it is one that also has the traditional company abilities of originating, pricing, and structuring of risk, as well as the settlement of claims.

Rubin supports a best of both world’s approach, of the expertise and resources of a traditional reinsurer, along with the capital flexibility of a manager and user of third-party capital.

“In many ways reinsurers are the incumbents, but we also have to be extremely aware that those companies that are going to be successful in the future are those that utilise joint ventures, that partner with other people who bring something else to the table and that’s in the form of alternative capital.

“That could be a lower cost-of-capital, that could be the willingness to partner and leverage the existing infrastructure that we have. I think the reinsurer of the future is here today,” he continued.

Rubin went on to say that he doesn’t think there is one form of capital more important than another, saying it’s not a case of choosing one or the other, suggesting that reinsurers should be looking to leverage both forms of capital in harmony with each other.

“Those companies that are going to be successful are going to be able to partner with those funds, pension funds and others, to leverage an existing fixed infrastructure and deliver it in a much more efficient way,” Rubin stated.

But that reinsurer of the future may be one with a smaller balance-sheet overall, other speakers at the event suggested, as capital markets backed funding from third-party and institutional investors becomes an increasingly important tool for reinsurance firms to leverage.

“Of course there are a whole series of funds that are already affiliated with reinsurers. I think that fits with the notion that we have a very robust and varied wholesale risk trading sector.

He said, “If you think about what the reinsurance industry has provided historically and what this new sector provides, it’s capital. That’s risk absorbing capital.

“There’s been an evolution in the last twenty-five years of how capital has been brought into the equation and how companies can use that to optimise their overall balance-sheet capital structure.”

Millette suggested that this will mean smaller reinsurers and also highlighted the need for them to control their costs.

But Millette also highlighted one of the benefits that the large traditional companies can have, especially on the primary side, franchise. In discussing the pending AXA – XL acquisition, he explained the importance of franchise and why that’s attractive to ILS investors.

“Primary companies have franchise, the wholesale risk trading market has capital. Capital doesn’t all have to look the same, but franchise companies are going to have the ability to deliver that all around the world,” he said.

Lohmann also highlighted the fact that, while the future reinsurer may indeed be here there remains a lot of work to do to ensure that this model is sustainable, much of which will revolve around cost-efficiency and expense control.

“They need scale and need to cut the cost, because delivering insurance is too expensive. That’s one of the things that’s driving this,” according to Lohmann.

While the reinsurer, or the reinsurance business model, is likely in existence today, by the time it evolves further into something sustainable over the long-term it may appear quite different.

Cost will remain an issue, particularly as reinsurance firms increasingly use lower-cost capital for their underwriting.

Reinsurers will have to make their expense-base sustainable, while not holding as much risk on their own balance-sheets and therefore not earning as much return from all of their underwriting.

As a result it’s likely that alternative capital and ILS structures will play a much larger role in the reinsurer of the future’s business model than anyone can envisage today. But the journey to get there could be a painful one, filled with expense savings and rationalisation.